The Untold Stories of Women in Science and Technology: Let's Write Them Permanently into History

December 11, 2014 at 4:26 PM ET by Megan Smith, Jo Handelsman
Twitter Facebook Email
Summary:
Too many of the breakthrough contributions of women in science, technology, engineering, and math (STEM) fields continue to go untold, too often fading into obscurity. Let's write them back into history. 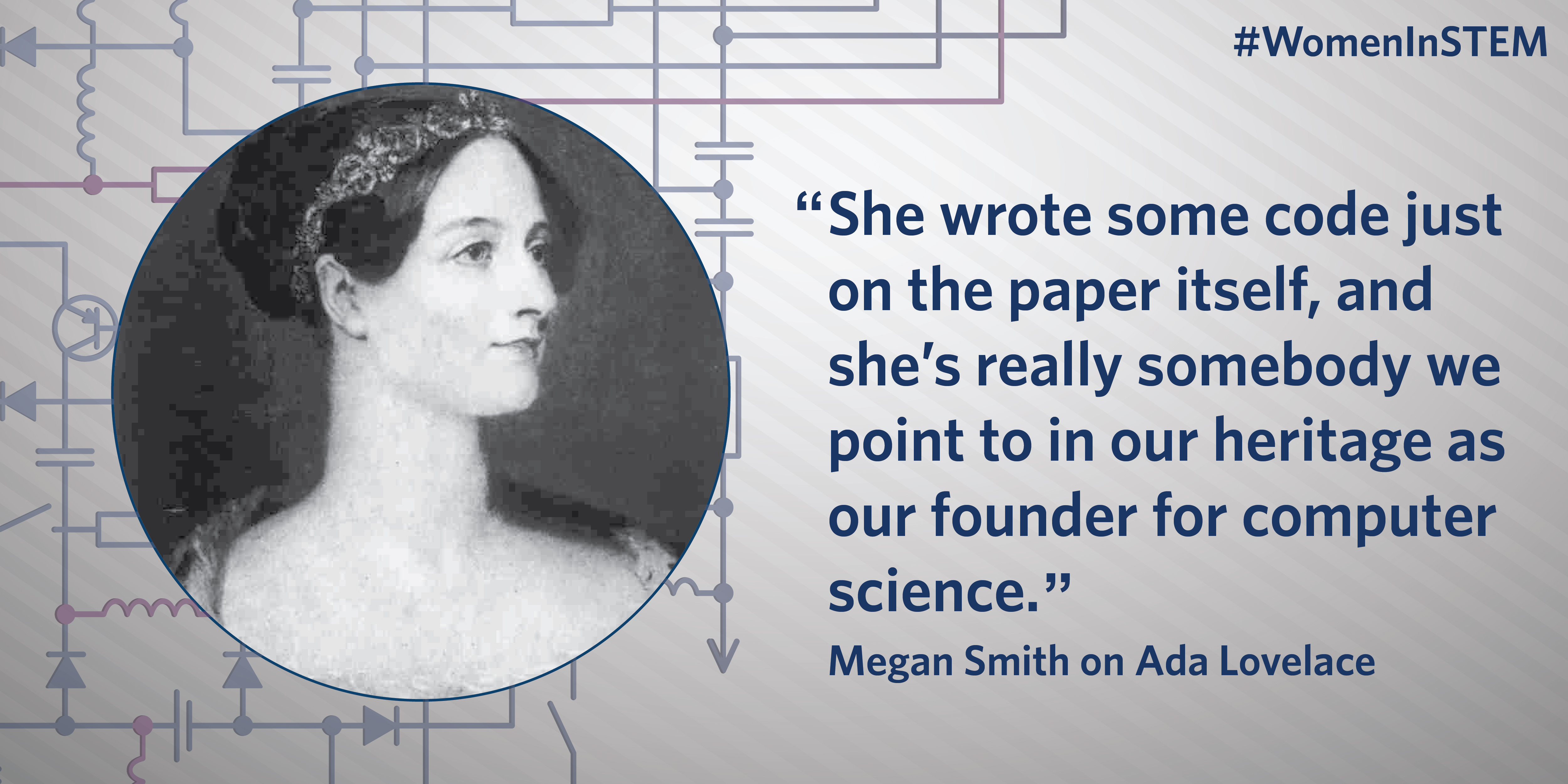 A painting of an elegantly dressed woman named Lady Ada Lovelace hangs on the wall at the U.K. Prime Minister's residence at 10 Downing Street.

She's considered to be the world's first programmer -- but most people have never heard of her.

Ada Lovelace's experience remains all too familiar: So many of the breakthrough contributions of women in science, technology, engineering, and math (STEM) fields continue to go untold, too often fading into obscurity.

Join us in doing something to change that: Listen to women from across the Obama administration share the untold stories of women who’ve inspired us.

Then add an untold history of your own, and make a commitment to share these stories in any way you can to help inspire more young women and men to pursue careers in science, technology, engineering, and math.

Women were central in the early teams building the foundation of modern programming. They unveiled the structure of DNA. Their work inspired new environmental movements and led to the discovery of new genes. It's past time to write their stories permanently into history, so they can stand side by side with the extraordinary men like them who have used their technical and innovation skills to bring needed solutions and discoveries to our world.

And here's what's worth noting: Telling and sharing these stories will actively help create more of them in the future. Research shows us that a key part of inspiring more young people to pursue careers in science and technology is simply sharing the stories of role models like them in these fields who have had a significant impact on our world.

Stories like that of Rosalind Franklin, whose research was essential for revealing the structure of DNA. There’s Katherine Johnson, who calculated key flight trajectories during the Space Race. The ENIAC team -- six young women “Computers” who were the first digital programmers in America. Or Navy Rear Admiral Grace Hopper, who first developed computer languages and a compiler to translate them into machine code.

If you don't know those names, it's time to learn: Take a look at our interactive audio hub -- and then watch, share, add and commit.

Megan Smith is the United States Chief Technology Officer. Jo Handelsman is Associate Director for Science in the White House Office of Science and Technology Policy.