Putting an End to a Preventable Scourge 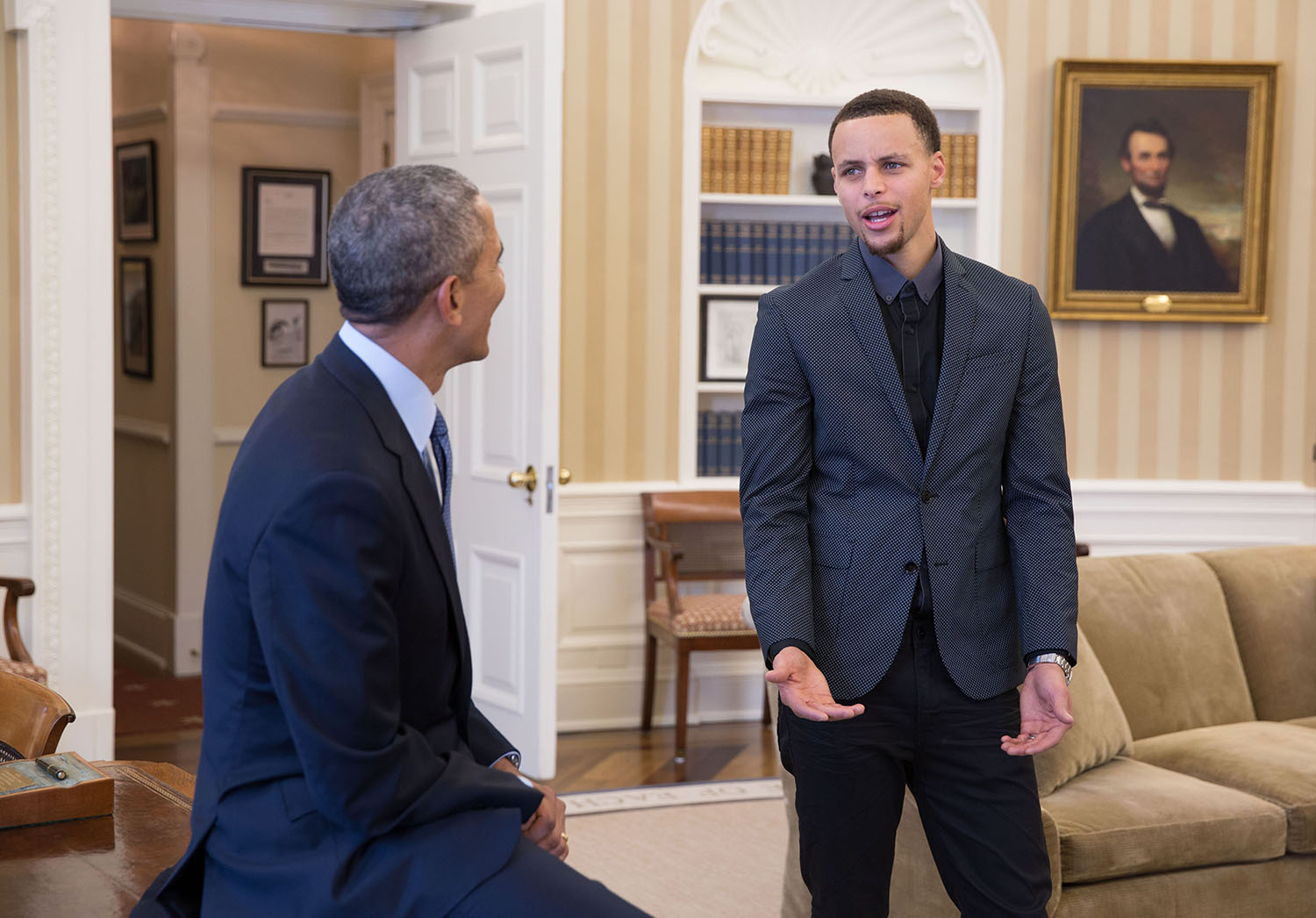 Yesterday, the White House launched the President’s Malaria Initiative (PMI) strategy for 2015-2020 with our special guest, Steph Curry, a malaria champion who also happens to be a basketball player for the Golden State Warriors. Steph inspires legions around the world with his basketball skills, including those of us sports fans here in the White House. We were thrilled to have him speak about his passionate efforts—including at and around his alma mater, Davidson College—to raise awareness of and resources for malaria prevention, the results of which he saw firsthand in Tanzania.

It was also a pleasure to host Admiral Tim Ziemer, the Coordinator of the President’s Malaria Initiative. His entire career has been defined by a commitment to service to his country. His leadership and steady hand have been a key ingredient to the success of the battle against malaria.

The battle against malaria is also a battle against complacency. It’s a disease that exacts a terrible toll, taking the lives of children, babies; endangering the pregnancies of mothers and the health of newborns; and keeping children out of school and parents out of work. In 2013, an estimated 437,000 deaths occurred in children under 5 years of age in Africa , accounting for 83 percent of the total malaria deaths in the Africa Region, and 96 percent of all malaria deaths in children under five globally.

That is a still shocking number of deaths each year among our most vulnerable—dying from a preventable disease.

But we do have solutions. Just a decade ago, malaria killed many, many more – in excess of 1 million people annually, 90 percent of whom were children and pregnant women. Between 2000 and 2013, malaria mortality rates decreased globally by 47 percent and by 54 percent in Africa alone. It is estimated that more than 4 million malaria-related deaths, primarily in African children under the age of five, were averted during this period.

So that’s why we need Presidents, members of Congress, Admirals, basketball stars, faith leaders, scientists and doctors, Ministers of Health, and communities to fight the complacency, to raise awareness, to hang up nets and spray walls with insecticide, and to do the research to find better treatment, better diagnostics, and better insecticide to beat back this wily ancient parasite and mosquito.

Following nearly a decade of U.S. global leadership and commitment, first by President Bush and expanded under President Obama, I am proud that we are setting the vision and the goals for the next six years of PMI. Today, the Initiative supports programs in 19 countries in Africa and the Greater Mekong sub-region. PMI’s goal over the next six years, as described in the plan released yesterday, is to work with partners to continue to reduce malaria deaths and substantially decrease malaria morbidity. This plan is informed by and built on the success we have achieved to-date and serves as a blueprint for how we can achieve our ultimate goal: eradicating this scourge once and for all.