March 8, 2015 at 4:44 PM ET by Jesse Moore
Twitter Facebook Email
Summary:
President Obama and the First Family joined thousands of Americans in Selma, Alabama to honor the sacrifice and bravery of the men and women who bled there in 1965, in support of voting rights for all African Americans.

Yesterday, President Obama and the First Family joined thousands of Americans at the foot of the Edmund Pettus Bridge in Selma, Alabama, to honor the sacrifice and bravery of the men and women who bled there, on that very pavement exactly 50 years ago. Many of those original "foot soldiers" joined him yesterday, including Congressman John Lewis, who helped to organize the first march over this bridge in 1965, who endured a tragic beating on that "Bloody Sunday," and who yesterday strode arm in arm with the President of the United States.

It was a day filled with electricity, inspiration, tales of heartache and courage, and the true story of how a handful of ordinary Americans helped to change the course of history with their grace, their peaceful action, and their bold belief in the true spirit of this country. 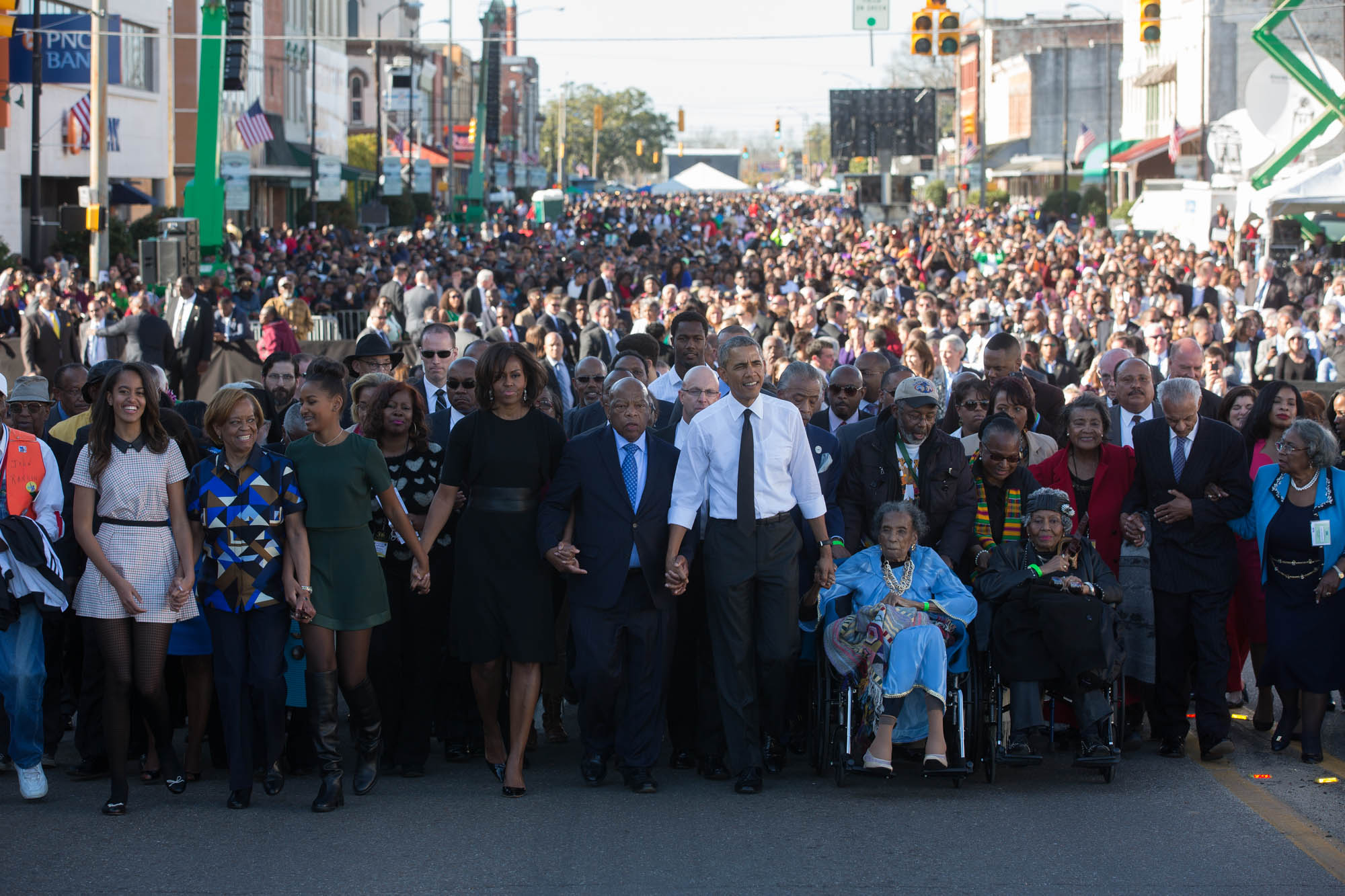 Still, even with the progress those men and women afforded us, great challenges still remain. That’s why the legacy of Selma must not be viewed in the vacuum of history, but rather as an inspiration for our future. As President Obama put it yesterday, the lesson of Selma isn’t an outlier of the American experience:

“[Selma] is instead the manifestation of a creed written into our founding documents: ‘We the People…in order to form a more perfect union.’ ‘We hold these truths to be self-evident, that all men are created equal.’”

"These are not just words," he said. "They’re a living thing, a call to action, a roadmap for citizenship and an insistence in the capacity of free men and women to shape our own destiny."

I hope you'll take a moment to hear what President Obama had to say yesterday in Selma. 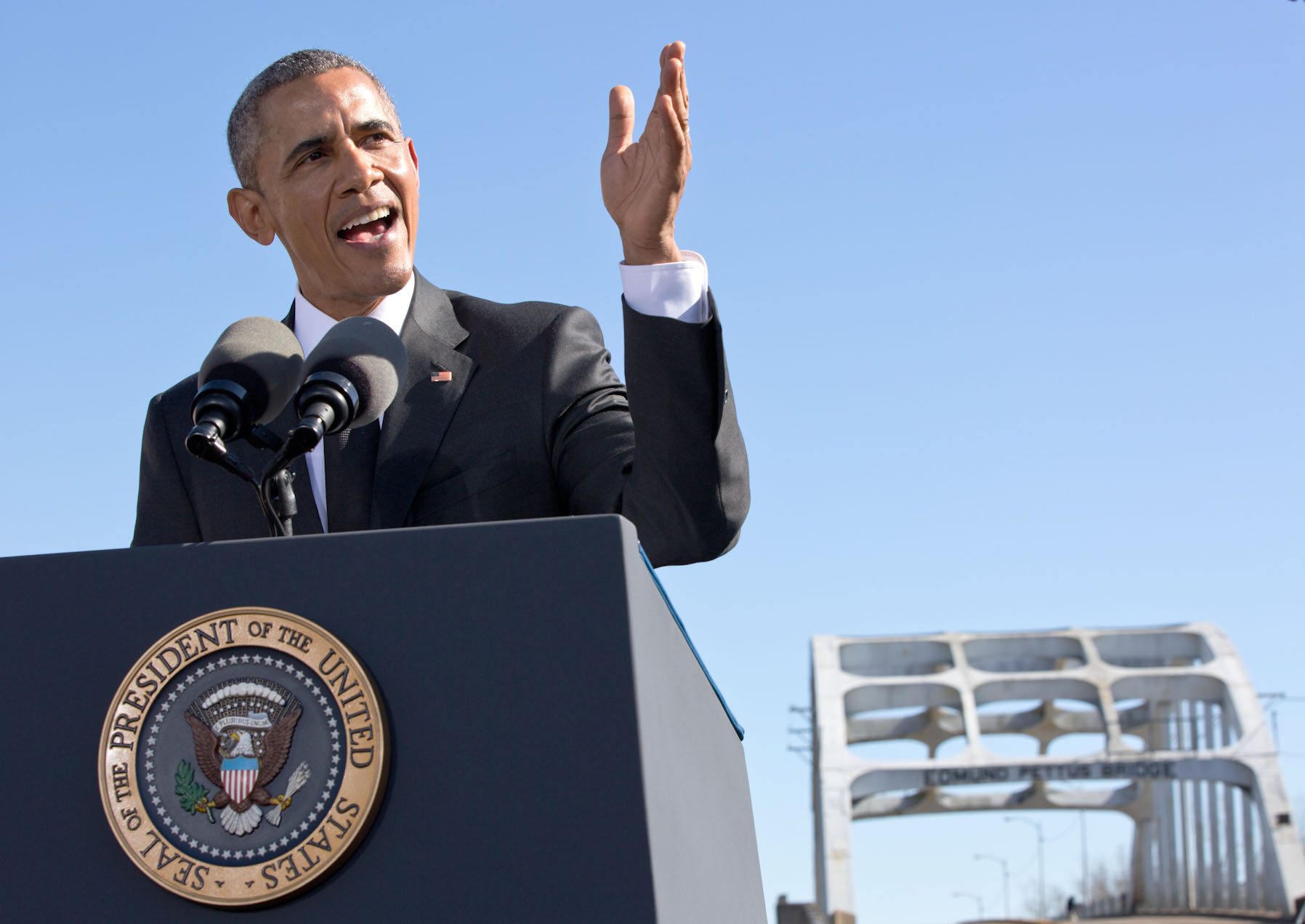 President Barack Obama makes remarks at the foot of the Edmund Pettus Bridge to commemorate the 50th Anniversary of the "Bloody Sunday" march from Selma to Montgomery, in Selma, Alabama, Saturday, March 7, 2015. (Official White House Photo by Pete Souza)

And please take time to learn more of the stories and lessons of this day, of those who stood for justice at great cost, and of those who continue to do so.

Listen to some of those stories here: 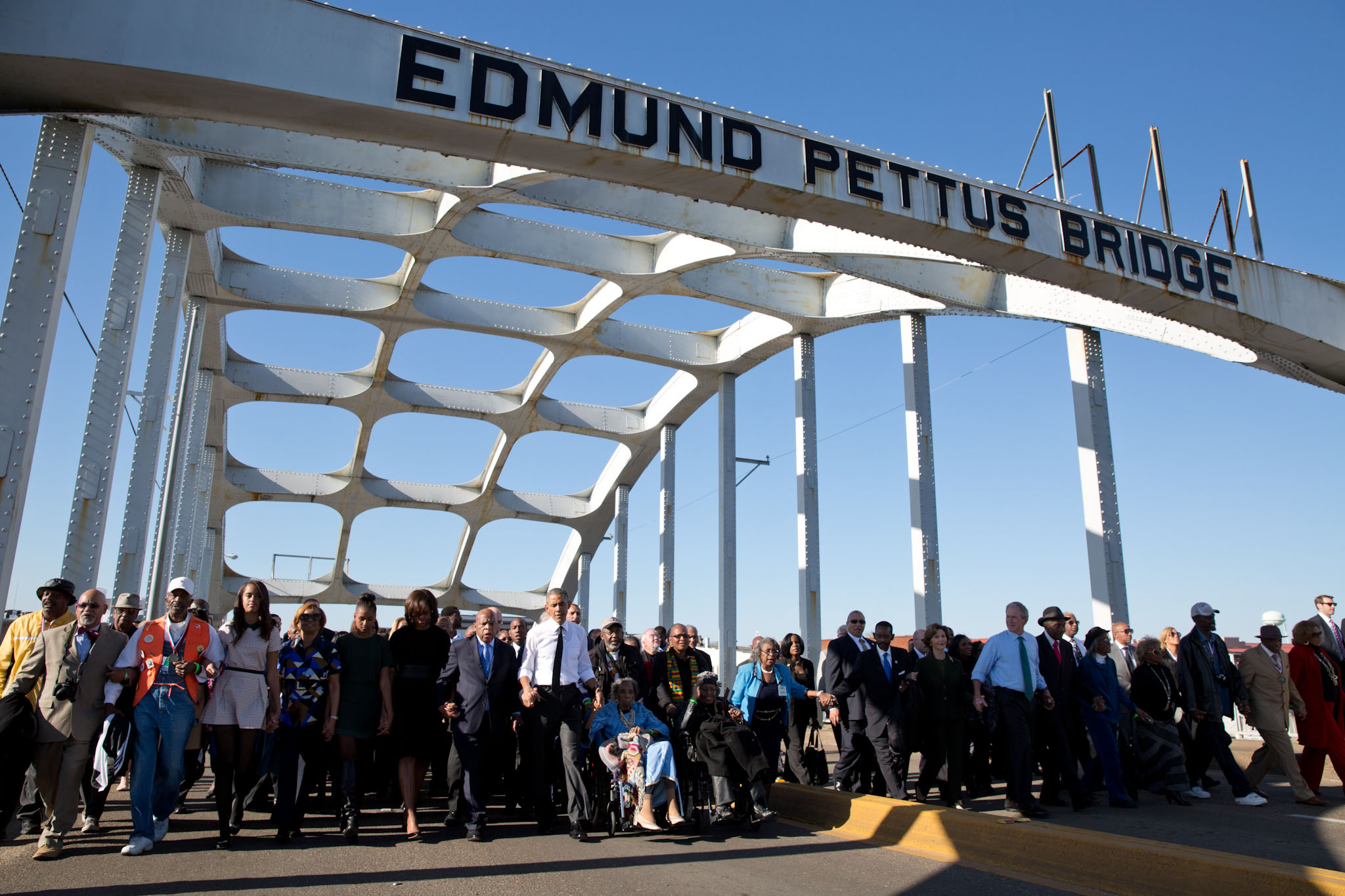