To celebrate the fifth anniversary of the First Lady’s Let’s Move! initiative, this year’s Easter Egg Roll theme is #GimmeFive – and Mrs. Obama is challenging Americans across the country to share five things they’re doing to eat better, stay active, and lead a healthier life.

Whether real or wooden eggs are used, the White House Easter Egg Roll has remained a day full of festive spirit since 1878. Today, in 2015, the 137th annual event celebrates the "eggceptional" commitment the President has to America’s future generation.

Check out the highlights and history of the White House Easter Egg Roll:

On Easter Monday, with egg baskets in hands, unknowing egg rollers arrived at the Capitol, only to be turned away by the Capitol Hill police. This was thanks to The Turf Protection Law of 1876, which prohibited the practice of the traditional egg roll on the Capitol grounds.

However, President Rutherford B. Hayes kept the tradition alive by inviting children to the White House lawn for the Easter egg roll in 1878 after he was approached by a young boy who exclaimed, "Are you going to let us roll eggs in your yard?"

Today, the White House continues to open the South Lawn for Easter enthusiasts. 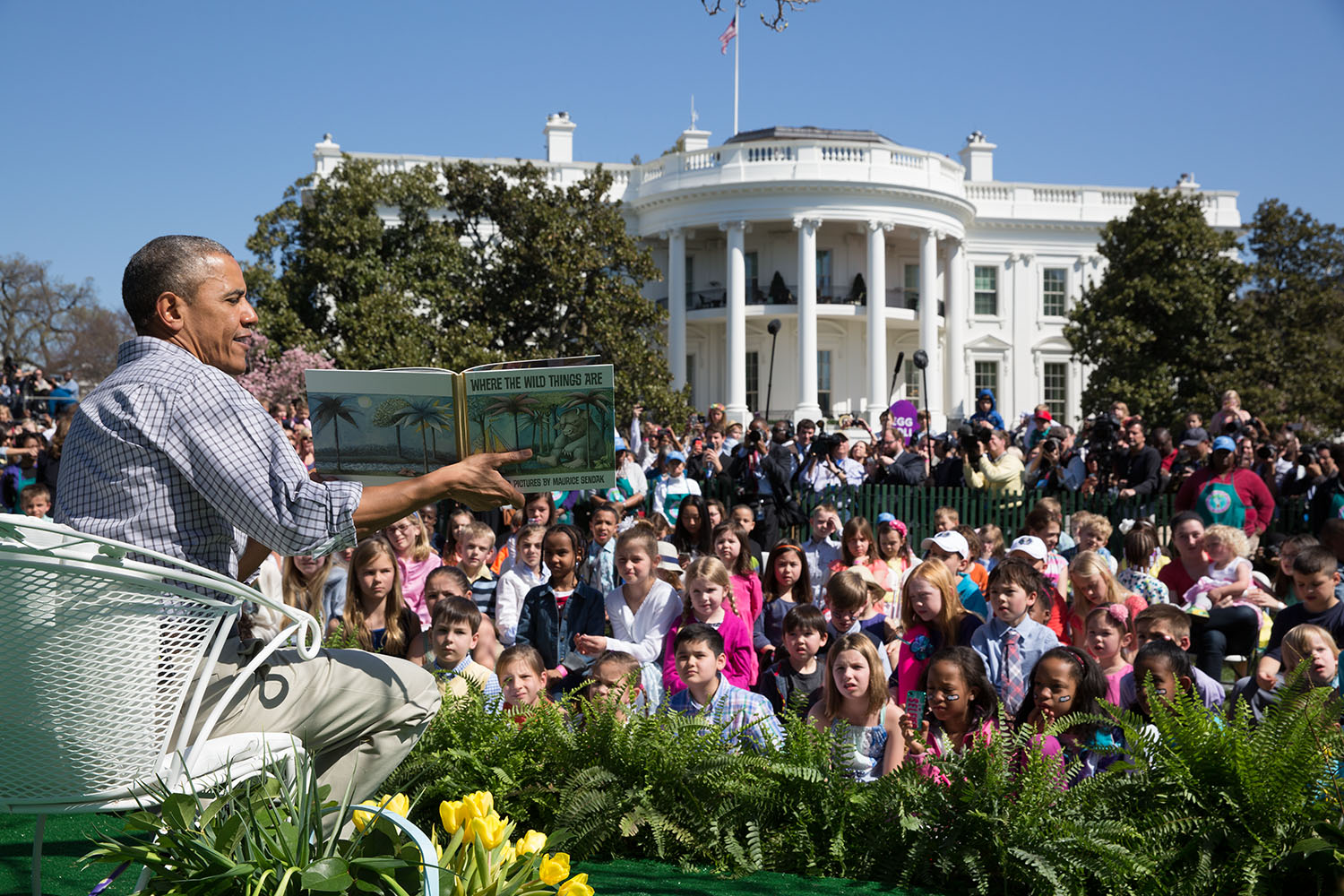 President Barack Obama reads "Where the Wild Things Are" by Maurice Sendak to children during the annual Easter Egg Roll on the South Lawn of the White House, April 6, 2015. (Official White House Photo by Pete Souza)

At her first Egg Roll in 1933, Eleanor Roosevelt greeted visitors and listeners alike for the first time over the radio, on a nationwide broadcast. 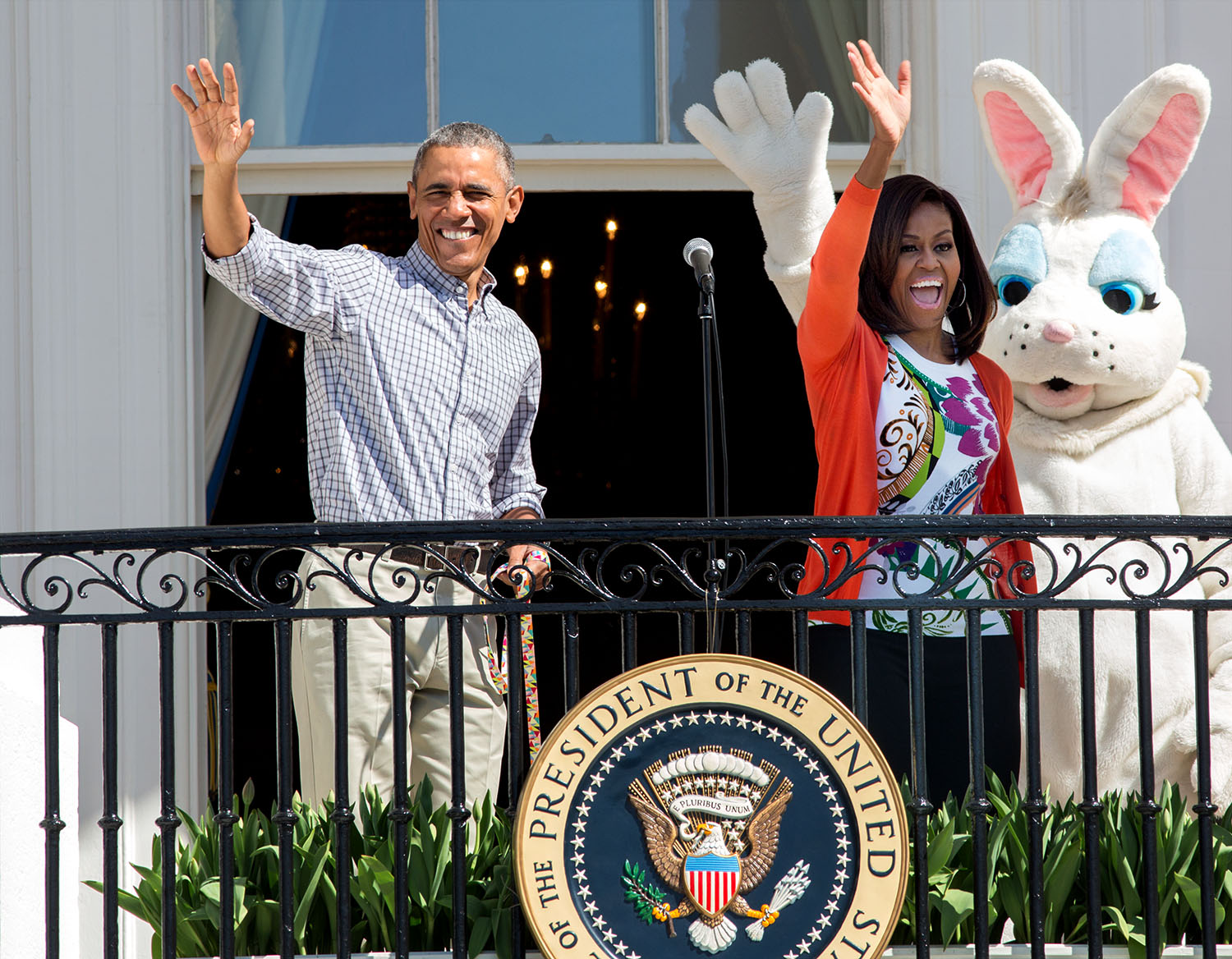 President Barack Obama and First Lady Michelle Obama and the Easter Bunny wave from the Blue Room Balcony during the annual Easter Egg Roll on the South Lawn of the White House, April 6, 2015. (Official White House Photo by David Lienemann)

In 1889, President Benjamin Harrison started the egg roll music tradition by inviting "The President's Own" Marine Band to play at the event. Today, the Easter Egg Roll featured performances by Fifth Harmony, MKTO, “So You Think You Can Dance” All-Stars, and many more.

Hello from Easter Egg Roll with @FLOTUS! Can't wait to return to DC this summer with #NewsiesOnTour! #GimmeFive pic.twitter.com/vzgISAiEWh

How The Games Began

By 1974, the Nixon administration had a better grasp on the Easter Egg Roll. After borrowing some stainless steel spoons from the White House kitchen, the most famous of Easter Monday activities— organized egg-rolling races— was introduced. 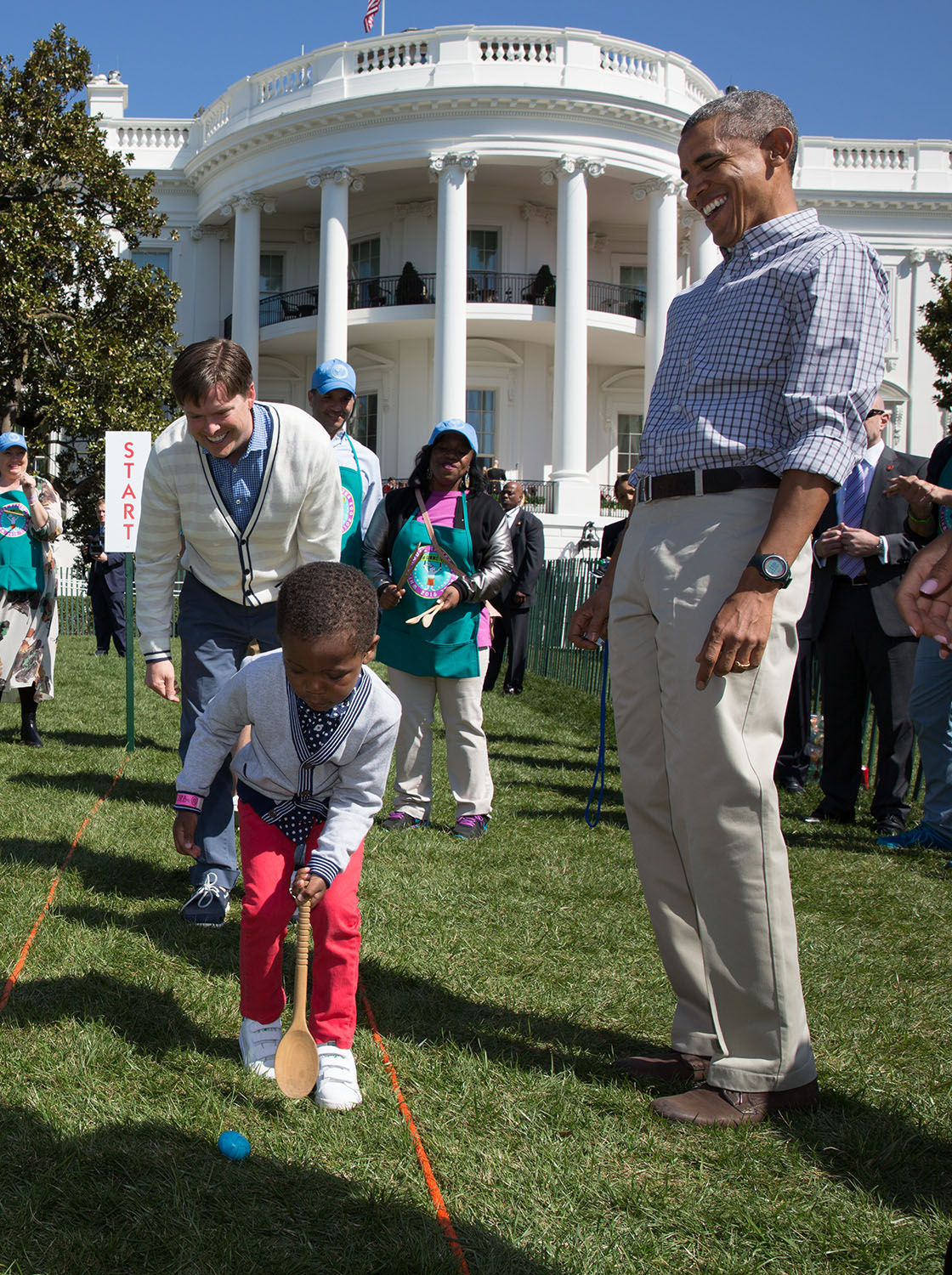 After the races, President Obama played some more Easter games on the basketball court.

The ultimate "eggcitement" happened in 1981, when guests discovered autographed wooden eggs during the straw pit egg hunt. By 1987, the event's theme was inscribed on each egg, and in 1989, President George H.W. Bush and First Lady Barbara Bush added their facsimile signatures. Years later, the Clintons' cat, Socks, even "paw-printed" a few eggs. 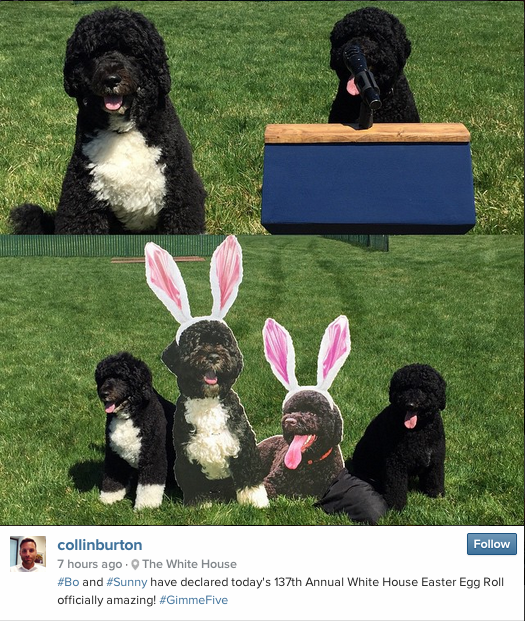