What Community College Has Meant to This Class of 2015:

May 8, 2015 at 10:01 AM ET by Lindsay Holst
Twitter Facebook Email
Summary:
Hardworking students who are taking a strong step toward building a brighter future for themselves and their families are worth the investment. Just take a look at a few stories from Lake Area Tech's Class of 2015 to see why

Today, President Obama will deliver the commencement address at Lake Area Tech Community College in Watertown, South Dakota. It's the 50th state he's visited as President and, as many in town are saying, he saved the best for last.

The President wants to make two years of community college free for responsible students, a move that would benefit roughly 9 million students and save a full-time community college student $3,800 in tuition per year on average.

Hardworking students who are taking a strong step toward building a brighter future for themselves and their families are worth the investment. Just take a look at a few stories from Lake Area Tech's Class of 2015 to see why:

"When I started at Lake Area," MacKenzie says, "I never thought I would be where I am today; maintaining a hair salon just 6 months out of school, at the age of 19."

At Lake Area Tech, MacKenzie has received hands-on education in the field of cosmetology, and now plans to make it a career after she finishes school. Thanks to the skills she's picked up at Lake Area, she has high hopes for where she'll go, and looks forward to a fulfilling career. "Meeting new people in the salon everyday reassures me of the reason why I started this career — making people feel good about themselves," she says.

As a child, Tyler grew up with a single mom who worked manual labor jobs, just to get by. One of her jobs was in an auto body shop, which inspired an interest in Tyler in fixing cars.

Now, thanks to his time as a student at Lake Area Tech, Tyler has learned the necessary skills for car repair, and is about to study high-performance engine machining so he can completely rebuild cars. Ten years from now, he plans to have his own home — while "getting scars from working on cars."

After she graduates, she intends to continue her higher education at Mount Marty College and major in education so she can become an elementary school teacher with a focus on special ed. “In 10 years, I plan on working in a school with developmental disabilities,” she says. “They are great people!” 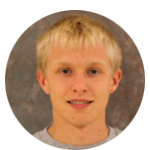 Dalton grew up on a farm that’s been in the family for four generations. He knew he’d return, but he wanted to update a few things around the farm. That’s where Lake Area Tech came in: “While at Lake Area, I learned more than I ever thought I would about my career. My education at Lake Area has taught me so much, especially about the management aspect of a farm.”

Teachers made learning fun for Dalton. “I’m excited to put what I have learned into action,” he says. After graduation, he’ll begin to farm some land “and make management decisions of my own.” He’s even breaking into the business of selling seed corn, one that he hopes to expand and operate with his father in the future. He added, “I also hope to have started a family so I can pass my passion onto another generation.” 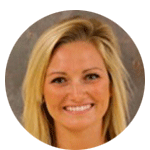 Bailey wants to go into agriculture — a field currently dominated by men. She always thought she’d have to take an office job, but Lake Area Tech gave her a chance to see a different future. “Ever since going on our required internship last spring, my eyes have been opened to just how many opportunities there are for women in Agriculture. Whether it’s actually working outside in the field, or sitting behind the desk making sure all the little things get done, there’s TONS of opportunities and I just want other women to know and realize this so they don’t feel scared to go into a job field that isn’t [women-] dominant.”

After she graduates today, she will go back to Kentucky to continue working on soybean site research. “I know I wouldn’t be where I am today if it wasn’t for the amazing faculty at Lake Area Tech who always put in the extra effort to get to know us kids and make sure we are going places beyond graduation,” she said. 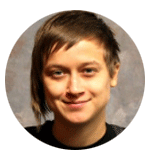 Katelyn helps deliver that morning jolt to many in Watertown as a supervisor at her local Starbucks. As a student at Lake Area Tech, she delved into marketing and management and learned the skills she needed to work up the ladder wherever she chooses to be. “I feel more confident entering the job market,” she said.

What’s next after graduation? Katelyn is moving to Minneapolis where she’ll continue working for Starbucks while she applies for jobs in her chosen field. “I also want to return to school to get a bachelor’s degree,” she said. 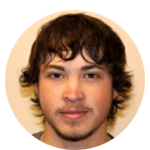 “I think community college should be available to more people because it gives people a chance at bettering themselves.” Chris spends each day dedicated to helping others as a firefighter and paramedic for Watertown Fire & Rescue. Community college was a lot of stress and hard work to add to those responsibilities, but as he says, “anyone can do the things they want in life if they put their mind to it.”

Chris will continue to serve his community as a firefighter and paramedic for years to come. But community college made one thing clear for him: “There are a lot of people that work hard to earn a buck and they should be granted the chance at a higher education.” 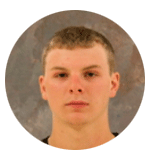 When Myles was in kindergarten, his dad brought “his big machine” to his class and Myles knew then exactly what he would be when he grew up: a heavy equipment operator, just like his dad. “I was hooked!”

But Lake Area Tech offered him a glimpse of what he could achieve in that field. “I just didn’t realize I’d learn so much more by going to school,” he said. Looking ahead after graduation, he has his eyes on becoming the lead skid steer operator for a major construction company. One week from today, he’ll fulfill his dream of becoming an equipment operator and, with the skills he learned in schools, who knows: “Maybe I’ll take my dad’s position when he retires!”