The White House Celebrates Entrepreneurs Around the World

May 11, 2015 at 6:56 PM ET by Jenna Brayton
Twitter Facebook Email
Summary:
President Obama hosts a meeting on global entrepreneurship at the White House, where he names nine new Ambassadors of Global Entrepreneurship.

This afternoon at the Global Entrepreneurship meeting, President Obama welcomed emerging entrepreneurs from across the country and around the world to the White House to honor their achievements in their fields of business.

"Encouraging the spirit of entrepreneurship can help us to tackle some of the greatest challenges that we face around the world."

No matter where he traveled around the world, the President noted the one thing that united folks everywhere was their desire to know how to start a business and share their own destiny. 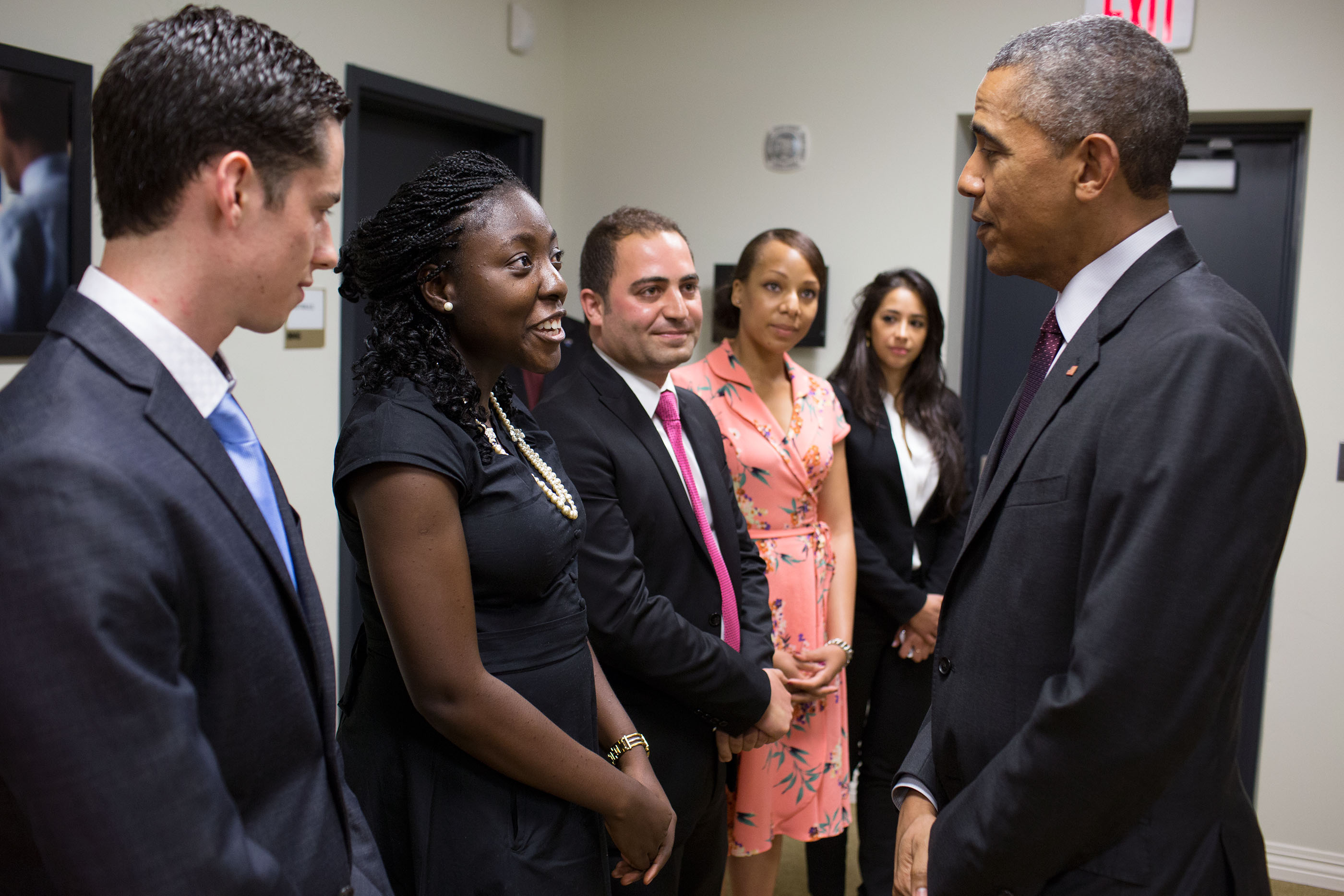 Now, more of America’s business leaders and innovators are joining the White House in an effort to promote entrepreneurship. The Presidential Ambassadors for Global Entrepreneurship (PAGE) initiative is comprised of a group of successful American businesspeople eager to share their knowledge and experience to help develop the next generation of entrepreneurs. The PAGE initiative grew out of a promise that President Obama made at the 4th annual global entrepreneurship summit in Kuala Lumpur, Malaysia in 2013. PAGE initiative members have all agreed to engage with policy makers globally, acting as ambassadors in discussions about how to create environments where innovation, creativity, and entrepreneurship can thrive.

"To all the young entrepreneurs out here -- you are the face of change."

Brian Chesky, co-founder and CEO of Airbnb, a website that allows individuals to rent out their own lodging, is an example of entrepreneurship as a catalyst for change. Since the Obama administration has opened the doors for businesses to invest in Cuba, Airbnb has decided to expand there now that the Cuban economy is opening up to greater Internet connectivity and modern payment systems. Now, Airbnb is part of the progress that will ultimately provide enormous economic opportunities for the Cuban people to navigate new business, learn new skills, and increase their Internet literacy.

And, check out the President's challenge to entrepreneurs, here.