May 19, 2015 at 4:31 PM ET by Christy Goldfuss and Dan Utech
Twitter Facebook Email
Summary:
The Energy Department released a new report – Enabling Wind Power Nationwide – that shows how the next generation of wind turbines can help expand wind power in all 50 states. 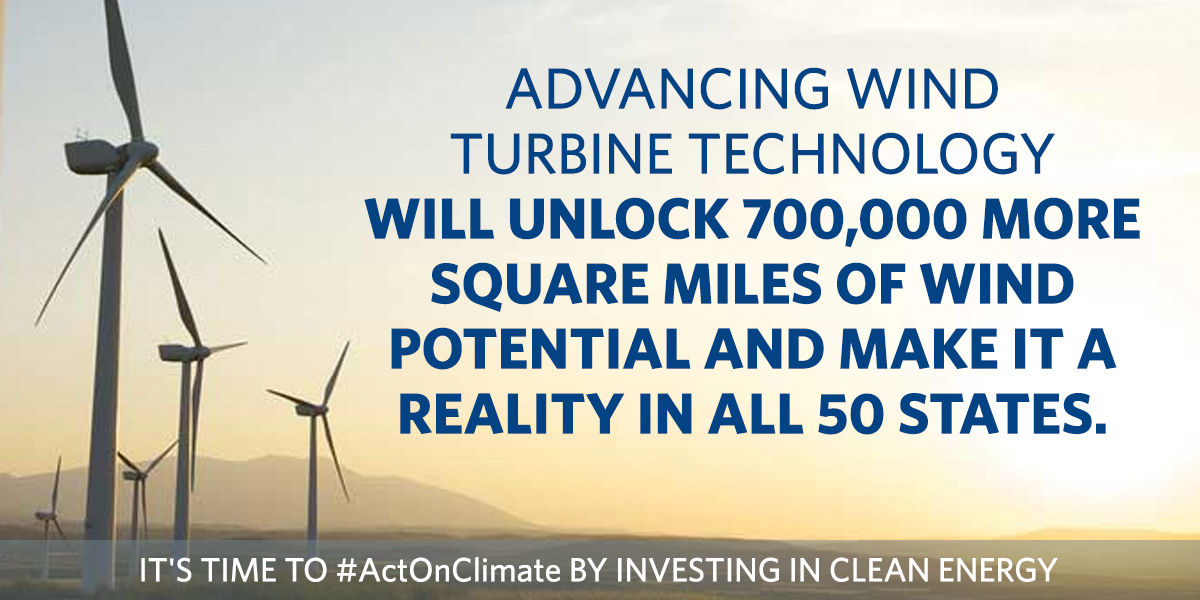 Now available in 39 states, wind power has emerged as an important source of American clean energy – and there’s potential for even more. Today, the Energy Department released a new report – Enabling Wind Power Nationwide  – that shows how the next generation of wind turbines can help expand wind power in all 50 states.

The key to unlocking all of this power is simple. Using taller towers and longer blades, wind turbines can capture the stronger and more consistent winds typically found at greater heights. Today, the average wind tower stands 80 meters tall. By increasing that height to 110 meters, the technical potential for wind – the land area where wind can be harnessed for energy – expands by 54%.

Larger turbines will allow wind energy to be tapped even in the Southeast, a region with limited wind deployment today. In total, tall turbine technology can unlock an additional 700,000 square miles – about one-fifth of the United States. And in regions already relying on wind power – like the Midwest, Northeast, and West – increased tower heights can make wind a more abundant energy resource. This will help states build out their total renewable capacity and achieve substantial carbon pollution reductions in the electricity sector.

Globally, other countries are already taking advantage of this technology. For example, in Germany last year, the average tower height was 116 meters, with some towers reaching as high as 160 meters. Here in the United States, the Energy Department and industry partners are developing these next-generation turbines along with other technologies that will support deployment of wind power nationwide. 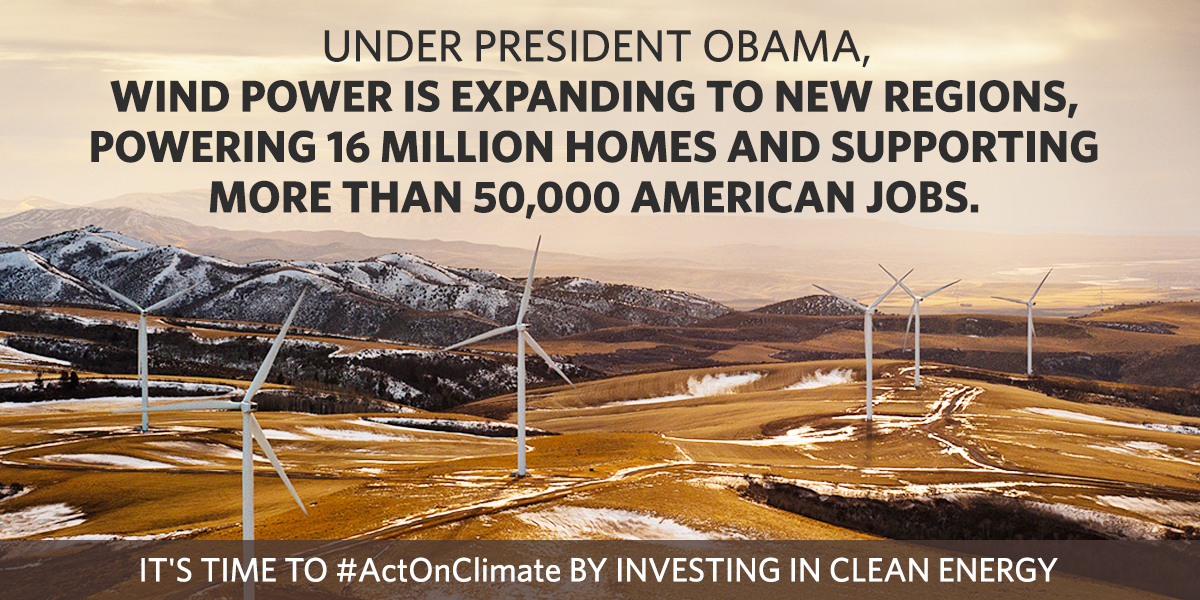 President Obama is committed to reducing the greenhouse gases that drive climate change and put our families, businesses, and communities at risk. As the power sector is the largest source of emissions in the country, cutting carbon pollution from the energy we use to power our homes and businesses is a critical step to addressing the threat of climate change.

That’s why the Administration has made historic commitments to deploy more wind power and other renewable energy – and it’s working. Today, renewable energy is a larger share of our power generation than ever before. Last year, half of newly installed generating capacity was renewable energy, with half of that coming from new wind projects. Since the President took office, American wind power has tripled, supplying clean energy to 16 million homes and supporting over 50,000 jobs across the country.

Today’s report offers promising news. With the right technological advancements, we can build on the progress we’ve made so far and create an even cleaner energy future.

Christy Goldfuss is Managing Director of the White House Council on Environmental Quality. Dan Utech is Deputy Assistant to the President for Energy and Climate Change.