The Faces of TAA: How This Program Can Help Change So Many Lives

June 22, 2015 at 5:00 AM ET by Greg Nelson
Twitter Facebook Email
Summary:
Unless Congress acts to reauthorize trade adjustment assistance next week, American workers will not have the vital program that millions of hardworking Americans have relied on. These are their stories.

Trade Adjustment Assistance (TAA) is a program with an obscure name but an important purpose.

The 21st century economy is driven by an ever-changing global marketplace, with new industries redefining consumer demand and reshaping our workforce. That means that, to outcompete other countries, America’s workforce needs all the job training and support needed to tap into new opportunities that the 21st century can present.

That is what TAA was created to do. It provides job training. It provides income support for workers in training programs. It has provided much-needed support to 2.2 million workers since it was created, including more than 23,000 veterans since October 2009 alone.

But here’s the problem, it will expire soon.

This week, Congress has the chance to reauthorize TAA, the vital program that millions of hardworking Americans have relied on. Major expansions in the program that the President fought for lapsed in 2014, and because major extensions and changes to TAA usually happen alongside other trade-related bills, passing TAA now is our best chance to get a bigger, better version of the program back in place. That's why the president is fighting so hard for it.

Here are just a few of the stories of workers who have benefited from TAA: 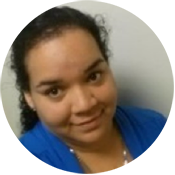 “I would not be where I am now if it weren’t for the incredible opportunity I had through TAA. I am a better woman, mother, wife, and employee because of this experience!”

Jessica, a Eugene, OR native, worked in the stockroom managing inventory, pulling work orders, and performing quality control. After four years of employment, she was laid off due to foreign competition. She called the TAA program, was among a group of workers certified as eligible to apply for assistance, and was soon determined eligible for TAA benefits and services.

She took her high school diploma to college and graduated with a GPA of 4.15 and a new job as Provider Network Support Specialist, earning considerably more than in her previous job. “I...am beyond happy,” she says. “I am making a wage that can better provide for my family.” 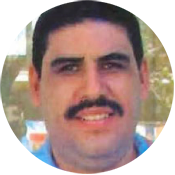 “I would like to thank the TAA Program for helping me achieve my goal.”

Juan was one of 300 people who lost their jobs after an auto manufacturing plant they supplied with aluminum car rims shuttered its doors and moved operations overseas. Juan had financial and family obligations, but, with assistance from TAA, he decided to pursue training through the Los Angeles Valley College Job Training Center, where he took classes in English, Math, and Speech. Now, he works as a full-time employee at LA Metro.

There, he receives full benefits and is looking at a long career with opportunities to move up the ladder. 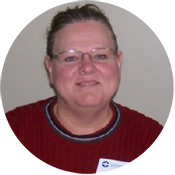 TAA "was the light at the end of the tunnel for me."

For 21 years, Mary punched in every day as a machine operator at a battery plant in Maryville, MO. So when she lost her job at 48 years of age, she turned to the TAA program to help her train to become a billing clerk.

She is working through the training program, making a competitive wage at her new job, and is scheduled to complete her training in 2015. For her, TAA offered her an opportunity to better herself: “It helped me to survive a significant loss in my life.” 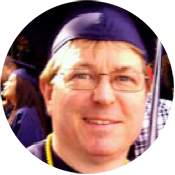 "I am so very grateful for all the help from the TAA program!"

Michael worked in the same auto plant in New York for almost 17 years. Then, at 48 years old, he found himself laid off. A machinist for over 30 years, he had a hard time finding stable employment with his hard-earned skills. So, for personal and professional reasons, Michael decided to make a change and pursue medical training.

Thanks to TAA, he was able to relocate to Nevada, where he enrolled in a Respiratory Therapy training program. After two years, at the age of 50, he graduated with honors from his program and earned a license to practice in Nevada. Now, working at a local hospital, he is earning more than he ever had at the auto plant. 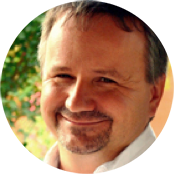 "I am so very grateful for all the help from the TAA program!"

So Timothy decided to take advantage of job training under TAA and enrolled in a Physical Therapy program, knowing that there was high demand in his community. In 2011, after a lot of hard work and dedication, Timothy passed his board and was hired as a Physical Therapy Assistant the next year. Now, after moving to Albany to accept a new position, Timothy is making even more than he expected with a good benefits package. 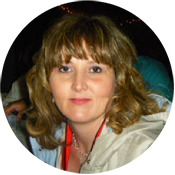 "I don’t have the words to express my appreciation for all the help I have received through this program."

After working as a forklift operator at an Indiana factory for 10 years, Jennifer Hon lost her job when her company moved its operations overseas. So she decided to take advantage of job training under TAA and attended a local community college to earn a degree in Business Administration.

After she earned her degree, she was hired as a Human Resources Administrator at a local pharmacy. “This has been a rewarding and exciting career change,” she said. “It shows you that with hard work and determination, dreams are possible.” 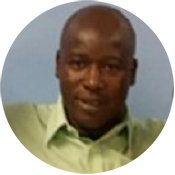 "I don’t have the words to express my appreciation for all the help I have received through this program."

Farirai moved from Zimbabwe to the United States in 2000, and got a job as a bench technician in Kentucky. But, after six years on the job, he lost his job due to a changing economy. So, through TAA, he received career counseling and chose to pursue a degree in manufacturing technology.

While in school, Farirai practiced for interviews, answering mock questions to ensure he’d land a job as soon as he graduated. He graduated this May and now earns more than he did in his previous job. “I just don’t know where I would be without the Trade program,” he said. 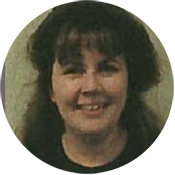 At the age of 50, after 25 years of service, Kathy was laid off from her production job at an Oklahoma factory. With TAA’s help, decided to attend school at Gordon Cooper Technology Center to become an Aircraft Mechanic. Kathy excelled in aviation training and was chosen as the Aviation Maintenance Technician of the Year for the 2009-2010 General Class.

Shortly after earning her degree, she was hired at a local Air Force Base. Because of the training experience, she enjoys sharing her knowledge with students. She volunteers two lunch hours each week to tutor an intern who is studying for Federal Aviation Administration (FAA) exams. On weekends she meets with aviation students at a local library to go over class material.