June 23, 2015 at 1:54 PM ET by Tanya Somanader
Twitter Facebook Email
Summary:
When it comes to raising the minimum wage, the numbers speak for themselves.

“To every mayor, governor, and state legislator in America, I say, you don’t have to wait for Congress to act; Americans will support you if you take this on.”

Since the President first asked Congress to #RaiseTheWage, 17 states have answered his call. Will your state be next? 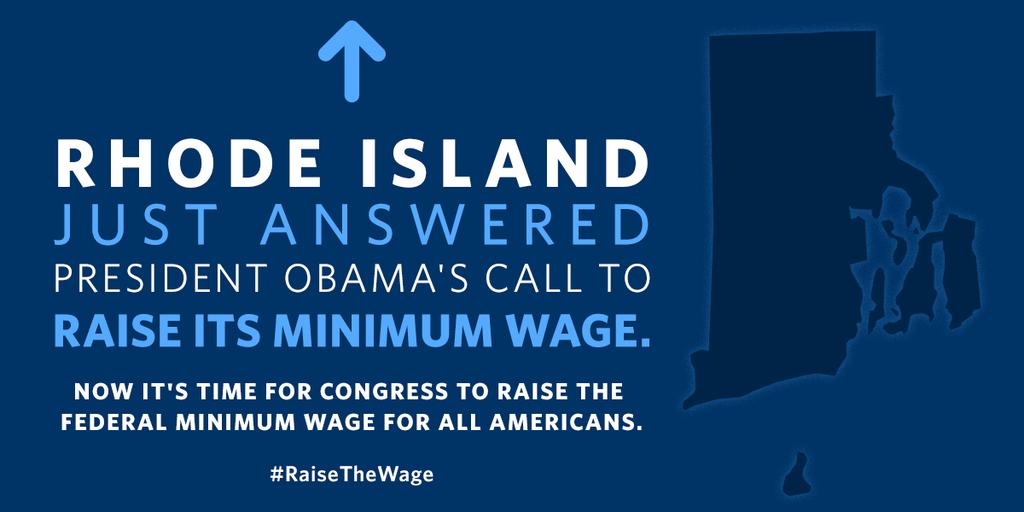 “This year, more than half of our states guarantee their workers a wage higher than the federal minimum, but despite this progress we still have work to do. I continue to encourage states, cities, counties and companies to lift their workers' wages, and I urge Congress to finally do the right thing and give America a raise.”

When it comes to raising the minimum wage, the numbers speak for themselves:

The amount a full-time minimum wage worker will earn in a year, assuming 50 weeks worked, which leaves too many families struggling to make ends meet.

The number of workers who would benefit if Congress passed the Raise the Wage Act.

The number of states who have answered the President’s call to raise their minimum wage.

The number of cities and counties who have answered the President’s call to raise their minimum wage.

The number of workers who have benefited in those states that have answered the President’s call to #RaiseTheWage.

“Let’s declare that in the wealthiest nation on Earth, no one who works full-time should have to live in poverty, and raise the federal minimum wage”