This Photo of Pluto Is Worth Sharing:

Today, Dr. John P. Holdren -- the President's science advisor -- sent the following message to the White House list, sharing a brand-new photo of Pluto. The photo, from NASA's New Horizons interplanetary probe, is the sharpest photo ever seen of the "dwarf planet."

If you didn't get the email, make sure to sign up for email updates here.

NASA's New Horizons interplanetary probe has been making its way to Pluto since January 19, 2006, and has been providing the world with the sharpest photos ever seen of our Solar System's most prominent "dwarf planet." Today, it made its closest approach to Pluto yet -- about 8,000 miles -- at around 07:49:57 EDT.

Here's the photo they took -- which, despite traveling at the speed of light (186,000 miles per second), took four and a half hours to reach us here on Earth as it crossed the 3 billion miles between here and Pluto: 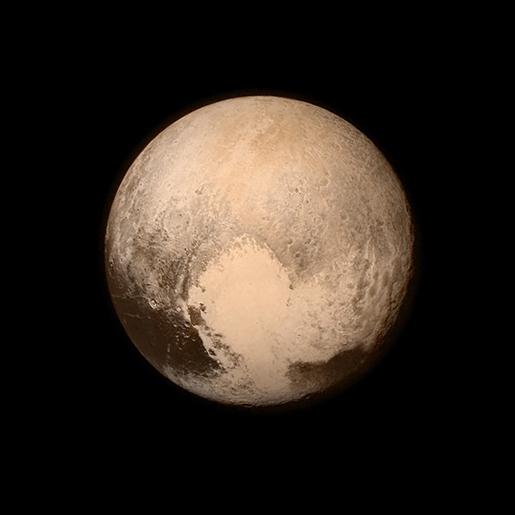 That we were able to get so close to Pluto today is a feat whose probability scientist Neil deGrasse Tyson likened to "a hole-in-one on a two-mile golf shot." He's right.

Every once in a while, a photo comes along that has the ability to shift not just how we see our place in the universe, but how we see ourselves -- not just as Americans, but as citizens of Earth.

This is one of those photos, and I hope you'll share it with someone today.