President Obama: "Our Criminal Justice System Isn't as Smart as It Should Be"

July 15, 2015 at 1:12 PM ET by David Hudson
Twitter Facebook Email
Summary:
At the NAACP's 106th national convention, President Obama lays out the reasons why we need to reform America's criminal justice system, and why we need to invest in our communities and expand opportunity for all Americans. 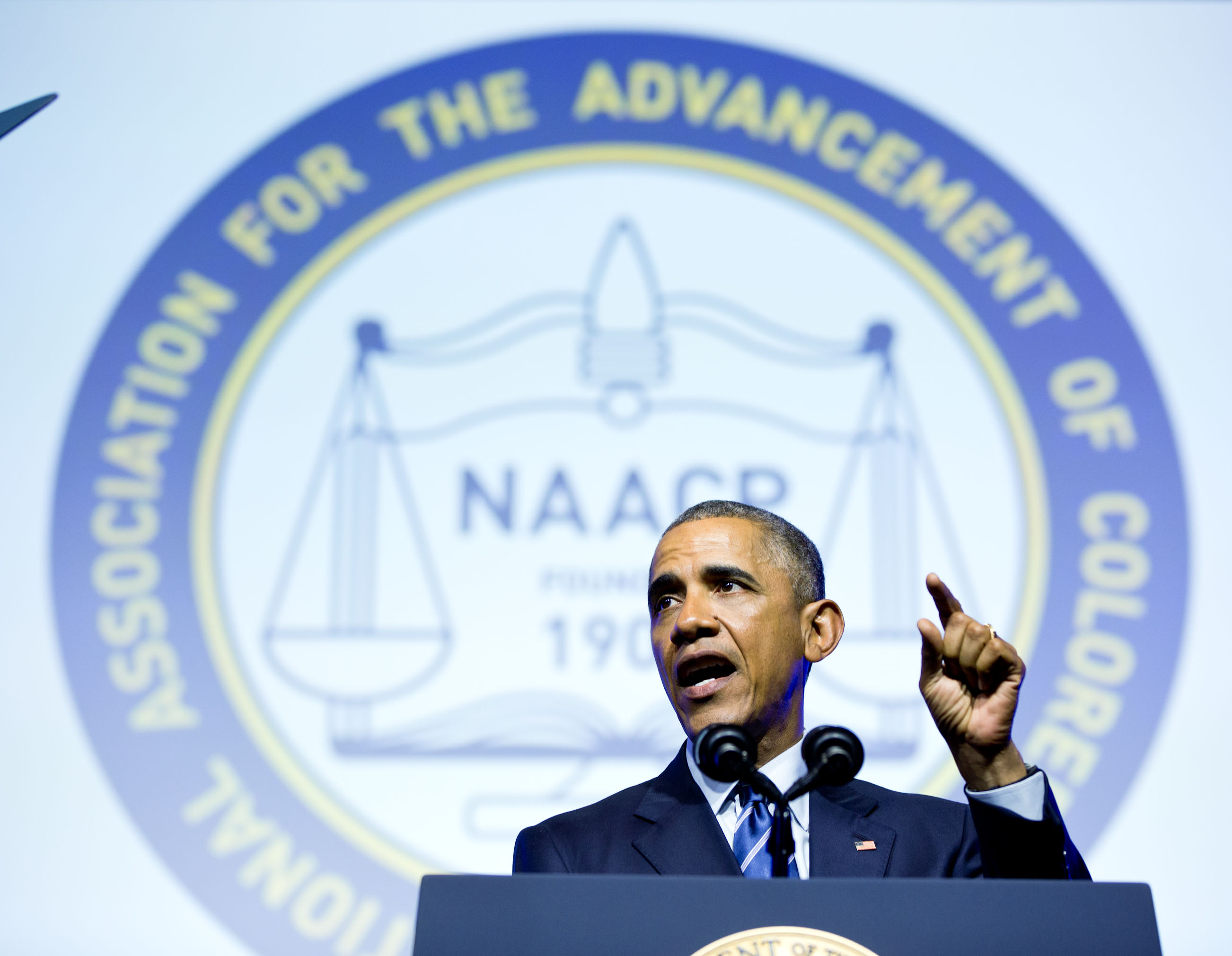 Yesterday, the President traveled to Philadelphia to address the NAACP's 106th national convention. In his remarks, he laid out the reasons why we need to reform America's criminal justice system, and why we need to invest in our communities and expand opportunity for all Americans.

A quick look at the numbers:

As the President noted, today's criminal justice system "remains particularly skewed by race and by wealth," and has adverse ripple effects on our country's families and communities:

What is that doing to our communities? What’s that doing to those children? Our nation is being robbed of men and women who could be workers and taxpayers, could be more actively involved in their children’s lives, could be role models, could be community leaders, and right now they’re locked up for a non-violent offense.

"Mass incarceration makes our entire country worse off, and we need to do something about it." —@POTUS http://t.co/02KRTen3uf

What we're doing to reduce the federal prison population:

President Obama and his Administration have taken a number of steps already to reduce America's federal prison population, including:

Last year, in fact, America's crime rate and incarceration rate both went down at the same time, for the first time in 40 years. 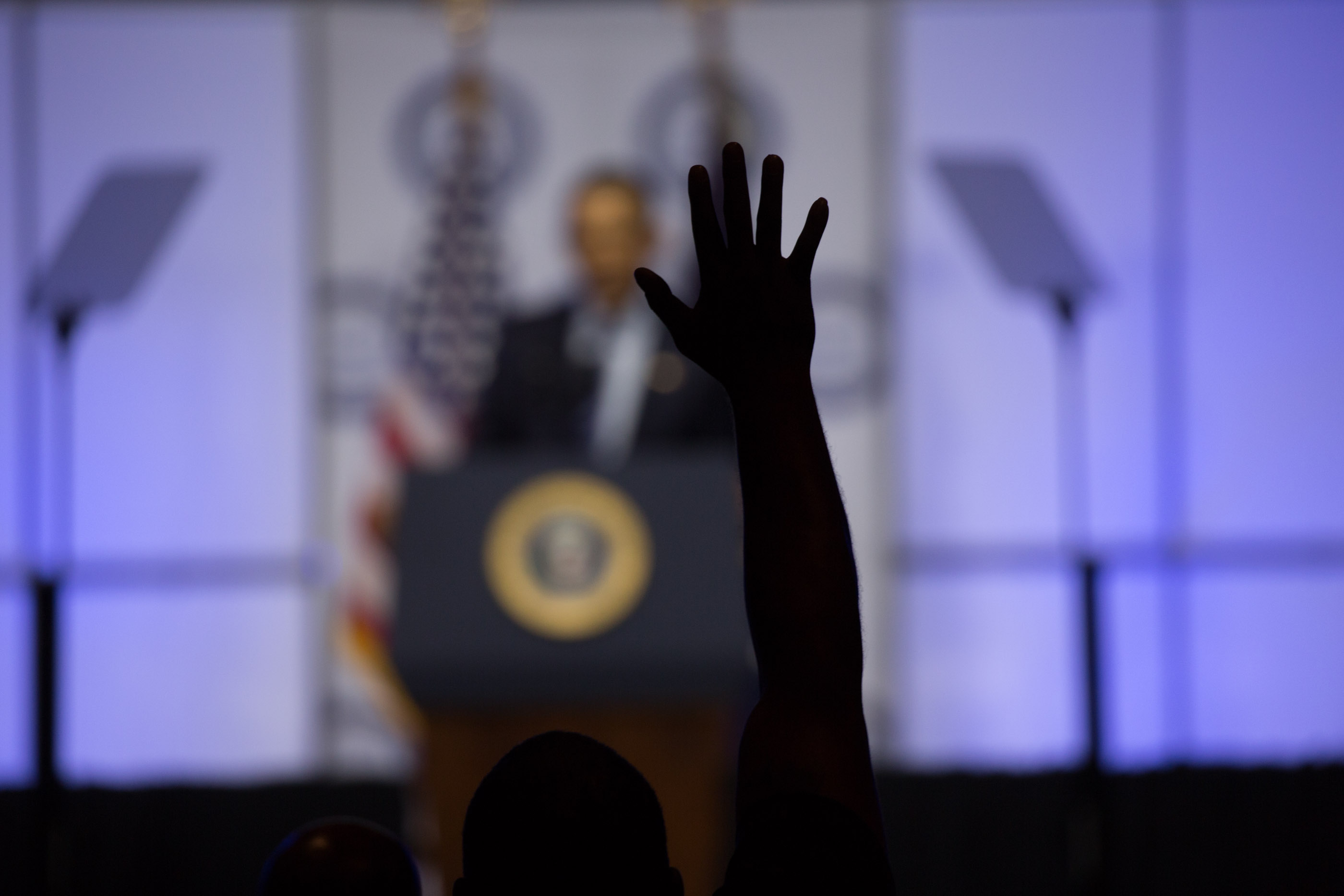 As the President noted, "we're just at the beginning of this process, and we need to make sure that we stay with it." He then laid out the three key areas in which we need to focus on reform: the community, the courtroom, and the cell block.

"The best time to stop [crime] is before it even starts," President Obama said, reiterating the need to invest in America's children. "If we make investments early in our children, we will reduce the need to incarcerate those kids."

One study shows that for every dollar that we invest in preschool, we save at least twice that over the long run in crime reduction. And summer jobs for teenagers are only a fraction of the cost of incarceration down the road.

We also have to continue to build trust between law enforcement and the communities that they are obligated to protect and serve. That's why, last December, the President launched the Task Force on 21st Century Policing to strengthen community-police relationships across the country. The Task Force included members of law enforcement, community members, activists, and others to figure out ways to ensure that policing is more effective, more accountable, and more unbiased. Read their final recommendations here.

The President reiterated that we need to shorten the mandatory minimum sentences for nonviolent drug crimes, or eliminate them entirely.

For nonviolent drug crimes, we need to lower long mandatory minimum sentences -- or get rid of them entirely. Give judges some discretion around nonviolent crimes so that, potentially, we can steer a young person who has made a mistake in a better direction.

We should pass a sentencing reform bill through Congress this year. We need to ask prosecutors to use their discretion to seek the best punishment, the one that's going to be most effective, instead of just the longest punishment. We should invest in alternatives to prison, like drug courts and treatment and probation programs -- which ultimately can save taxpayers thousands of dollars per defendant each year.

Although imprisoned people have made mistakes, we have an obligation to increase the possibility that they can get their lives back on the right track. And part of that starts with fixing the conditions of our prisons, and offering more job training for inmates.

"We want to be in a position in which if somebody in the midst of imprisonment recognizes the error of their ways, is in the process of reflecting about where they’ve been and where they should be going, we’ve got to make sure that they’re in a position to make the turn."

President Obama noted that we shouldn't tolerate conditions in our prisons that "have no place in any civilized country" -- such as overcrowding, gang activity, or rape. The President has also asked Attorney General Loretta Lynch to start a review of the overuse of solitary confinement in our prisons, which is often more likely to make inmates more alienated, hostile, and violent.

Although the President spent the bulk of his time addressing the need to reform our criminal justice system, he added that we can't view this problem in isolation.

Mothers of black sons face the bleak reality that only half their babies grow up to be employed at age 25. pic.twitter.com/0Tnz98R3qj

As the President pointed out, a black man born 25 years ago has only a roughly 50 percent chance of being employed today. More than one in three black children today are growing up in poverty. And the unemployment rate for African Americans today is 9.5 percent.

"When America’s unemployment rate was 9.5 percent, when I first came into office, as it was going up, we properly recognized this is a crisis," the President said. "Right now, the unemployment rate among African Americans is 9.5 percent. What should we call that? It is a crisis. And we have to be just as concerned about continuing to lift up job opportunities for these young people."