July 22, 2015 at 6:27 PM ET by Denice Ross and DJ Patil
Twitter Facebook Email
Summary:
Last week, New Orleans held an event to preview three datasets on policing they plan to open to the general public. This event was part of the City's contributions to the Police Data Initiative, launched in response to recommendations from the President's Task Force on 21st Century Policing. 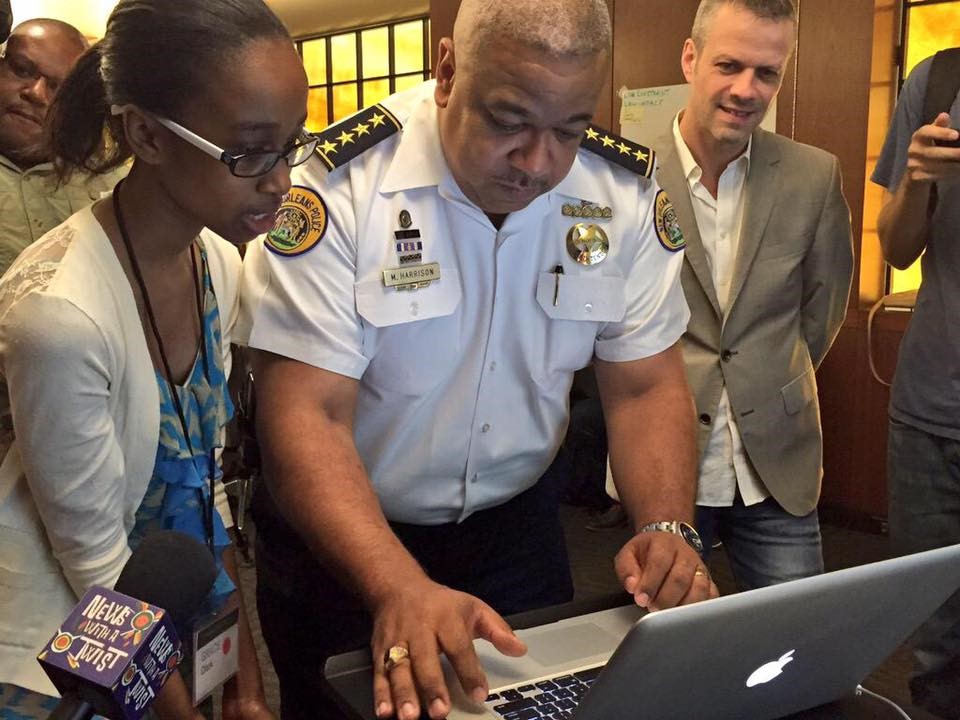 The power of data to transform our society for the better is incredible.  One of the areas to use data for immediate impact is in policing. Recently, the President’s Task Force on 21st Century Policing provided recommendations on how to best use the power of data to improve policing, including better use of data and technology to build community trust and reduce inappropriate interactions with residents.

On May 21, the President announced the launch of the Police Data Initiative, as a follow-up to this Task Force. Under this program, 24 jurisdictions nationwide have committed to open up datasets about policing, and to participate in a peer-learning network to share data innovations across law enforcement agencies. One of these jurisdictions is the City of New Orleans.

Last week, New Orleans held an event to preview three datasets on policing they plan to open to the general public (use of force, 911 calls for service with arrival times included, and field interview cards).  At the event, city officials worked with a group of young coders to build apps powered by this newly unlocked data.

Highlights of the event? Well, New Orleans Police Chief Michael Harrison writing his first line of code was a big one! In addition, Chief Harrison and City of New Orleans Chief Information Officer Lamar Gardere explored new ways that policing datasets might be used to build community trust in New Orleans, and the young coders had a chance to see first-hand how their work could impact policing in their neighborhoods.

We love this approach of pre-releasing data with a trusted group of young coders and their mentors for several reasons:

In just three days, the teams of coders at the New Orleans event were able to prototype several apps, underscoring the value of the new datasets. One app displayed 911 response times by neighborhood. Another showed crime along Mardi Gras parade routes. Another broke down demographic and other characteristics in data on pedestrian and vehicle stops.

Events like this demonstrate that opening up data and building products on top of that data can be a force-multiplier for community benefits. And since we’re just getting started with the Police Data Initiative, we can’t wait to see what fantastic event it will lead to next! Maybe it will be in your city.

Denice Ross is a Presidential Innovation Fellow at the U.S. General Services Administration.