Income, Poverty, and Health Insurance in the United States in 2014

Today’s report from the Census Bureau shows that real median income rose in 2014 for both family households (e.g., related people living together) and non-family households (e.g., a single person living alone). Overall median household income declined as the share of family households decreased. The official poverty rate held steady in 2014, while the supplemental poverty rate—which includes the effects of key anti-poverty policies—declined. Over the past two years, the child poverty rate has declined more than in any two-year period since 2000. The fraction of the population without health insurance declined sharply as the Affordable Care Act’s major coverage provisions took effect, falling in all fifty states in 2014. Continued employment and wage growth so far this year suggests that incomes are rising in 2015. The Earned Income Tax Credit (EITC) and other policies have contributed to recent improvements in incomes, and the President’s commitments to extending refundable tax credits enacted under the Recovery Act and implementing an EITC for childless workers will further strengthen these positive trends.

FIVE KEY POINTS IN TODAY’S REPORT FROM THE CENSUS BUREAU 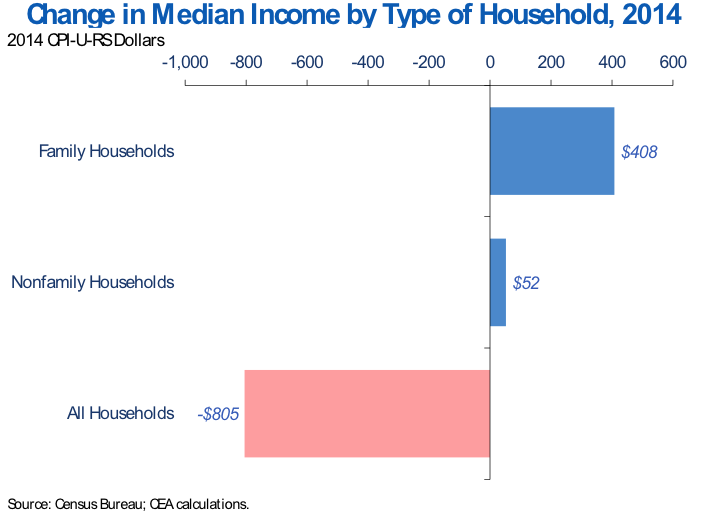 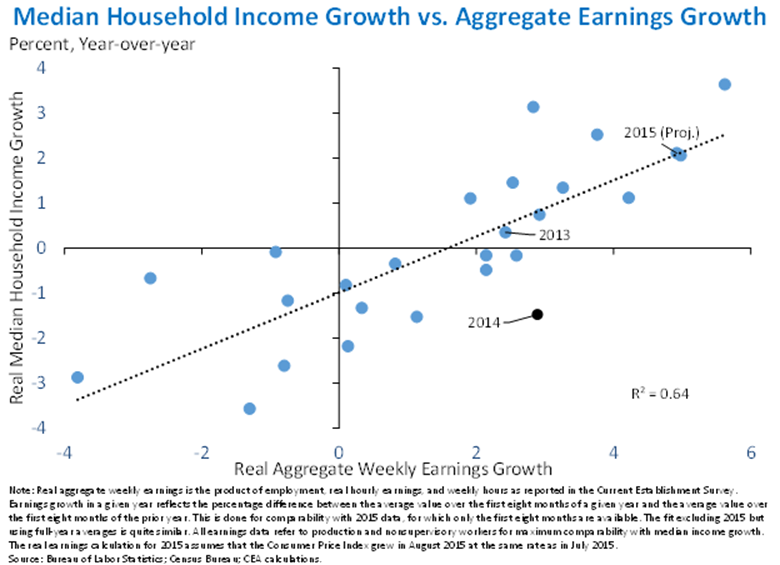 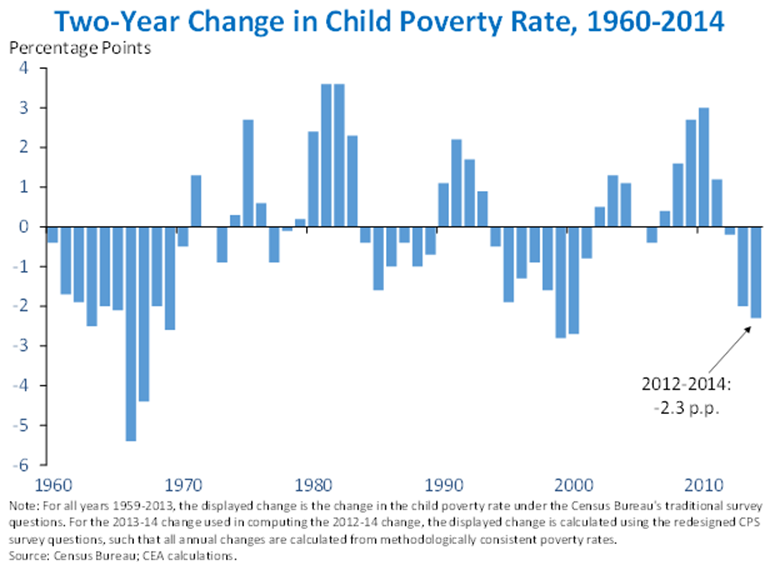 4. The supplemental poverty measure (SPM), which declined 0.5 percentage point in 2014, includes the direct effects of key anti-poverty policies like the Earned Income Tax Credit (EITC) and the Supplemental Nutrition Assistance Program (SNAP). The SPM is widely acknowledged to measure poverty more accurately than the official measure. Unlike the official measure, the SPM uses a post-tax and post-transfer concept of resources that combines earnings with assistance from government programs, including cash transfers and the cash-equivalent of in-kind transfers like food assistance—minus net tax liabilities, which can be negative for families receiving refundable tax credits like the EITC or Child Tax Credit (CTC), and necessary expenditures on work, child care, and health care. Together, 9.8 million Americans are above the poverty line who would fall below it but for refundable tax credits, and other programs account for similar totals. Social Security (whose benefits are also included in the official poverty measure) accounts for 25.9 million people who would otherwise fall below the poverty line. The President supports continuing these trends by extending the refundable tax credits enacted under the Recovery Act and implementing an EITC for childless workers. 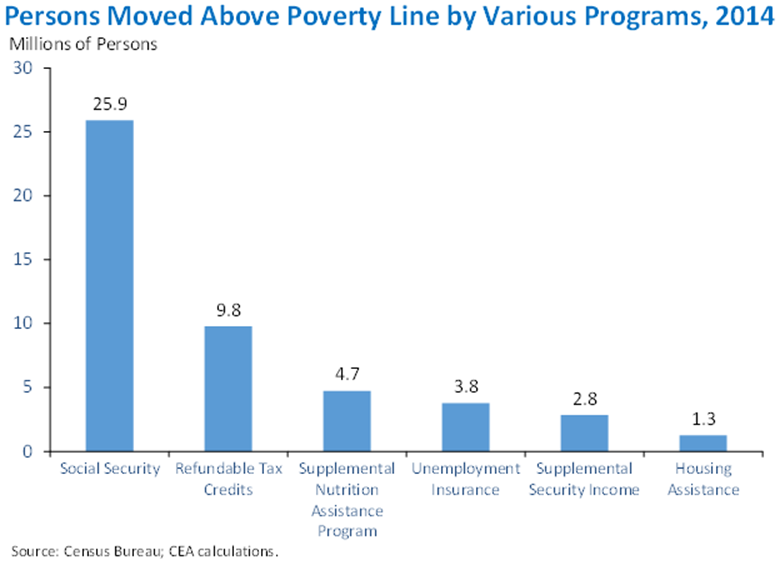 5. The share of people without health insurance coverage declined in every single state in the country in 2014—for the first time in the history of the series—as the Affordable Care Act’s major coverage provisions took effect. The new American Community Survey (ACS) data show that all states saw coverage gains in 2014, but the magnitude of those gains varied widely by state. Notably, states that expanded Medicaid under the Affordable Care Act saw a 3.4 percentage point decline in their uninsured rate, about 1.5 times as large as the 2.3 percentage point decline in states that did not expand the program. The causal effect of Medicaid expansion on state uninsured rates is likely even larger since non-expansion states had higher uninsured rates prior to 2014, and states with more uninsured tended to see larger coverage gains during 2014. Although the ACS is not the first survey to report estimates of state-level trends in insurance coverage in 2014 and beyond, the survey’s extremely large size allows it to provide particularly precise estimates. 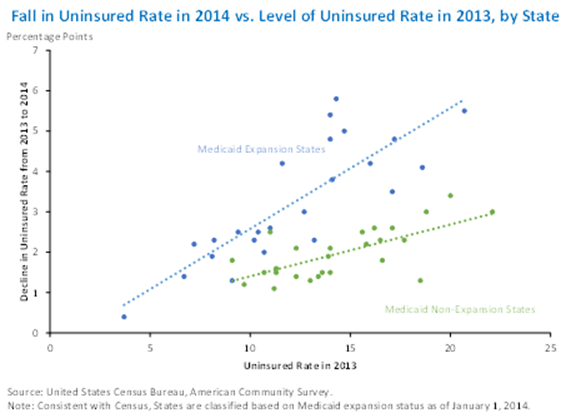