10 Things You Should Know About President Obama’s Actions to Protect Our Land, Water and Wildlife

January 8, 2016 at 10:07 AM ET by Christy Goldfuss
Twitter Facebook Email
Summary:
Here are ten things you should know about President Obama’s actions to protect our land, water and wildlife to kick off 2016!

As we ring in the New Year, we’re quickly approaching one of the most important milestones for our country’s conservation history. In August, we’ll celebrate the 100th anniversary of the creation of America’s National Park system and the protection of the iconic landscapes and natural treasures that fuel local economies, support wildlife, and provide incredible outdoor experiences for all Americans to enjoy.

Moving into the next century of conservation, there are many opportunities to build on the great progress we’ve made protecting our country’s land, water and wildlife. Here are 10 things you should know about President Obama’s conservation achievements to kick off 2016!

1. Protecting More Land and Water than Any Administration in History.

President Obama has taken unprecedented action to invest in America’s natural resources and protect our public lands and waters for future generations. Through the creation of 19 national monuments covering more than 260 million acres, the President has protected more land and water than any administration in history and has taken bold steps to protect places that are culturally and historically significant to diverse communities of Americans.

In addition to permanently protecting our national treasures, we are committed to ensuring that every child in America has the opportunity to experience our great outdoors. In celebration of the upcoming National Park Service centennial, we launched Every Kid in a Park, an initiative that connects youth to our shared outdoor and cultural heritage by giving every 4th grader and their families a free pass to our national parks, monuments and other public lands. 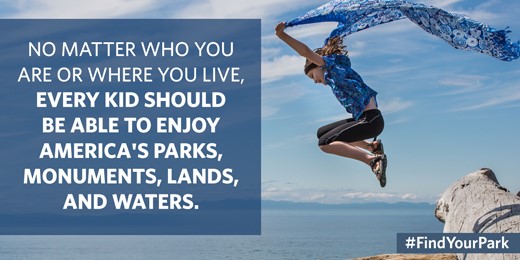 3. Saving Endangered Species Across the Country

Last September, we announced the largest collaborative land conservation effort ever assembled, working with 11 Western states, local governments, farmers, ranchers and private industry to successfully protect habitat that supports the Greater Sage Grouse and many other species across the West. This administration has also protected more endangered species due to successful recovery efforts than any other Administration.

Access to clean drinking water is critical for all Americans and every community across the country. We have focused on taking action to protect the streams and wetlands we rely on for our health, economy, and way of life. Through the Clean Water Rule, we will ensure the source of drinking water for one in three Americans is protected. 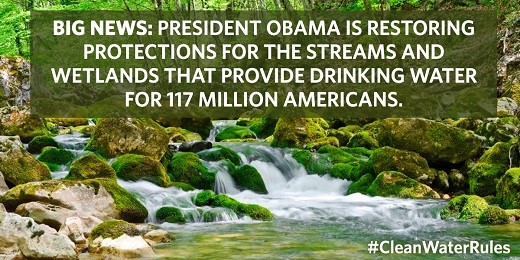 In recent years, we’ve also taken action to restore priority ecosystems across the country.  Tens of millions of Americans depend on places like the California Bay Delta, Chesapeake Bay, the Everglades, the Gulf of Mexico, and the Great Lakes for the health and economic vitality of their communities.  In the Everglades alone, the Administration has invested more than $2 billion to in critical restoration efforts. We’ve also taken big steps to encourage private investment in land, water and wildlife conservation.

After President Obama visited Kenya, the U.S. launched a wildlife trafficking strategy that expands U.S. efforts to eliminate poaching, and ensures that we are a world leader in protecting wildlife. We have announced an effort to create a near-total ban on the commercial trade of ivory, implemented the strongest environmental protections in an international trade deal in history, and worked with China to enact a similar commitment to ban ivory. 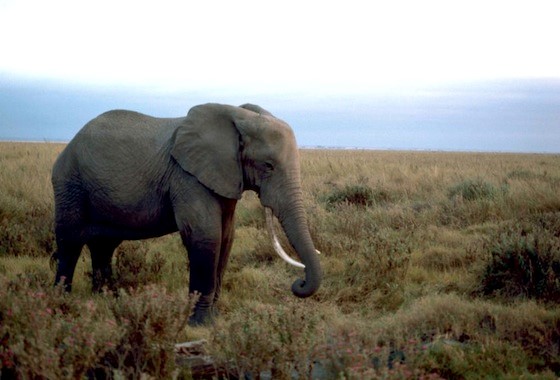 In addition to protecting many of our iconic public lands and marine ecosystems, we have put in place stronger safeguards to balance conservation and responsible onshore and offshore energy development. Through new landscape-level planning across the country, like in Moab, Utah, we have pioneered smarter approaches to reduce conflict between protecting natural treasures, enabling responsible energy development, and ensuring access for outdoor recreation.

The President is committed to protecting natural resources central to our American heritage. We have taken action to block damaging uranium mining around the Grand Canyon, designated Alaska’s Bristol Bay as off limits from future oil and gas leasing, and proposed permanent wilderness protection for the Arctic National Wildlife Refuge.

Under President Obama, we have taken mores steps to act on climate than ever before, reducing our own emissions, investing in clean energy, and working with the international community to secure a historic international climate agreement. We have also focused on helping communities better prepare for the impacts of climate change that we cannot avoid through actions such as launching a $1 billion national competition to support community resilience and creating the Resilience AmeriCorps program to provide capacity for local resilience-building efforts in low-income areas.