February 9, 2016 at 12:59 PM ET by Melanie Garunay
Twitter Facebook Email
Summary:
Explore President Obama's 2017 budget and learn how it builds on the progress we've made and makes smart investments to tackle the challenges ahead.

​“Over the past seven years, I have seen the strength, resilience, and commitment of the American people. I know that when we are united in the face of challenges, our nation emerges stronger and better than before...The budget is a roadmap to a future that embodies America’s values and aspirations: a future of opportunity and security for all of our families; a rising standard of living; and a sustainable, peaceful planet for our kids. This future is within our reach.”
President Obama

Today, President Obama released his final budget, outlining a path to meet our country's greatest challenges not just for the year ahead, but for decades to come. The budget proposes smart investments to accelerate the pace of American innovation, so that we can create jobs, build the economy of the future, and tackle our nation's greatest challenges like climate change -- all while building on the progress we've made over the past seven years to make the economy works for everyone.

Here are three ways you can explore President Obama's 2017 budget: 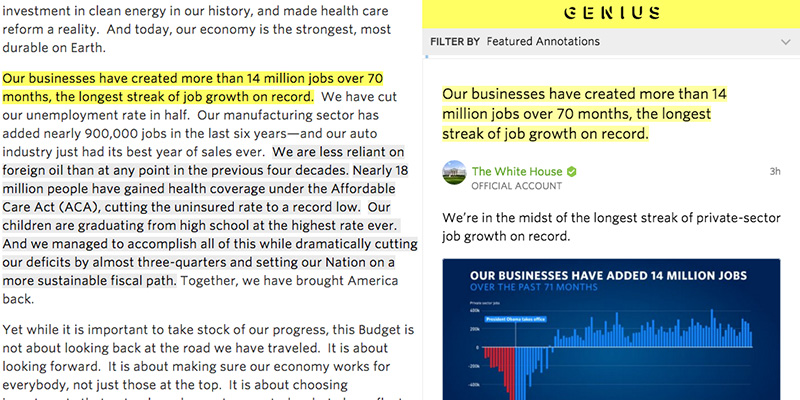 Every year, President Obama writes a message introducing his budget. This year, you can read his budget message like never before — with graphics, videos, and stories from Americans who wrote to the President about the policies laid out in the budget.

2. Explore the data on GitHub and Socrata

For the second consecutive year, we're releasing all of the budget data to GitHub and Socrata, websites for hosting open-source projects. With these tools, anyone can dig into the numbers behind the budget, and even create their own visualizations or products from the data.

3. Read the full budget on Budget.gov

Like last year, you can scroll through every page of the budget right on Budget.gov. Here are some of the highlights:

Cybersecurity National Action Plan: The President's budget invests more than $19 billion to strengthen our nation's cybersecurity – a more than 35 percent increase from last year’s request. He is also directing the Administration to implement a Cybersecurity National Action Plan (CNAP) that takes near-term actions and puts in place a long-term strategy to ensure the federal government, the private sector, and American citizens can take better control of our digital security. Learn more about the plan. 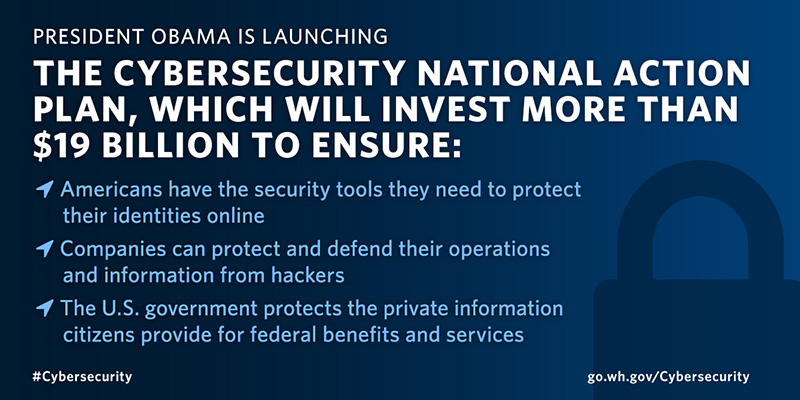 Mission Innovation: In November, President Obama and other world leaders came together in Paris to launch Mission Innovation, a landmark commitment to dramatically accelerate public and private global clean energy innovation. Through the initiative, 20 countries committed to double their governments’ respective research and development investments in this domain over five years. Today, President Obama announced the next step in advancing that goal, laying out his proposal to double the Federal investment in clean energy R&D from $6.4 billion in FY 2016 to $12.8 billion in FY 2021.

Moonshot to Cure Cancer: The budget includes a new $1 billion investment to jumpstart the national “moonshot” initiative to eliminate cancer as we know it and provide the funding necessary for researchers to accelerate the development of new cancer treatments. 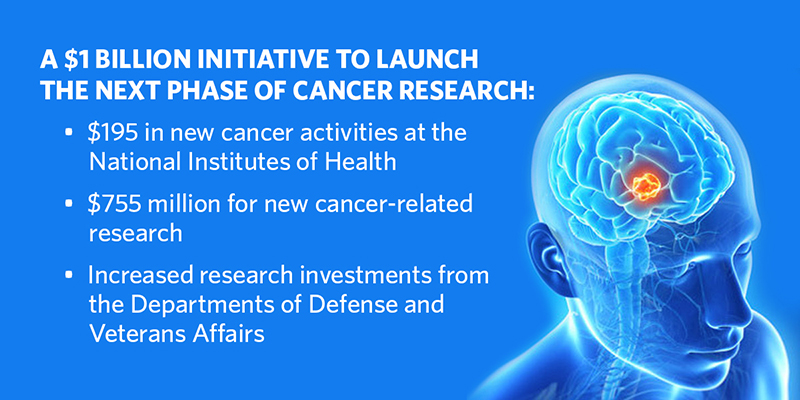 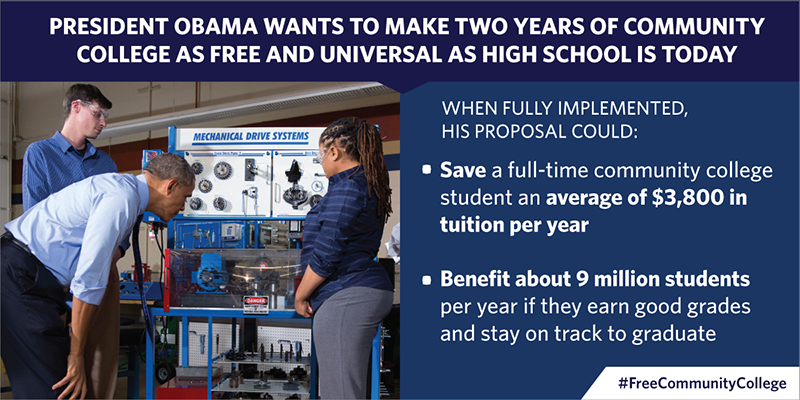 Computer Science for All: To continue the real progress we’ve made in education and address the new skills needed in our rapidly shifting economy, the President unveiled his plan to give all students across the country the chance to learn computer science (CS) in school. The President’s Computer Science for All Initiative seeks to expand CS education by providing $4 billion in funding for States and $100 million directly for districts to increase access to K-12 CS by training teachers, expanding access to high-quality instructional materials, and building effective regional partnerships.

Pell Grant Reforms: To help ensure every American gets the postsecondary education and training they need to find a good-paying job, the Administration is calling for an additional $2 billion investment in the federal Pell Grant program -- the cornerstone of college affordability. The two new Pell proposals in the 2017 Budget will help students to accelerate progress towards their degrees by attending school year-round and encourage students to take more credits per term, increasing their likelihood of on-time completion.

Read the full overview of all of the policies and investments in President Obama's budget.