The Offshore Wind Industry Has Wind at Their Back

September 9, 2016 at 2:45 PM ET by Dan Utech
Twitter Facebook Email
Summary:
Today, the Departments of Energy and Interior announced the publication of a collaborative strategic plan to accelerate the development of offshore wind in the U.S.

Today, I joined Secretary Moniz and Secretary Jewell in Boston to mark the exciting new progress the United States is making in promoting the deployment of offshore wind energy. In an event at the Wind Technology Testing Center in Massachusetts, a research center which tests the most advanced wind turbine and blade technologies, the Departments of Energy and Interior announced the publication of a collaborative strategic plan to continue accelerating the development of offshore wind energy in the United States.

The release of the report comes at a pivotal moment for the industry. This year, the United States will complete America’s first offshore commercial wind farm off of Block Island, RI. The new 30 MW wind farm was the Bureau of Ocean Energy Management’s (BOEM) first right-of-way grant and is expected to start operating by the end of 2016. It will generate enough electricity to power 17,000 homes in New England. Projects like Block Island will also help meet the President’s call to permit 20 GW of renewable electricity generation on public lands and waters by 2020. Up and down our coasts, states are accelerating the development of offshore wind.  In fact, Massachusetts just signed into law a comprehensive energy bill that will promote the development of 1600 MW of offshore wind generation in the next 10 years and New York is deceloping a master plan to promote offshore wind generation as a substantial portion of their 50 percent renewable energy by 2030 target. With significant technical potential along the Atlantic, Pacific and Great Lakes, we can anticipate strong deployment in the years to come.

Indeed, DOE and BOEM project that the United States could achieve 86 gigawatts of offshore wind by 2050. This expansion will not only grow the wind industry, but also support 160,000 jobs, reduce power sector water consumption by 5 percent, and avoid billions of tons of carbon emissions. 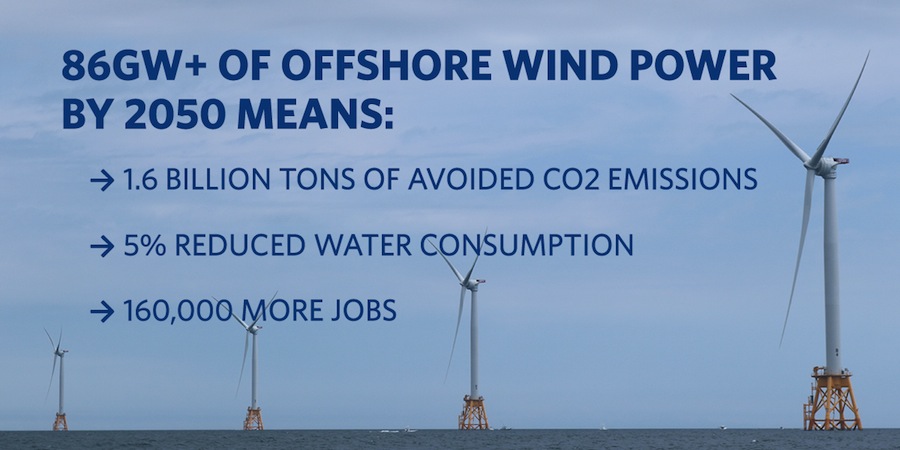 These new milestones for offshore wind build on years of work from the Administration. Since 2011, the Energy Department has allocated nearly $200 million to support cutting-edge offshore wind demonstration projects and research and development investments in technologies that specifically address the opportunities and challenges across U.S. waters. Additionally, since 2010, the Department of the Interior has issued 11 commercial leases for offshore wind development, nine of which generated approximately $16 million through competitive lease sales and covered more than one million acres of federal waters from the coast of North Carolina to California to Haiwii.

The dramatic advances projected for offshore wind are tracking what we have already witnessed in the land-based wind space. Since 2008, wind energy in the U.S. has more than tripled, and wind power accounted for 31% of all new generation capacity brought online from 2008-2014. And last year, as part of the budget deal, President Obama secured a five-year extension tax credits for wind and solar, which will spur an additional 100 GW of new wind and solar in the coming years. That’s more than double the amount in operation today. 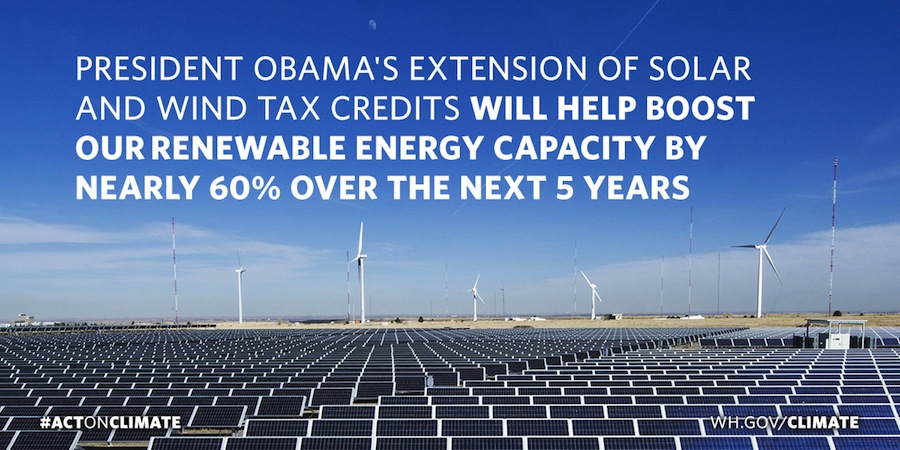 In the past eight years, we’ve seen the cost of land-based wind technologies drop by 40 percent, due to economies of scale, improvements in manufacturing and a focus on innovation by both industry and government.  Wind power has emerged as a key source of American clean energy and is now being generated in 39 states.

And there’s potential for even more. With taller towers, longer blades, and other advances, the next generation of wind turbines can help expand wind power to all 50 states.

Today’s announcement represents another major step down the right path. Through continued investment and support, we can continue to build on the progress made under President Obama and transition to the 21st century clean energy economy.

The full report, National Offshore Wind Strategy: Facilitating the Development of the Offshore Wind Industry in the United States, is online at wind.energy.gov.