September 21, 2016 at 10:00 AM ET by President Barack Obama
Twitter Facebook Email
Summary:
President Obama shares two charts that show the progress that American families have made since the economic recovery.

President Obama sent this message to the White House email list to highlight two important findings from the latest Census Bureau report: household incomes increased and poverty went down. Learn more about the report here -- and make sure to sign up for the latest updates.

Over the past eight years, we've made incredible progress in our economic recovery. Our businesses have created more than 15 million new jobs since early 2010. Twenty million people now have the security of health coverage thanks to the Affordable Care Act. Together, we've turned around an economy in freefall and put it on a stronger, more durable course.

And last week, we got even more great news: the policies we've put in place since the recession have started to pay off in real ways for American families. Take a look at these charts: 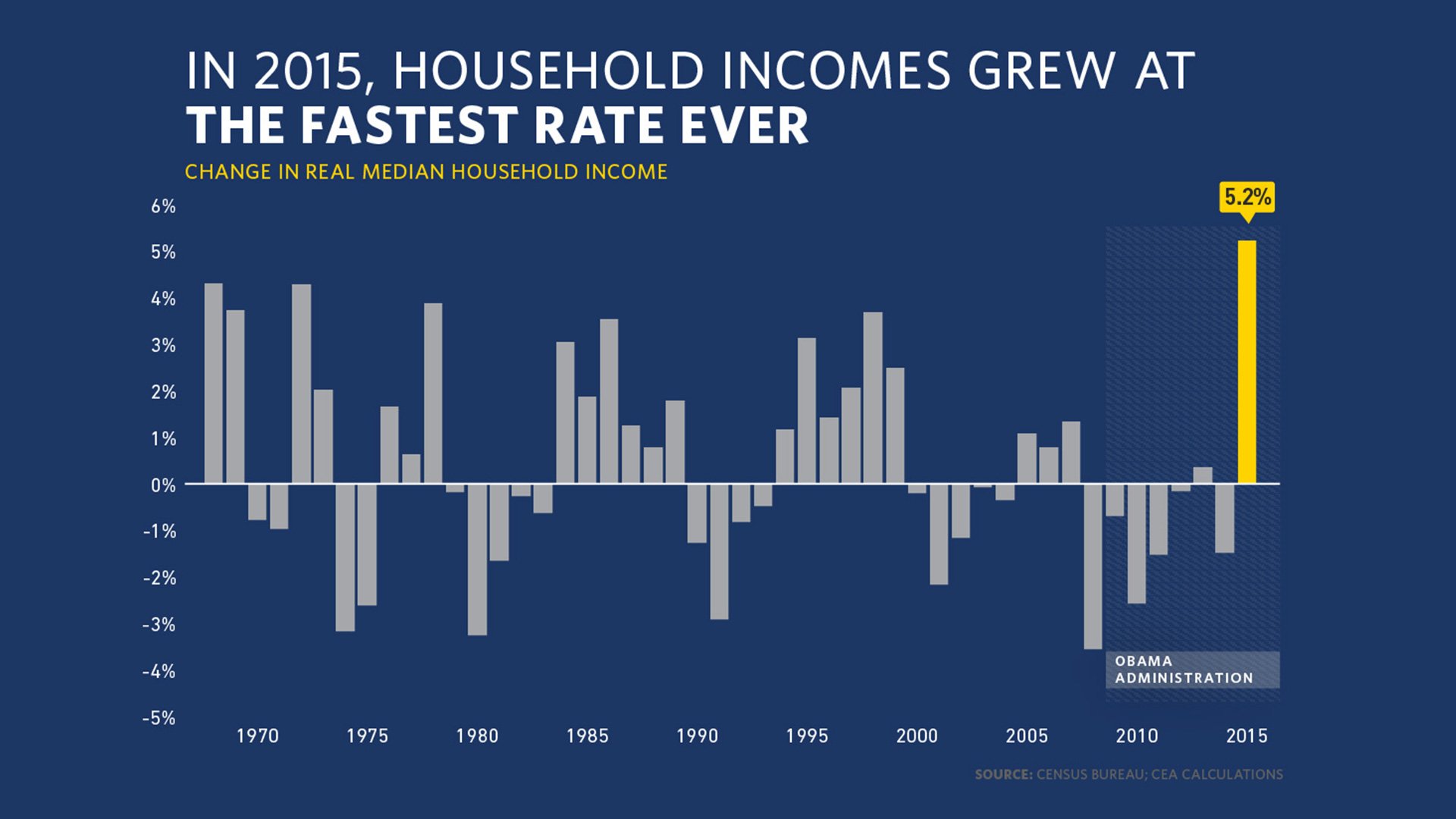 Last year, across every race and age group in America, incomes rose and the poverty rate fell. Folks’ typical household incomes rose by about $2,800 -- which is the fastest rate on record. The good news is that it went up for everybody, with folks at the middle and bottom of incomes seeing the largest gains, and folks at the very top seeing the smallest gains.

By so many measures, our country is stronger and more prosperous than it was eight years ago. 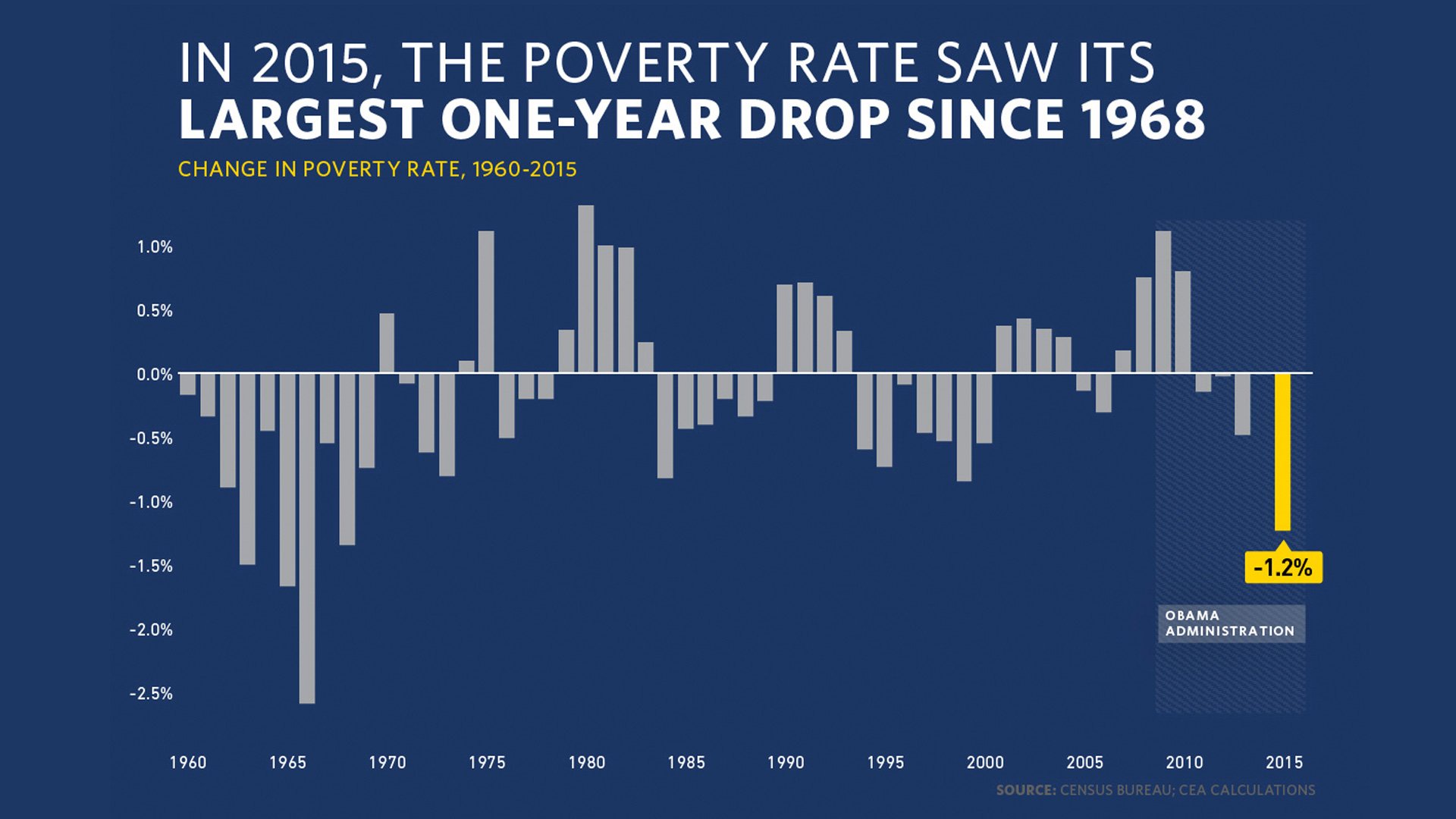 We lifted 3.5 million people out of poverty, including one million children – the largest one-year drop in almost 50 years. Poverty went down across all racial and ethnic groups.

Now, we know that inequality is still too high. We know that a lot of folks still feel like they're treading water. There's still so much more we could do to grow the economy,  get wages rising faster, and slow the trend of inequality that's been on the rise for decades. That's why I've called on Congress to raise the minimum wage high enough so that if somebody is working full time, they're not living in poverty. It's why I've called for investments in clean energy and infrastructure to create more secure, good-paying jobs.

So we’re not done yet. We plan to sprint through the tape to keep building an economy where all working Americans and their families can have a fair shot at opportunity and security. This has been my goal since day one as your President -- and it's what I'll continue fighting for as long as I'm in office.