Climate Action is a Matter of Fiscal Responsibility

November 15, 2016 at 11:30 AM ET by Ali Zaidi
Twitter Facebook Email
Summary:
Failure to address climate change could cost the Federal Government and taxpayers hundreds of billions of dollars each year. 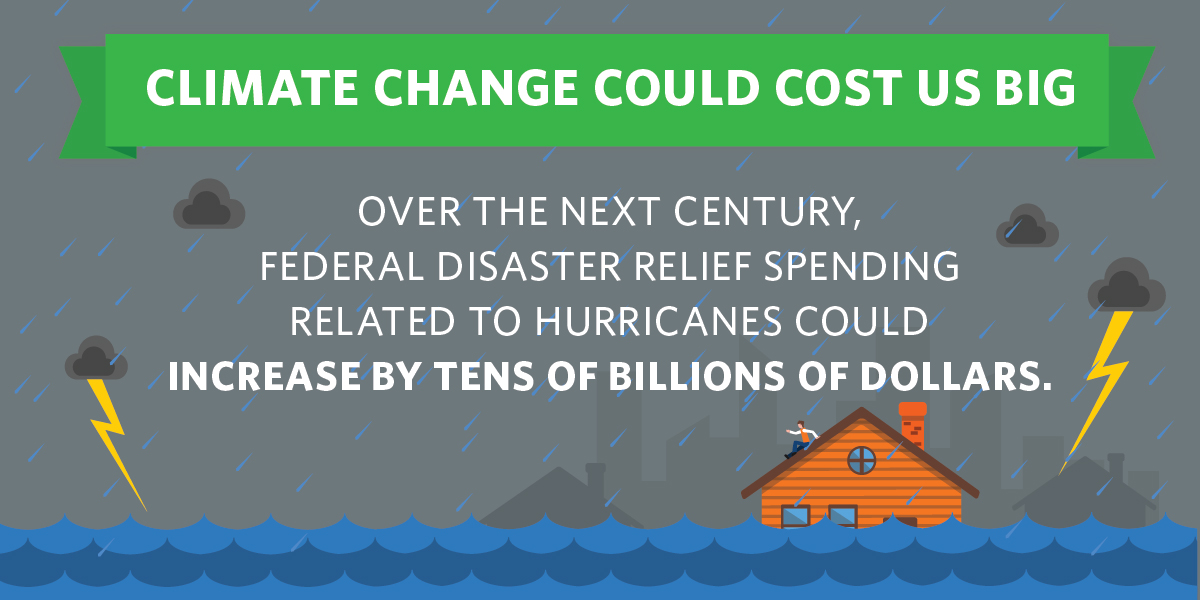 This week, world leaders are gathered in Marrakech for the 22nd Conference of the Parties to the United Nations Framework Convention on Climate Change (COP22). As a part of COP22, yesterday I joined officials from Standard & Poor’s, a global financial analysis and ratings agency, and CDP, an organization focused on climate risk and emissions disclosure, for a discussion at a U.S. Center event on the fiscal risks that climate change poses to businesses and governments alike. The takeaway from the discussion was clear: across both the private and public sectors, leaders are increasingly realizing that they cannot afford to ignore these risks. And as a new report released today by the Office of Management and Budget makes vividly clear, the U.S. Federal Government cannot afford to ignore them either.

Climate change poses a threat not just to the environment, but also to fiscal outlooks. With sea levels on the rise, the impact of storms like Sandy and Matthew is compounded – along with the costs of recovery and rebuilding. Longer wildfire seasons and higher temperatures are already intensifying wildfire risk, and the costs of fighting wildfires are soaring with that trend. And our military bases, in addition to facilities like NASA’s Kennedy Space Center, are already battling eroding coastlines, rising sea levels and thawing permafrost.

But the costs we are incurring today will be dwarfed by the costs that lie ahead. Without action, taxpayers will face hundreds of billions of dollars in additional costs every year by late in this century as the effects of climate change accelerate.

The new analysis being issued today is a wake-up call. Climate change will significantly increase the pressures on an already constrained Federal Budget: annual wildland fire suppression expenditures could triple; crop insurance premiums and the Federal subsidies that allow farmers to pay those premiums could both increase by nearly half; illnesses related to poor air quality could prompt billions in additional federal health care spending each year; and —according to the Congressional Budget Office —annual federal disaster relief spending related to hurricanes could increase by tens of billions of dollars. Unabated climate change is also projected to reduce annual global economic output by as much four percent by 2100—implying hundreds of billions of dollars in lost annual federal revenue here in the United States. 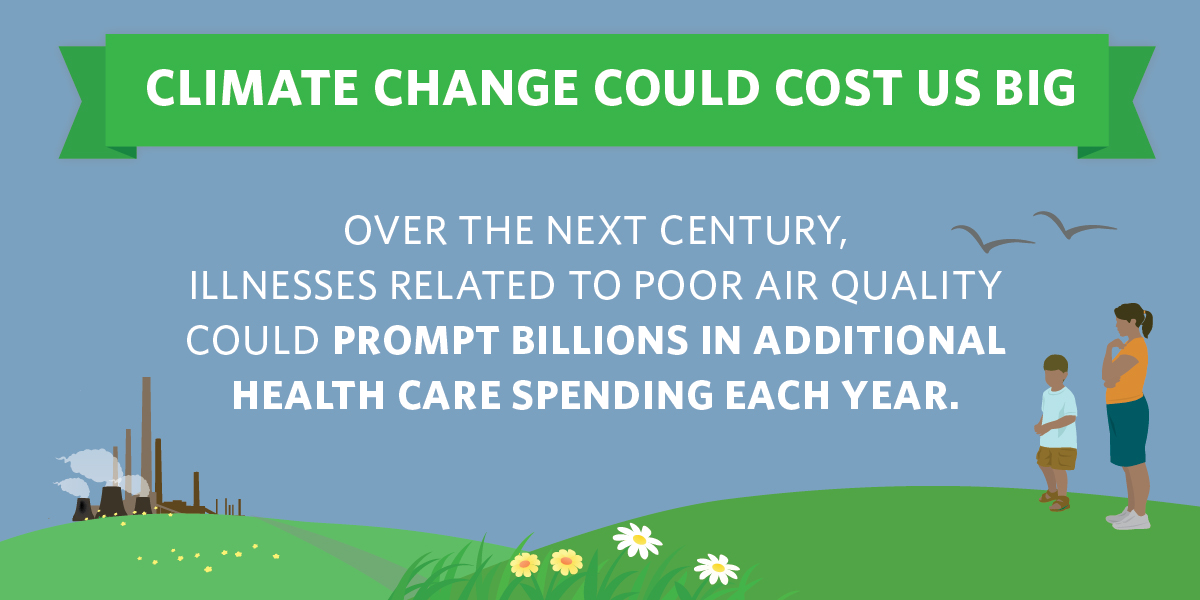 More work is necessary to build on our current understanding of the fiscal risk posed by climate change. Our best scientists and economists will need to help paint the full picture of the fiscal risks of climate change—including by capturing additional areas of climate risk such as national security, transportation infrastructure and public health impacts like the spread of infectious diseases.

But there is good news here too. We know it is not too late to act. Taking steps to curb global greenhouse gas emissions and adapting to climate change can significantly reduce our fiscal risks and support our economy as a whole. Through the Paris Agreement, we’ve set a goal of limiting global warming to well below two degrees Celsius. Relative to global warming of four degrees Celsius, meeting this goal could avoid damages equivalent to three percent of global annual output annually by 2100. In the United States, that could translate to more than $2 trillion in avoided damages each year in real terms by 2100 – the equivalent of nearly $350 billion per year in today's economy.

Limiting and mitigating the fiscal risk that climate change poses to the Federal Government will not be easy. It will require smart policies and regulations, like the flood risk reduction standards we recently proposed to protect our investments through FEMA and HUD. It will require championing of consistent and robust disclosure of climate risk, advanced in part by the public scorecard we are releasing today for the largest Federal suppliers on their disclosures of climate risk and greenhouse gas management strategies, and in part by requirements for federal contractors to report whether they publicly disclose their greenhouse gas emissions and set emission reduction goals. It will require technological innovation spurred by the public and private sectors. And, it will require sustained commitment from policymakers and the American people for years to come.

Although it is not easy, it is a challenge we must accept. Because ultimately, when it comes to protecting our economy and the only planet we’ve got, the cost of inaction is simply too high.