Ray LaHood became the 16th Secretary of Transportation on January 23, 2009. Secretary LaHood’s primary goals in implementing President Obama’s priorities for transportation included safety across all modes, restoring economic health and creating jobs, sustainability – shaping the economy of the coming decades by building new transportation infrastructure, and assuring that transportation policies focus on people who use the transportation system and their communities.

As Secretary of Transportation, LaHood led an agency with more than 55,000 employees and a $70 billion budget that oversaw air, maritime and surface transportation missions.

Secretary LaHood said he would bring President-elect Obama’s priorities to the Department and see them effectively implemented with a commitment to fairness across regional and party lines and between people who come to the issues with different perspectives.

Before becoming Secretary of Transportation, LaHood served for 14 years in the U.S. House of Representatives from the 18th District of Illinois (from 1995-2009). During that time he served on the House Transportation and Infrastructure Committee and, after that, on the House Appropriations Committee. Prior to his election to the House, he served as Chief of Staff to U.S. Congressman Robert Michel, whom he succeeded in representing the 18th District, and as District Administrative Assistant to Congressman Thomas Railsback. He also served in the Illinois State Legislature.

Before his career in government, Former Secretary LaHood was a junior high school teacher, having received his degree from Bradley University in Peoria, Illinois. He was also director of the Rock Island County Youth Services Bureau and Chief planner for the Bi-States Metropolitan Planning Commission in Illinois.

LaHood and his wife, Kathy, have four children (Darin, Amy, Sam, and Sara) and nine grandchildren.

This past week Secretary of Transportation Ray LaHood welcomed leaders and innovators in the transportation field to the White House as Champions of Change. These individuals are making a difference every day in their local communities and across the country. And, thanks to them, it is a new day for transportation in America.
August 1, 2012 at 12:42 PM ET

Our veterans have the skills and real life experience that we need to help rebuild America. Removing a few of the barriers that stand in the way of their success and connecting them with the employment opportunities that they deserve is the least we can do to thank them for their service.
July 11, 2012 at 5:03 PM ET

Thanks to legislation recently signed by President Obama, thousands of construction workers on job sites across the country will continue working to improve America's infrastructure.
July 9, 2012 at 2:29 PM ET

In an effort to decrease veteran unemployment, the Department of Transportation today announced a new initiative that will provide veterans an easy way to apply for transportation related jobs
June 21, 2012 at 12:12 PM ET

Safety is the number one priority at the US Department of Transportation (DOT), so National Transportation Week is the perfect time for DOT to help launch the Obama Administration's critical Safety Data Initiative.
May 18, 2012 at 11:20 AM ET 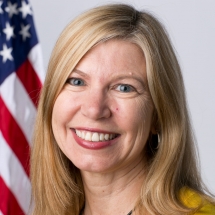 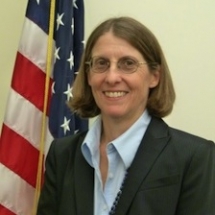