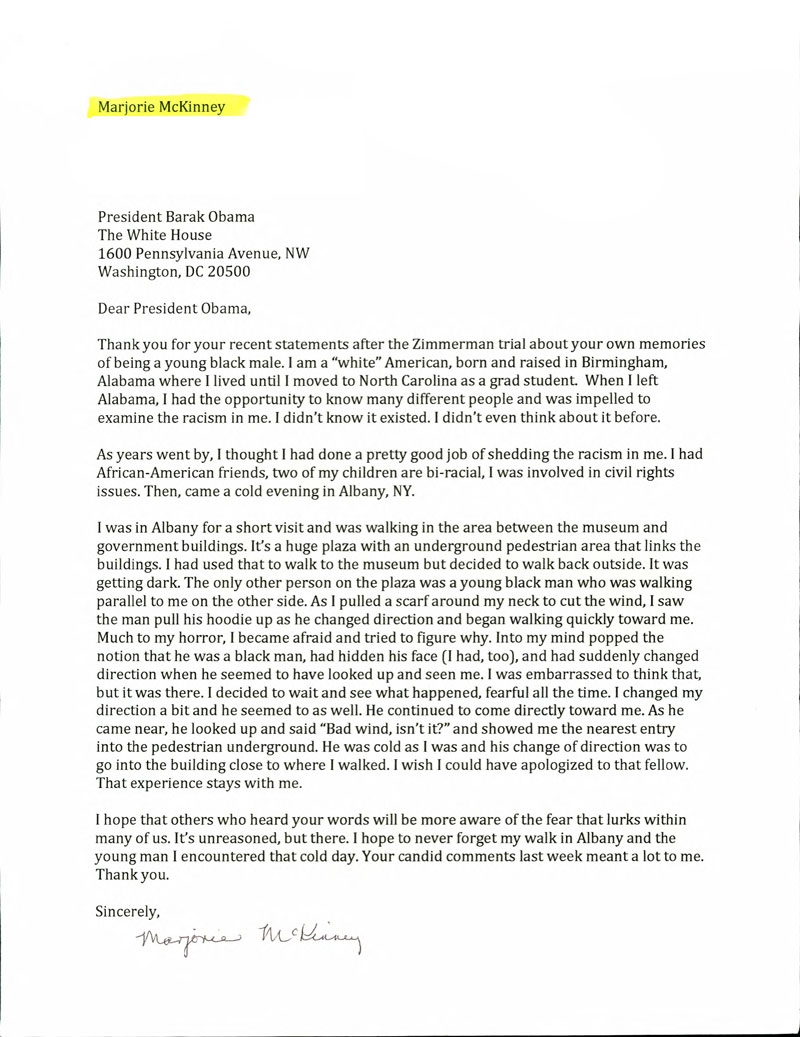 Thank you for your recent statements after the Zimmerman trial about your own memories of being a young black male. I am a "white" American, born and raised in Birmingham, Alabama where I lived until I moved to North Carolina as a grad student. When I left Alabama, I had the opportunity to know many different people and was impelled to examine the racism in me. I didn't know it existed. I didn't even think about it before.

As years went by, I thought I had done a pretty good job of shedding the racism in me. I had African-American friends, two of my children are bi-racial, I was involved in civil rights issues. Then, came a cold evening in Albany, NY.

I was in Albany for a short visit and was walking in the area between the museum and government buildings. It's a huge plaza with an underground pedestrian area that links the buildings. I had used that to walk to the museum but decided to walk back outside. It was getting dark. The only other person on the plaza was a young black man who was walking parallel to me on the other side. As I pulled a scarf around my neck to cut the wind, I saw the man pull his hoodie up as he changed direction and began walking quickly toward me. Much to my horror, I became afraid and tried to figure why. Into my mind popped the notion that he was a black man, had hidden his face (I had, too), and had suddenly changed direction when he seemed to have looked up and seen me. I was embarrassed to think that, but it was there. I decided to wait and see what happened, fearful all the time. I changed my direction a bit and he seemed to as well. He continued to come directly toward me. As he came near, he looked up and said "Bad wind, isn't it?" and showed me the nearest entry into the pedestrian underground. He was cold as I was and his change of direction was to go into the building close to where I walked. I wish I could have apologized to that fellow. That experience stays with me.

I hope that others who heard your words will be more aware of the fear that lurks within many of us. It's unreasoned, but there. I hope to never forget my walk in Albany and the young man I encountered that cold day. Your candid comments last week meant a lot to me. Thank you. 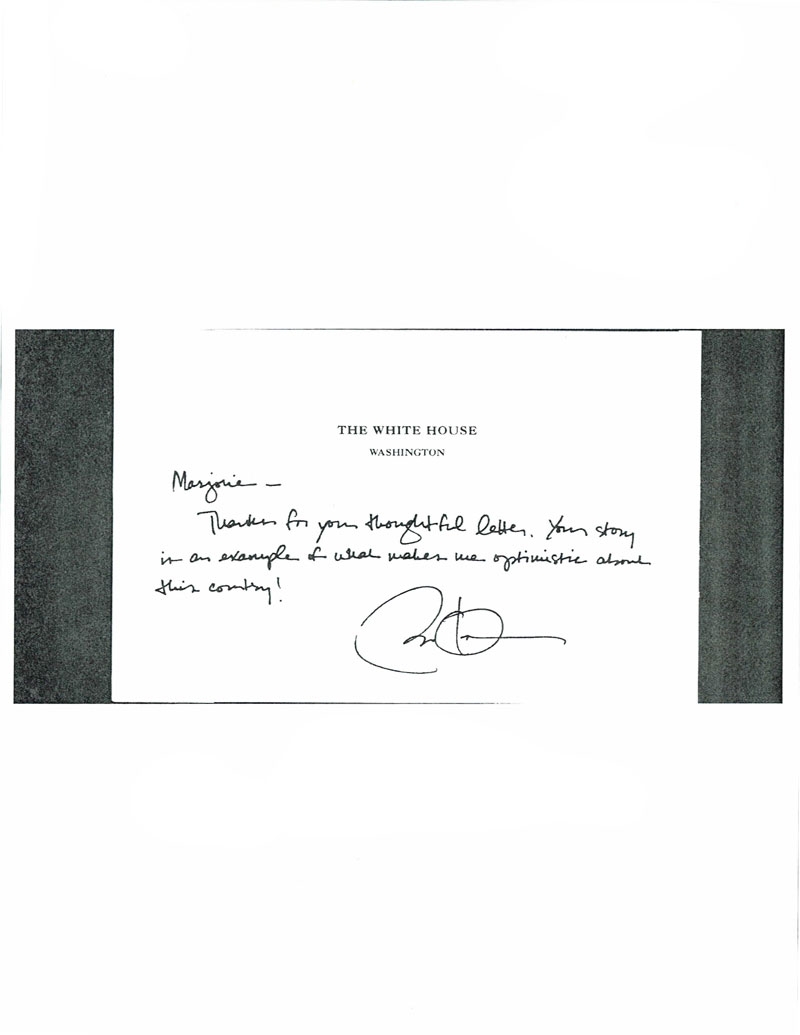 Thanks for your thoughtful letter. Your story is an example of what makes me optimistic about this country!