Jobs Numbers and the People They Represent

The President was touring K Neal International Trucks, Inc. in Hyattsville, Maryland this morning.  The company is just a few miles out of DC, but it’s the kind of company in the kind of town you see all over America.  After the tour he said a few words to the employees about the latest jobs numbers, which CEA Chair Christina Romer wrote about this morning:

I was talking to Stephen and he told me that rental and lease sales have improved, that there’s a pent-up demand out there for new equipment and you’ve added workers over the last few months.  And Stephen said if things keep on going well, he’ll add more in the months ahead.

We’re hearing more and more stories like that all across America.  A lot of businesses were hit hard during this downturn, but they’re starting to hire again.  Workers who were laid off, they’re starting to get their jobs back.  Companies that were almost forced to close their doors are making plans to expand and invest in new equipment.

And this progress is reflected in the monthly jobs reports that we get each month.  We received one today.  In May, the economy added 431,000 jobs.  (Applause.)  Now, this is the fifth month in a row that we’ve seen job gains.  And while we recognize that our recovery is still in its early stages and that there are going to be ups and downs in the months ahead -- things never go completely in a smooth line -- this report is a sign that our economy is getting stronger by the day.

Now, I want to emphasize that most of these jobs this month that we’re seeing in the statistics represent workers who’ve been hired to complete the 2010 census.  So these are temporary jobs that are only going to last until the fall, and that may be reflected in future jobs reports.  But even if you put those temporary jobs aside, there’s no doubt that we saw another month of private sector job growth.  And that is obviously critical because when businesses are hiring again, people start spending again.  That, in turn, gives businesses more and more incentive to grow.

Now, this doesn’t mean that the recession is over for the millions of Americans who are still out of work, or the millions more who are still struggling to make ends meet.  No words, no statistics, can take away the pain and the anxiety that a family feels because of this downturn.  That can only be relieved with a steady paycheck and the security that a steady job brings.

What these numbers do mean, though, is that we’re moving in the right direction.  The economic policies that we put in place are working.  An economy that was shrinking at a scary rate when I was sworn in as President has now been growing for three consecutive quarters.  We were losing 750,000 jobs a month during the winter of last year.  We’ve now added jobs for six out of the last seven months.

You need to upgrade your Flash Player

[View full size | Download the data as a csv file] 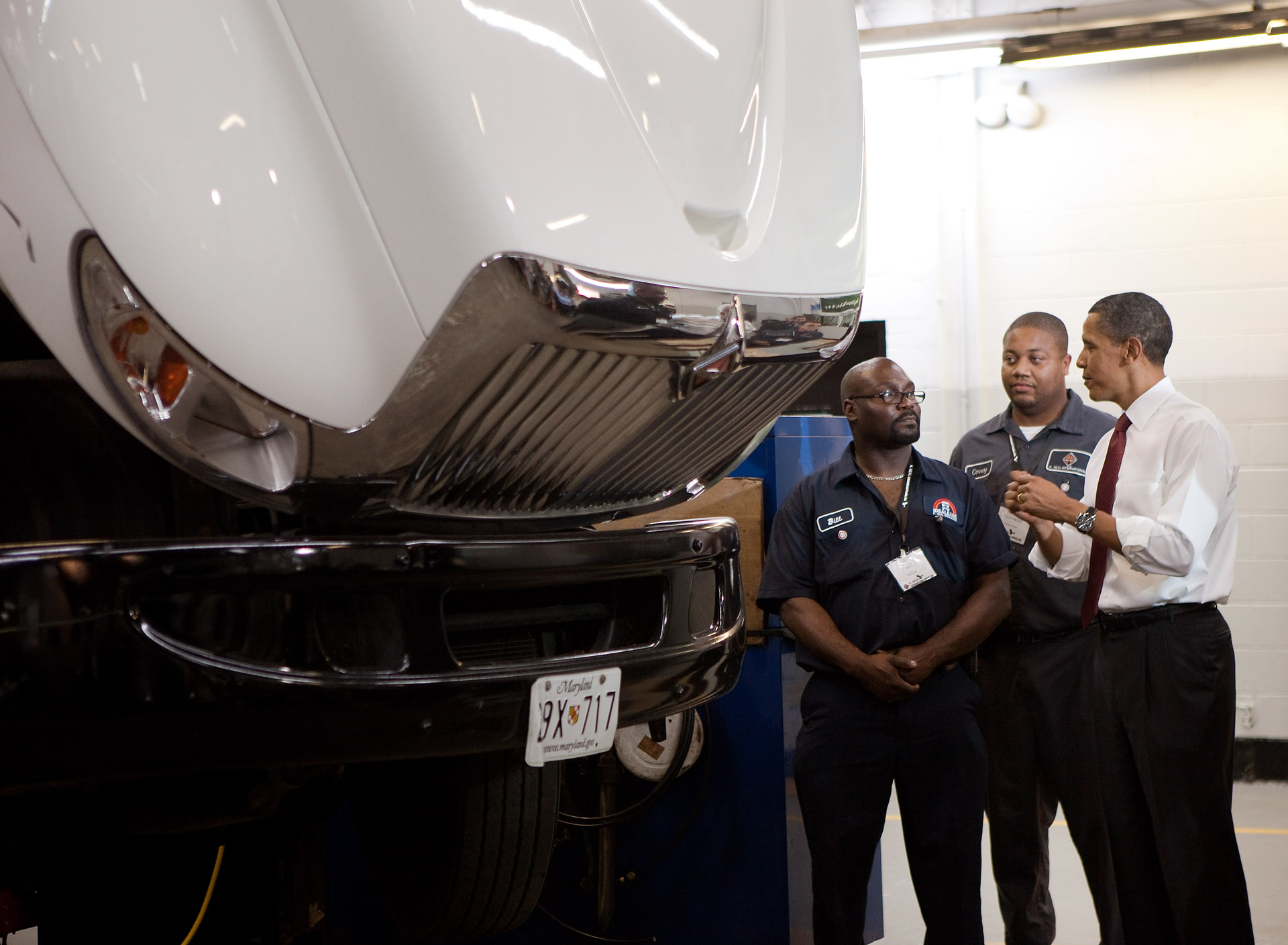