July 23, 2010 at 1:55 PM ET by Katelyn Sabochik
Twitter Facebook Email
Summary:
President Obama signs three bills into law that will help our economy get back on track and eliminate wasteful and fraudulent improper payments by the federal government.
[[nid:18693]]

In his remarks today in the Roosevelt Room, President Obama reflected on these three important pieces of legislation and urged Congress to do even more to help small businesses.

First, I signed a Wall Street reform bill that will protect consumers and our entire economy from the recklessness and irresponsibility that led to the worst recession since the Great Depression.  It’s a reform that will help us put a stop to the abusive practices of mortgage lenders and credit card companies, and ensure that people get the straight, unvarnished information that they need before they take out a loan or open a credit card. It will bring the shadowy deals that caused the financial crisis into the light of day.  And it will end taxpayer bailouts of Wall Street firms and give shareholders a say on executive compensation.

On the Improper Payments Elimination and Recovery Act:

Second, I signed a law that will improve our ability to crack down on improper payments made by our government.  Every year the government wastes tens of billions of dollars -- taxpayer dollars -- on erroneous payments to companies that haven't paid their taxes, or to prison inmates, or even to people who died a long time ago.  Today we have the technology to block these payments.  And the law I signed will give us new tools to do so.  I've set a target to save at least $50 billion in -- by 2012, savings that are more important today than ever because we simply don't have any money to waste.

Third, we finally overcame the procedural blockade of a partisan minority in the Senate to restore unemployment insurance for about 2.5 million Americans who are out of work and looking for a job.

With this small business bill, we’ll set up a new lending fund to help community banks offer small businessmen and women the loans they need to grow and to hire.  We’ll help states encourage more private sector loans to small businesses in industries like manufacturing or construction that have been especially hard hit by this recession.  We’ll expand our most successful small business initiatives and more than double the size of loans our small business owners can take out.

And to unlock the growth of our entrepreneurs, we’ll finally do what I’ve been advocating since I ran for President, which is to eliminate capital gains taxes entirely for key investments in small businesses. 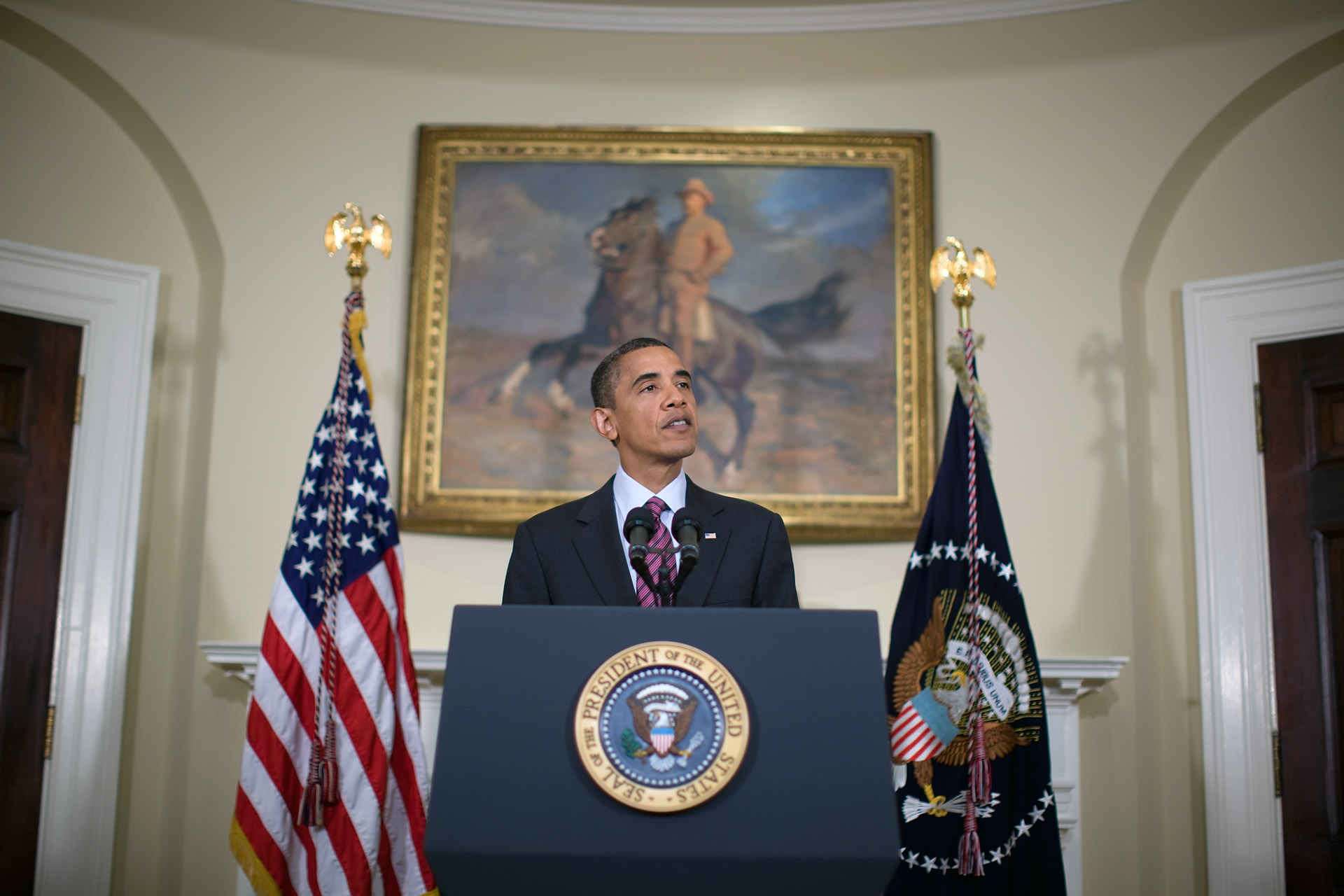 President Barack Obama remarks on the economy during a statement to the press in the Roosevelt Room of the White House, July 23, 2010. (Official White House Photo by Lawrence Jackson)