President Obama's Rural Message: There's Nothing Wrong with our Country

August 18, 2011 at 4:32 PM ET by Colleen Curtis
Twitter Facebook Email
Summary:
After three days of traveling through the Midwest and talking with farmers, small business owners and concerned citizens, the President says Congress must act quickly to put Americans back to work 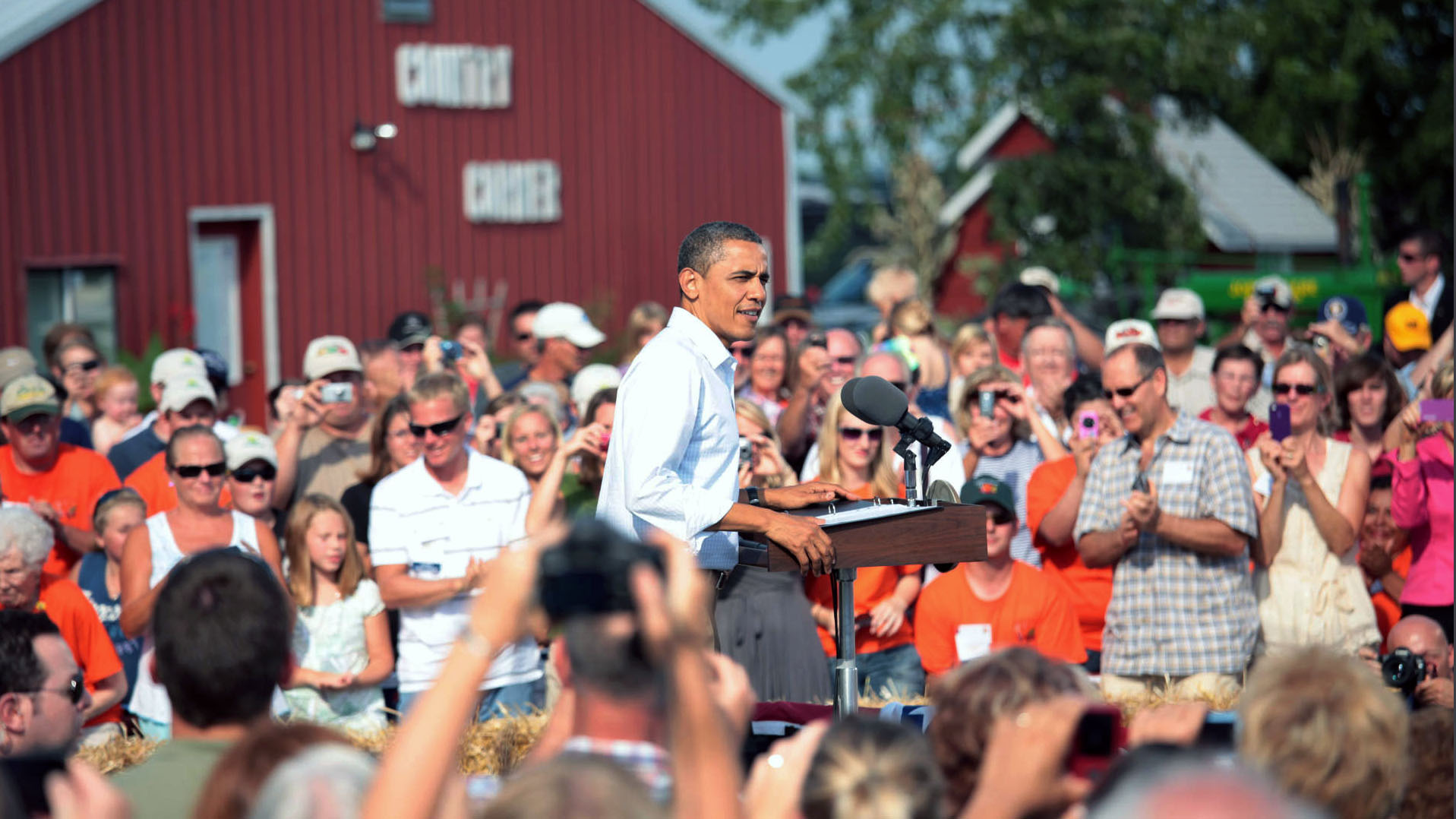 President Barack Obama delivers remarks at a town hall meeting at Country Corner Farm in Alpha, Ill., Aug. 17, 2011, his last stop on a three-day bus tour in the Midwest focusing on ways to grow the economy. (Official White House Photo by Samantha Appleton)

This week President Obama traveled to the Midwest where he met with Americans in rural towns and communities in Minnesota, Iowa and Illinois. The purpose of his trip, dubbed the Economic Rural Tour 2011, was to talk to people from different walks of life about what is happening in our country right now. The President was there to talk, but also to listen.

And in town halls, county fairs and an economic forum, Americans shared their hopes for the future and their concerns about the economy and what it means for their businesses and their families. On Wednesday, the President told a crowd of 250 people gathered for a town hall meeting on a farm in Alpha, Ill that he will soon be putting out new proposals designed to put people back to work right away. He said that some of the plans will cost money, and that we will pay for them by doing more on deficit reduction than is required by the Budget Control Act he signed earlier this month.

But throughout his trip, the President also proposed a series of common sense steps Congress can take immediately upon their return to Washington that will start rebuilding our economy. These include:

Over the coming weeks, the President will put forth additional proposals that will help businesses hire and give the middle class greater economic security. And it will remain his focus until every American who wants a job can find one.

As President Obama said this week, “there is nothing wrong with our country, there is something wrong with our politics…When this country is operating off a common ground, nobody can stop us.  But when we’re divided, then we end up having a whole lot of self-inflicted problems.”