August 26, 2011 at 6:28 PM ET by Ezra Mechaber
Twitter Facebook Email
Summary:
A quick look at what happened this week on WhiteHouse.gov. 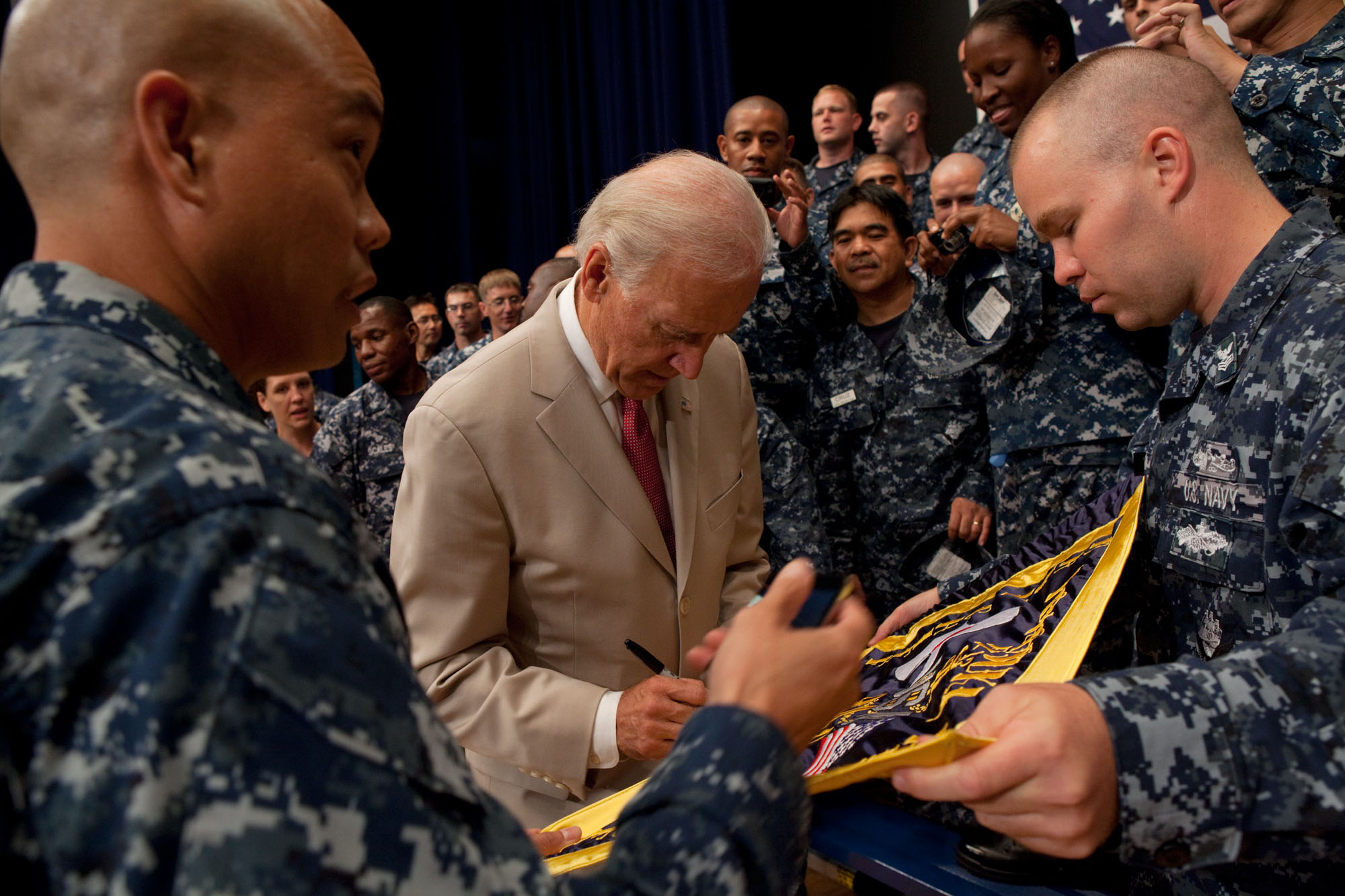 Vice President Joe Biden signs a flag for a group of sailors after speaking to troops at Yokota Air Base, Japan, Aug. 24, 2011. (Official White House Photo by David Lienemann)

A quick look at what happened this week on WhiteHouse.gov:

#VPinAsia: The Vice President spent the last week traveling through Asia and meeting with leaders in the region. He delivered a major speech in China, met with the Prime Minister of Mongolia, and paid tribute to the enduring spirit of the Japanese tsunami survivors.

Hurricane Irene: The President has urged Americans to take this storm seriously. With the hurricane poised to reach the east coast this weekend, it is important to take steps ensuring your preparedness. We've compiled a list of helpful resources in case you are in the projected path of the hurricane.

Libya:  Following a call with the National Security Council, President Obama spoke about the evolving situation in Libya. President Obama said, "The Qaddafi regime is coming to an end, and the future of Libya is in the hands of its people," making it clear that the courage of the Libyan people has brought freedom within reach.

Regulatory Reform: In January of this year, the President emphasized that our regulatory system “must measure, and seek to improve, the actual results of regulatory requirements.” With this point in mind, he ordered an unprecedentedly ambitious government-wide review of existing federal regulations. He directed agencies and departments to produce plans to eliminate red tape and to streamline current requirements. The agencies have released their final regulatory reform plans, including hundreds of initiatives that will reduce costs, simplify the system, and eliminate redundancy and inconsistency.

MLK Memorial: Though Hurricane Irene has postponed the official opening ceremony, Maya Angelou has released her poem, written to commemorate the true historic nature of this memorial.