Observing the Tenth Anniversary of September 11

This weekend, President Obama, First Lady Michelle Obama, Vice President Biden and Dr. Jill Biden remembered those who were lost in the attacks on September 11, 2001. September 11th has been designated as a National Day of Service and Remembrance and the First Family started the weekend by joining Americans from across the country in participating in service projects to honor those whose lives were taken ten years ago.

Watch a glimpse of the Memorial with the Vice President and Dr. Biden here.

On Sunday, Vice President Biden and Dr. Biden observed the 10th anniversary of the attacks at the Pentagon, where 184 lives were lost.

President Obama and the First Lady started the day in New York City with President George W. Bush and former First Lady Laura Bush at the new September 11 Memorial. Later in the day, the President and First Lady visited Shanksville, Pennsylvania and the Pentagon to meet with family members and present wreaths at the memorial services. View the full slide show from the day of remembrance:

In the evening, President Obama and First Lady Michelle Obama attended "A Concert for Hope" at the Kennedy Center in Washington, DC with Vice President Biden and Dr. Biden. During the event, President Obama spoke about the strength of America in the decade since the horrible attacks of September 11, 2001:

Our character as a nation has not changed. Our faith -– in God and in each other –- that has not changed. Our belief in America, born of a timeless ideal that men and women should govern themselves; that all people are created equal, and deserve the same freedom to determine their own destiny –- that belief, through tests and trials, has only been strengthened.

These past 10 years have shown that America does not give in to fear. The rescue workers who rushed to the scene, the firefighters who charged up the stairs, the passengers who stormed the cockpit -- these patriots defined the very nature of courage. 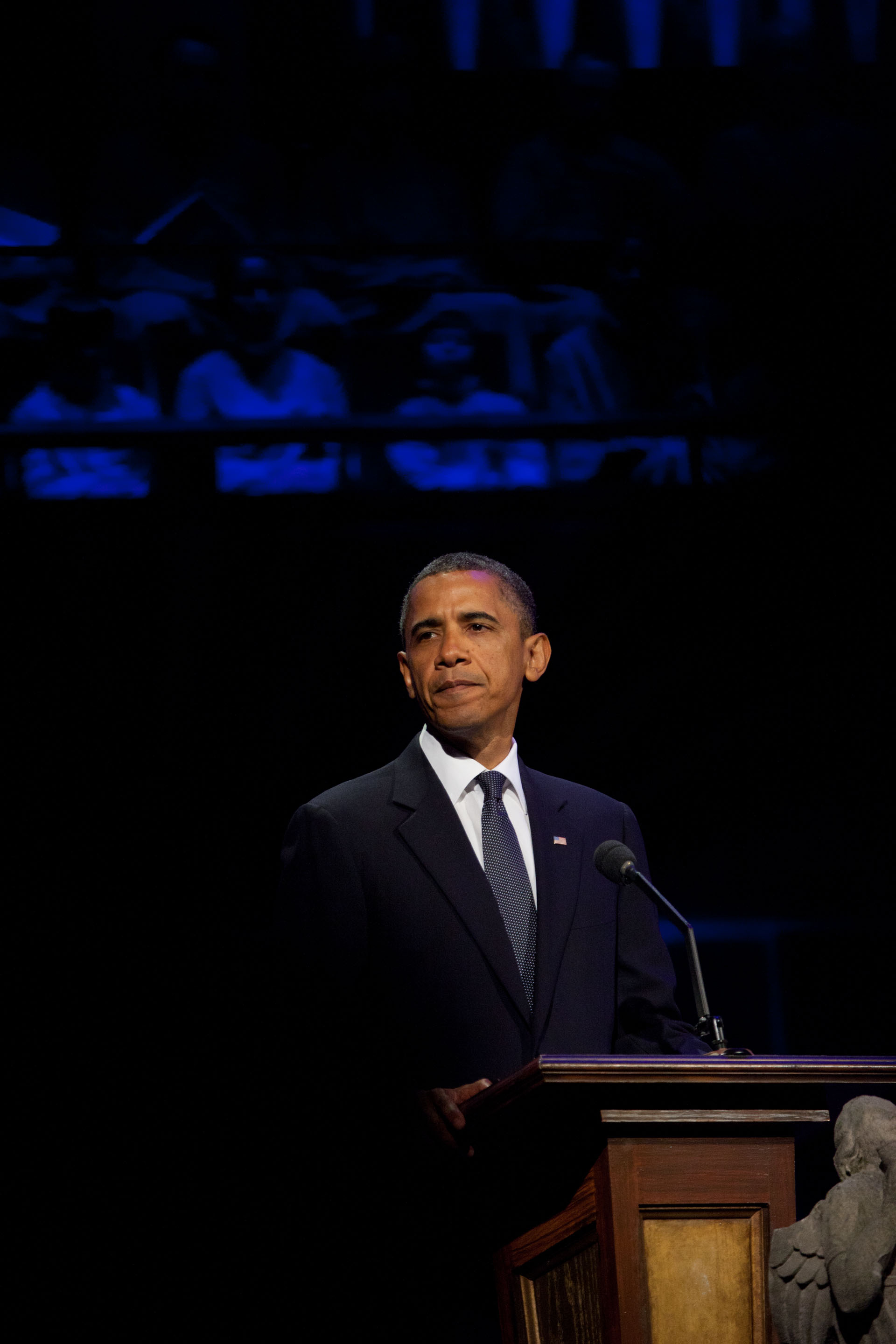 President Barack Obama delivers remarks during the Concert for Hope to commemorate the tenth anniversary of the 9/11 attacks against the United States, at the Kennedy Center in Washington, D.C., Sunday, Sept. 11, 2011. (Official White House Photo by Samantha Appleton)

Cabinet Secretaries also shared their reflections on the 10th Anniversary of the September 11th attacks.  Take a look at their videos: