September 13, 2011 at 12:18 PM ET by Secretary Tom Vilsack
Twitter Facebook Email
Summary:
Secretary of Agriculture Tom Vilsack lays out how the American Jobs Act will help small businesses put people back to work and get the economy moving.

On Saturday, I visited the Port of Miami to see firsthand the success story of American agriculture and the jobs it is creating. Despite historic natural disasters, our agriculture business is booming.

Last year, almost $920 million in agricultural goods moved through the port, nearly double the amount from 2006. And this year it’s on pace to exceed that total by 8.5 percent. Those exports alone are helping support nearly 8,400 American jobs.

At the same time, the port is beginning work on a major tunnel and a deep-dredge project that will provide jobs for construction workers to keep it among the busiest in the nation. These are steps - much like those proposed by President Obama in the American Jobs Act – that are already underway to grow the economy and create jobs. 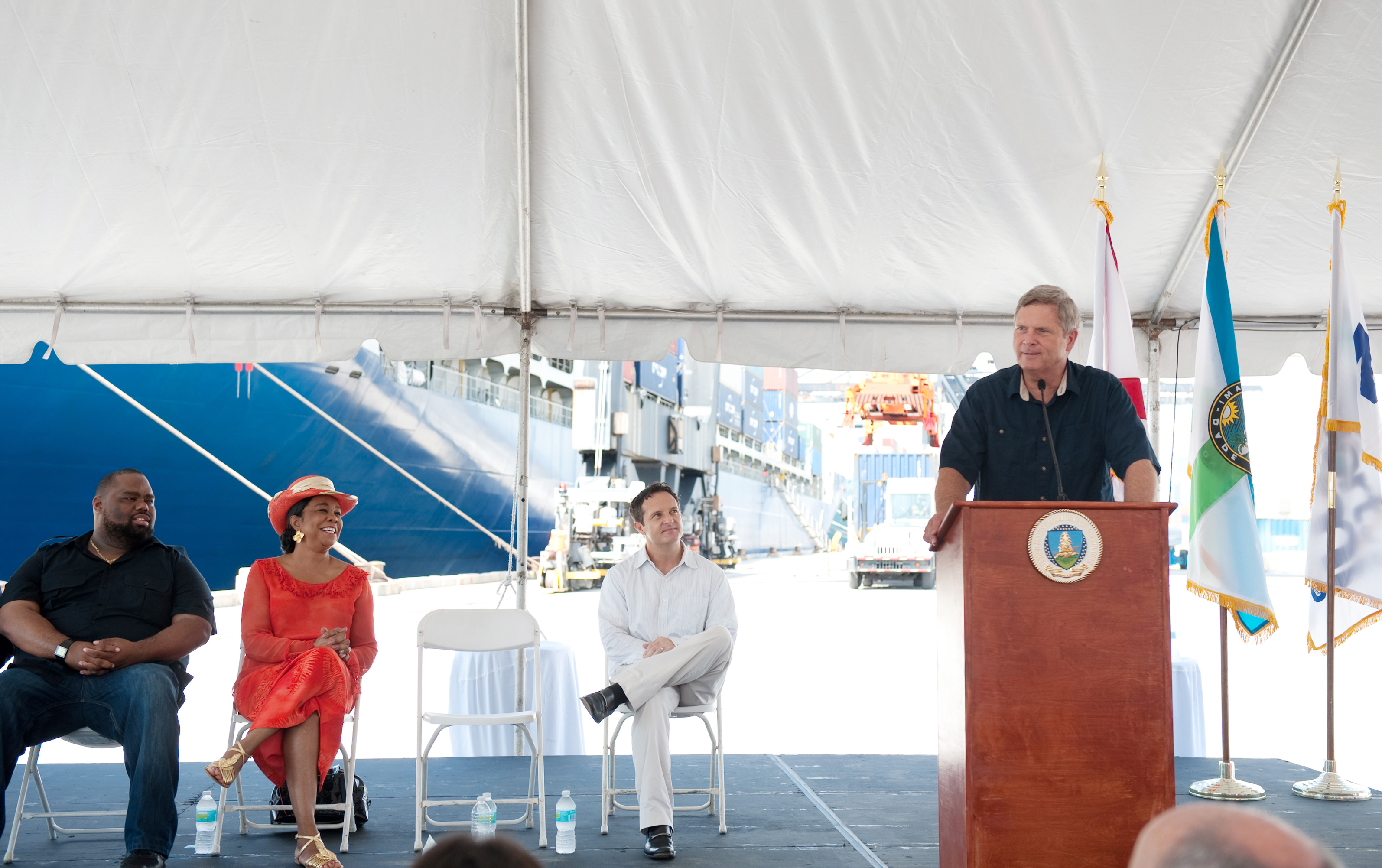 Agriculture Secretary Tom Vilsack speaks at the Port of Miami on Saturday, September 10, 2011 after meeting with leaders from agriculture and business industries. (Photo by Ryan Holloway in Miami-Dade County)

We need these types of projects across the country. We’ve got roads, bridges, rail lines and tunnels that need rebuilding and there are private companies with the equipment and know-how to do it. More than one million unemployed construction workers are ready to go to work now if both parties in Washington come together to make it happen.

Another idea in the President’s plan calls for extending the payroll tax cut for working families, putting an extra $1,500 in their pockets. This is one of the best ways to increase consumer demand — creating more work for businesses and more jobs for workers.

The President’s plan will help small businesses put people back to work by offering tax credits for each new job created. And we can give help for state and local governments to keep teachers, firefighters and other first responders on the job preparing our children for a better future and keeping our families safe.

We need to build an economy that creates jobs for the future. We need an economy that makes, innovates, and exports. Florida’s farmers do just that when they ship their products through the Port of Miami.

The American Jobs Act gives us the opportunity to embrace those principles and create jobs now. We need elected leaders in Washington to come together to hammer out a solution that benefits everyone. When they do, we’ll support job growth and build a stronger future for all Americans.

Tom Vilsack is Secretary of Agriculture.

Find out more about the American Jobs Act.