President Obama: "Tax Relief for Every Worker and Every Small Business" 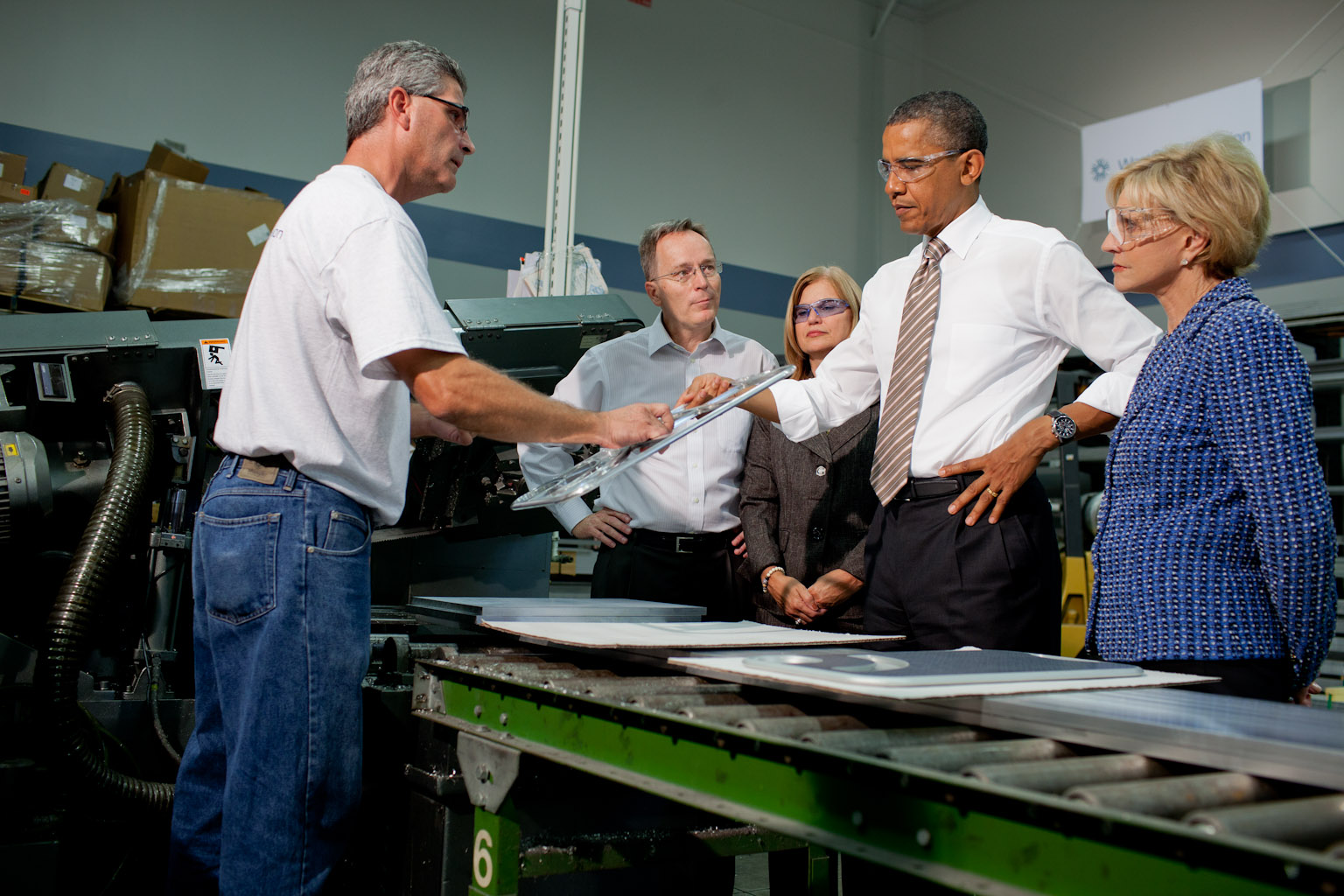 President Barack Obama is shown a piece of cut aluminum during a tour of WestStar Precision, a small business that will benefit from the proposed American Jobs Act, in Apex, N.C., Sept. 14, 2011. With President Obama are, from left, employee Barry Blackman, co-owners, Ervin and Susan Portman, and North Carolina Gov. Bev Perdue. (Official White House Photo by Chuck Kennedy)

While in North Carolina today, President Obama met with Erv Portman, the owner of WestStar Precision, a company that creates parts for airplanes and one of the 170,000 small businesses in North Carolina alone that would benefit from the American Jobs Act. The jobs bill that President Obama sent to Congress this week will help companies like Erv's by cutting taxes when they hire new employees and raise the salaries of their current employees and by cutting their payroll taxes in half. The President also announced a new policy that will accelerate payments to small business government contractors so they can reinvest that money in the economy and drive job growth.

After talking with employees at WestStar Precision, President Obama headed over to North Carolina State University where he was greeted by over 9,000 people who are ready to get the economy moving again, including many students. Here's what the President said:

I came to talk about how America can get back to a place where we’re creating good middle-class jobs again -– jobs that pay well; jobs that offer some security; jobs that are available for all the young people who are going to be graduating from N.C. State.  Because I know that’s what the students are thinking about.  And we can do that if we can finally get Washington to act -– if we can get folks to stop worrying so much about their jobs and start worrying a little more about your jobs. 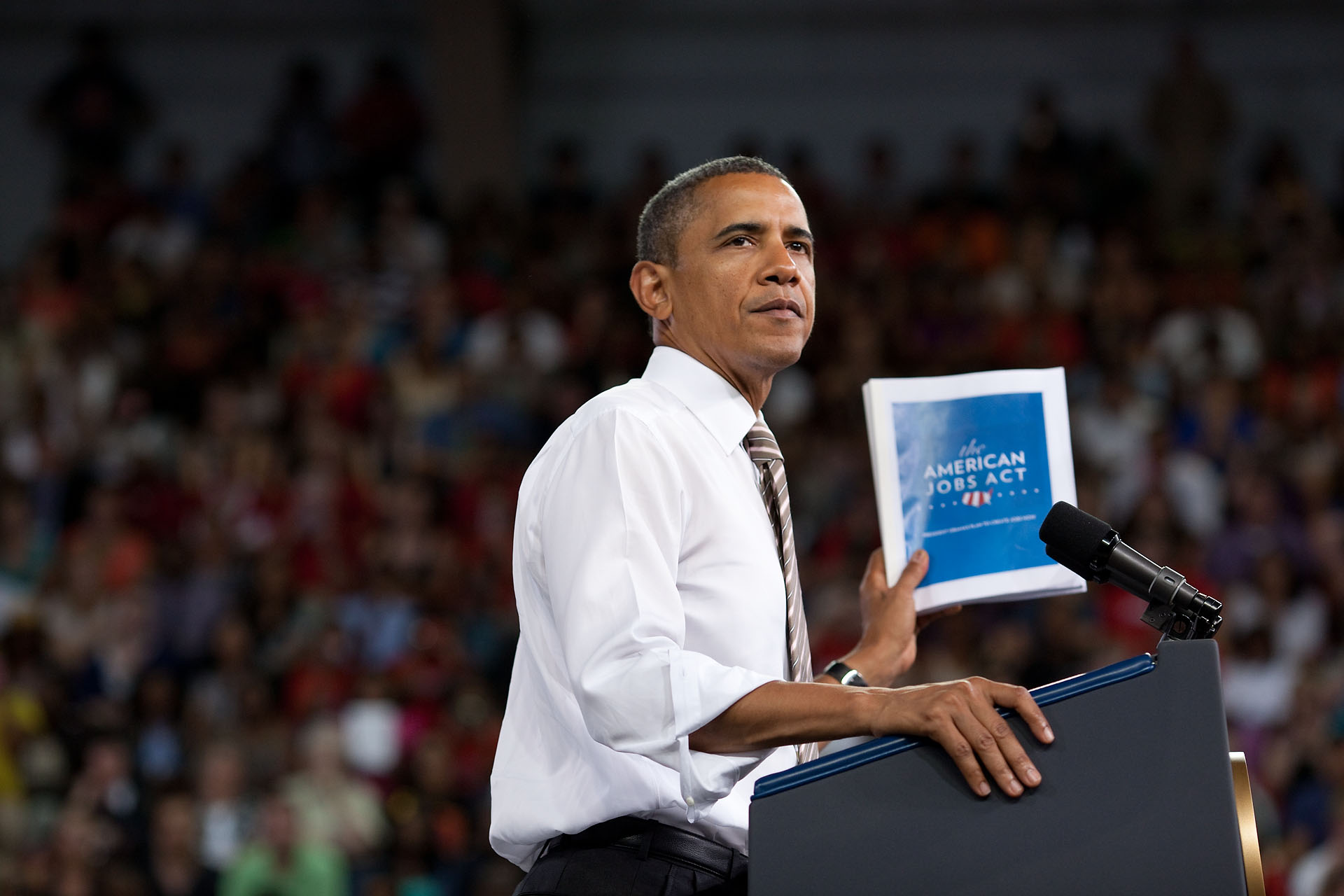 The American Jobs Act is a plan that gets the economy growing faster by putting more people back to work and putting more money in the pockets of working Americans. That's why President Obama is urging Congress to move forward to pass the bill:

As I pointed out last Thursday, there are folks in Congress who have been fighting pretty hard to keep tax breaks for the wealthiest Americans.  You need to tell them they need to fight just as hard to help middle-class families.  Tell them to pass this jobs bill.

So that’s the American Jobs Act.  It will lead to new jobs for young people, for construction workers, for teachers, for veterans, for the unemployed.  It will provide tax relief for every worker and every small business in America.  It will not add to the deficit.  It will be paid for.

The President also repeated what he said yesterday in Columbus, Ohio; he can't get this bill passed on his own:

I am asking all of you -– not just here at N.C. State, not just you who are in Raleigh, but anyone watching, anyone listening, anybody following online –- I need you to lift your voice.  Make it heard.  You can call, you can email, you can tweet, you can fax.  You can Facebook, you can visit, you can write a letter -- when was the last time you did that? Tell your congressperson that the time for partisanship and politics is over.  It’s not -- now is not the time for it.  The time for gridlock and games is over.  The time for action is now.