September 23, 2011 at 4:49 PM ET by Avra Siegel
Twitter Facebook Email
Summary:
Check out the week in review from the Council on Women and Girls.

President Obama has been traveling the country and talking about his plan to create jobs and strengthen our economy. On Thursday, the President spoke in front of the Brent Spence Bridge in Cincinnati, Ohio about the urgent need to fix America's infrastructure. The American Jobs Act includes a $50 billion investment in much needed infrastructure enhancements which will put people to work rebuilding America.

On Wednesday morning, President Obama addressed the General Assembly of the United Nations. During his speech, in which he spoke about challenges that stand in the way of lasting world peace and the imperative to overcome those challenges, the President spoke about the absolute need to help foster the economic and political participation of women and girls in all countries around the world. He simply stated, “No country can realize its potential if half its population cannot reach theirs.” The President also challenged world leaders to include women and girls at every level of society. “Next year,” he said, “we should each announce the steps we are taking to break down economic and political barriers that stop women and girls from reaching their full potential.” Valerie Jarrett shared a blog on the president’s speech and commitment to women and girls. A fact sheet on the President's commitment to women and girls can be found here. 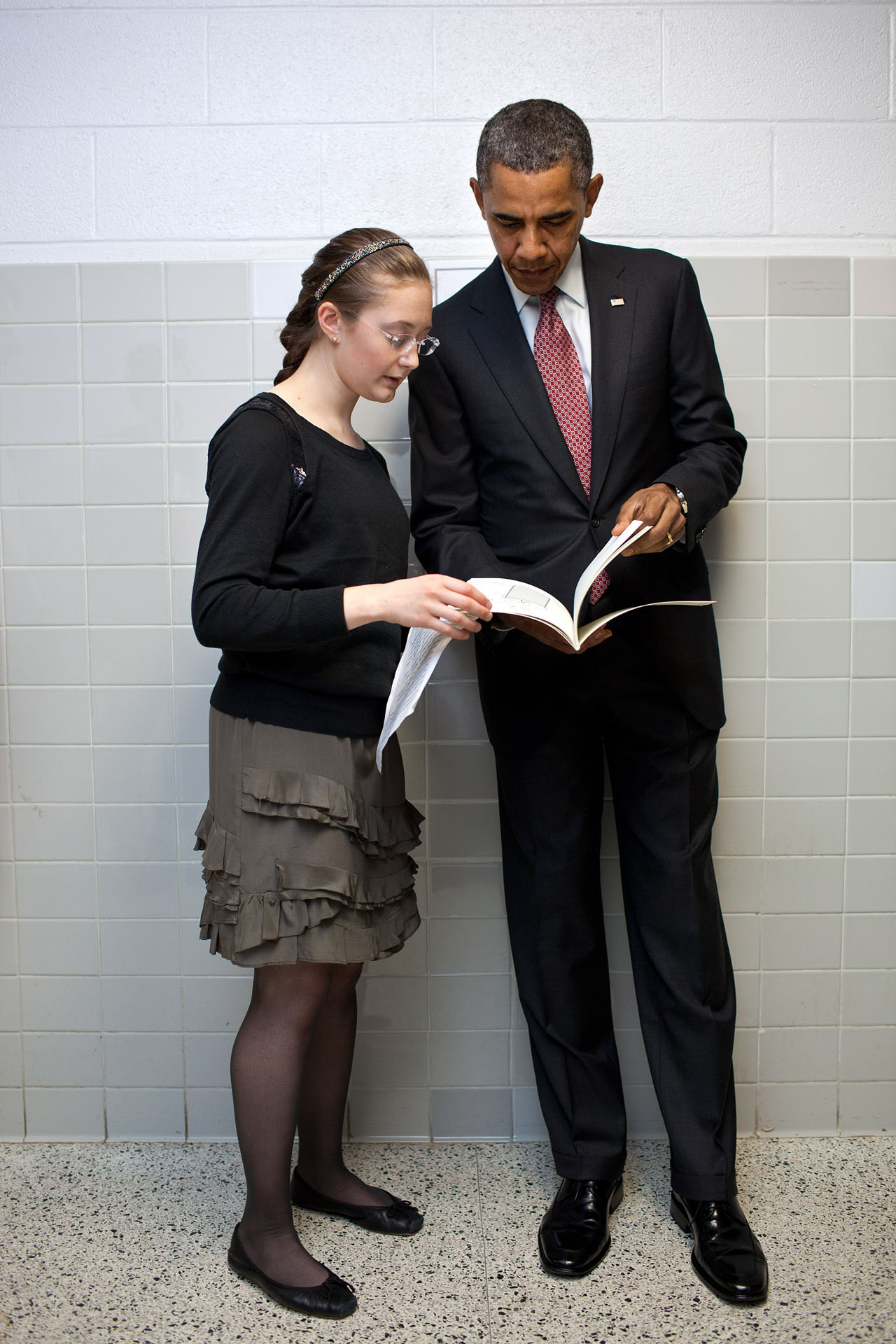 President Barack Obama talks with student Rebecca Hyndman before visiting classrooms at Thomas Jefferson High School for Science and Technology in Alexandria, Va., Sept. 16, 2011. Hyndman, a Senior at Thomas Jefferson, showed the President the patent she received in 2010 for her invention, Under-Floor Storage. (Official White House Photo by Pete Souza)

This past week, we were excited to host four conference calls specifically focused on women, employment and the American Jobs Act with senior members of the Administration. We hosted calls focused on African-American Women, Women-Veterans, Women and Non-Traditional Jobs, and Latina Women. We look forward to holding additional calls in the future, and engaging with you more in the future. Please visit our website for state by state and community specificinformation on the American Jobs Act.

WeMust Stand Up for the Rights of Gays and Lesbians Everywhere

Petition the White House with We the People

Calling on a Generation to Reimagine the Future, One Student at a Time

One Million More Young Adults Have Coverage Thanks to Health Law

The American Jobs Act and Nonprofits

Teaching the Leaders of Tomorrow