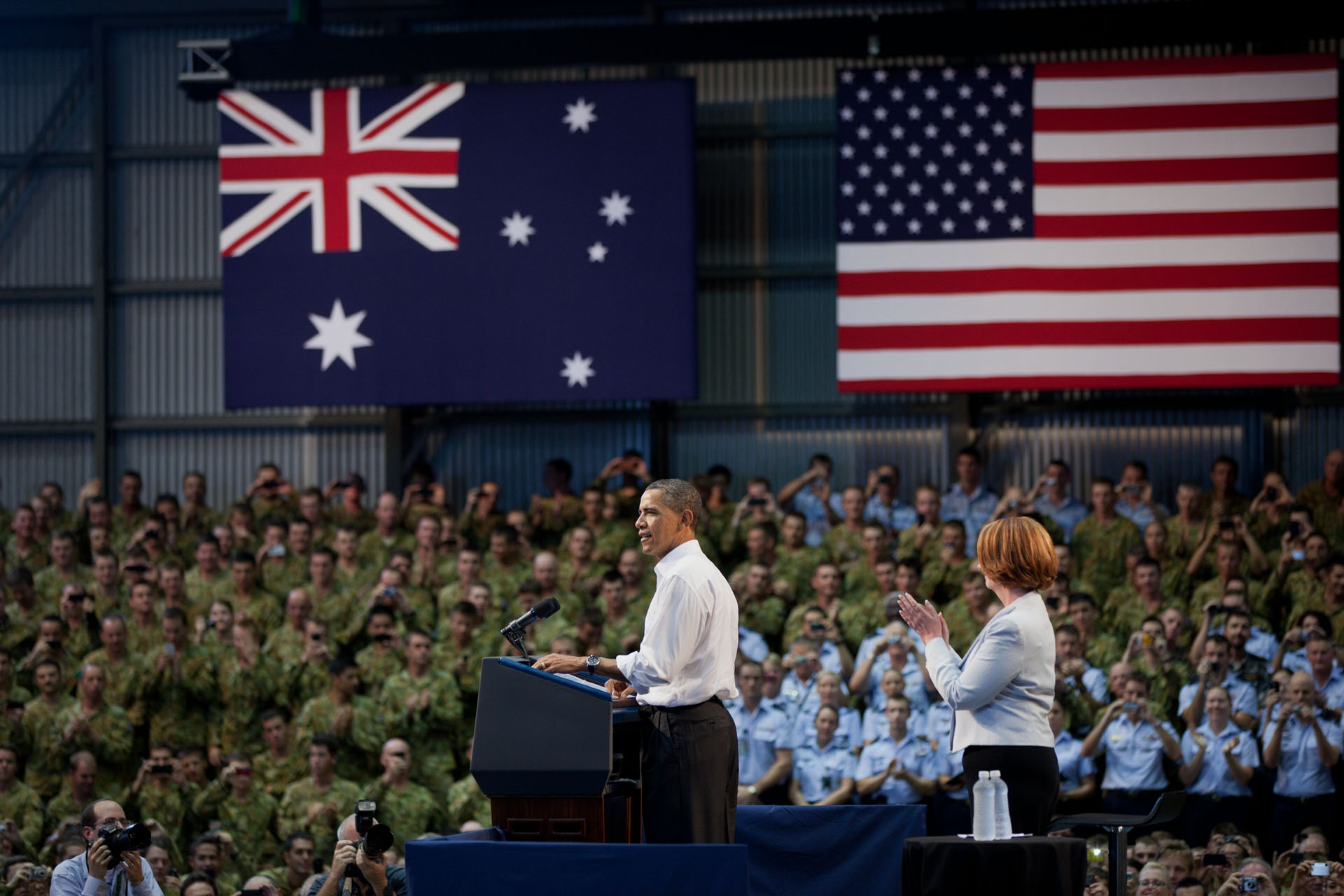 President Barack Obama delivers remarks honoring 60 years of the U.S. and Australian Alliance to a crowd of some 2000 soldiers and guests at the Royal Army Air Force Base in Darwin, Australia, Nov.17, 2011. (Official White House Photo by Pete Souza)

The President in the Pacific: President Obama embarked on a nine day Asia Pacific tour  focused on strengthening economic ties and renewing strategic relationships in the region. From November 11th  through November 19th, the President visited Hawaii, Australia, and Indonesia. While on the road, he spoke at the Asia-Pacific Economic Cooperation,  met with Australian Prime Minister, addressed Australian Parliament, spoke with Australian troops and U.S. Marines, and attended the East Asia Summit.

Cleaner Air: The Obama Administration announced a joint proposal to save American families money at the pump, reduce our country’s dependence on oil, and boost domestic manufacturing. The Environmental Protection Agency (EPA) and the Department of Transportation (DOT) announced the next steps toward setting stronger fuel economy and greenhouse gas pollution standards for model year 2017-2025 passenger cars and light-duty trucks.

Cancer Awareness: President Obama congratulated those who participated in American Cancer Society’s 36th annual  Great American Smokeout, a challenge to smokers to kick their tobacco habit.  An estimated 443,000 people in the United States die each year due to cigarettes and tobacco use is still considered one of the leading causes of death in the U.S.  President Obama--a former smoker himself--and his Administration continue to make progress in reducing the number of Americans who smoke.

Carrier Classic: Over Veterans Day weekend, President Obama and the First Lady attended the first-ever Carrier Classic aboard the USS Carl Vinson  where they watched University of North Carolina men’s basketball team defeat Michigan State. The game had more than 8,000 people in the stands – most of whom were servicemembers.