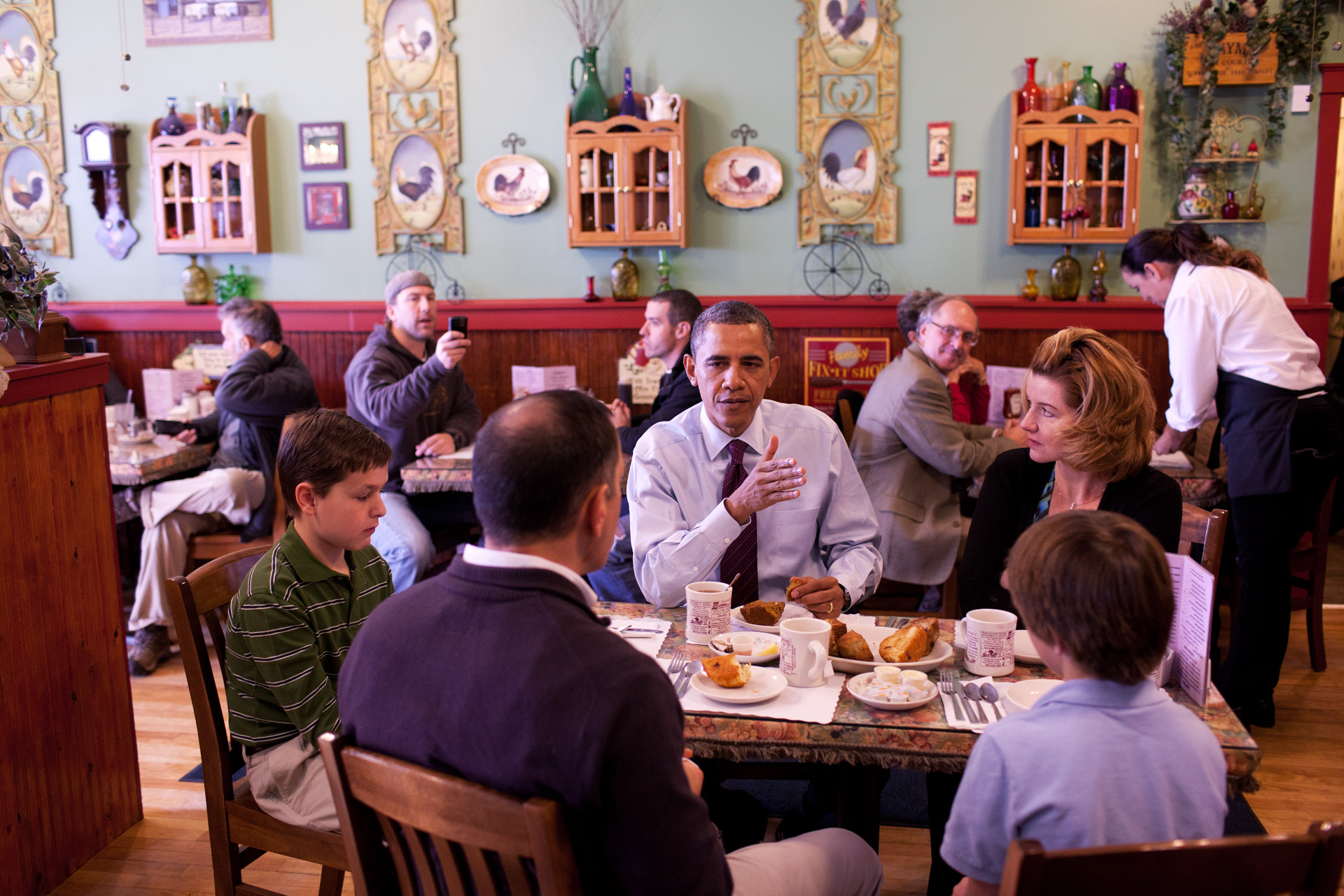 President Barack Obama makes a local stop at Julien's Corner Kichen in Manchester, New Hampshire, Nov. 22, 2011, to sit-down with the Corkery family to discuss the importance of extending and expanding the payroll tax cut. Chris Corkery is a retired colonel, having served 26 years in the United States Army. Chris has been a math teacher at Manchester Central High School for the past 12 years. His wife, Kathy, a small business owner, and their two sons, Andrew and Nicholas attended. (Official White House Photo by Pete Souza)

Right now, President Obama is going all out to extend the payroll tax cut for the middle class -- and expand it for 2012.

And that effort underscores an important fact: This President has proposed and enacted thousands of dollars of tax relief for American families and small businesses.

In his first year in office, President Obama cut taxes for 95 percent of working families through the Recovery Act with the Making Work Pay tax cut.

With that same piece of legislation, he created the American Opportunity Tax Credit -- which is currently helping more than 9 million families afford the cost of college.

The Recovery Act also lowered the threshold for refunds through the Child Tax Credit -- providing a tax cut to 11.8 million working families.

The President also expanded the Earned Income Tax Credit for families with three or more children -- giving them a tax cut of up to $640 this year.

President Obama has passed tax cuts for small businesses 17 times. These measures range from allowing corporation to expense 100 percent of their new investments until the end of 2011 to creating a new deduction for health care costs for the self-employed.

And just this week, the President also signed legislation to create tax credits for businesses that hire veterans.

If Congress passes the American Jobs Act, a typical family of four would see their taxes decrease an additional $2,325 -- bringing their total tax relief to about $5,425 for the President’s first term.

That number goes up if the family is helping their kids pay college tuition.

This lower tax rate hasn't come about through happenstance. It's a product of hard work from President Obama. Those of us in the middle class have more money in our pockets because the President made it a priority.

And it's going to take more hard work between now and the end of the year to keep things that way.