President Obama this week urged Congress to extend and expand the payroll tax cut, telling reporters in the White House briefing room that "it's the right thing to do,"  -- not just for the economy, but for American workers and their families. These tax cuts will also have a tremendous impact on America's small businesses, 91.5 percent of which have fewer than 5 employees. The White House Business Council spoke to the owner of one such business in Tallahassee, Florida who says the President's plan will help his business grow, not only through the capital it frees up but because passing it will increase consumer confidence.

Growing up, Fred Sanguiliano was surrounded and strongly influenced by his family of Italian carpenters. He learned and loved their trade, working with them until he went to college. Upon graduating college, Sanguiliano was commissioned as officer in the U.S. Navy and served as the First Lieutenant on a Guided Missile Destroyer in the Pacific Fleet.  After leaving the Navy, Sanguiliano embarked on a career in the nonprofit sector, spending the next 23 years working in community-based non-profit agencies. But in 2003, after spending seven years as the chief executive officer of a statewide commission focused on increasing volunteer and community service opportunities in the state of Florida, Sanguiliano decided to leave his job, return to his roots, and start his own construction company in Tallahassee with his wife, Nancy.

Sanguiliano's company, KeyStone Design, is a small business focused on outdoor living areas, crafting quality stonework for patios, pool decks, walkways, and driveways. Honoring the long line of craftsmen in his family, Sanguiliano has dedicated KeyStone Design to providing customers with the highest levels of craftsmanship. Every KeyStone employee is required to earn a series of certifications and to continue learning their trade as they progress through the company. In return, Sanguiliano makes sure that they earn a living-wage and have a full range of benefits.

KeyStone’s dedication to quality has translated into passionate customer-loyalty. Sanguiliano spends almost no money on advertising, relying instead on word-of-mouth reviews to attract new customers and keep his business growing. And his company is growing. KeyStone Design plans to hire at least two new employees within the next year.

According to Sanguiliano, the President's proposed payroll tax cut and the American Jobs Act as a whole will help KeyStone Design grow, not only because of the direct resources it will provide the company, but because of the impact it will have on consumer confidence. "The payroll tax cut will give our small business an immediate boost. In addition, we believe that the Jobs Act will help build consumer confidence which is essential for our success. Helping small business like ours is a giant step toward rebuilding our nation’s economy. We believe the American Jobs Act will do just that. In addition, the legislation that President Obama signed into law which creates tax breaks for companies like ours that hire jobless veterans will allow us to hire veterans as we expand.” 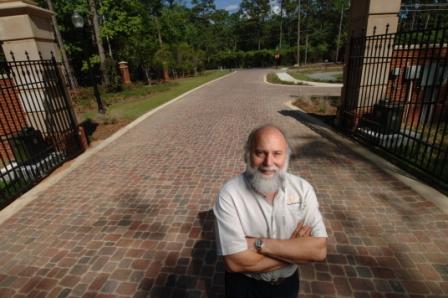