President Obama Meets with the Council on Jobs and Competitiveness

January 17, 2012 at 4:07 PM ET by Megan Slack
Twitter Facebook Email
Summary:
The Obama Administration is already moving forward on a number of recommendations from the Council on Jobs and Competitiveness that will help grow our economy and create jobs. 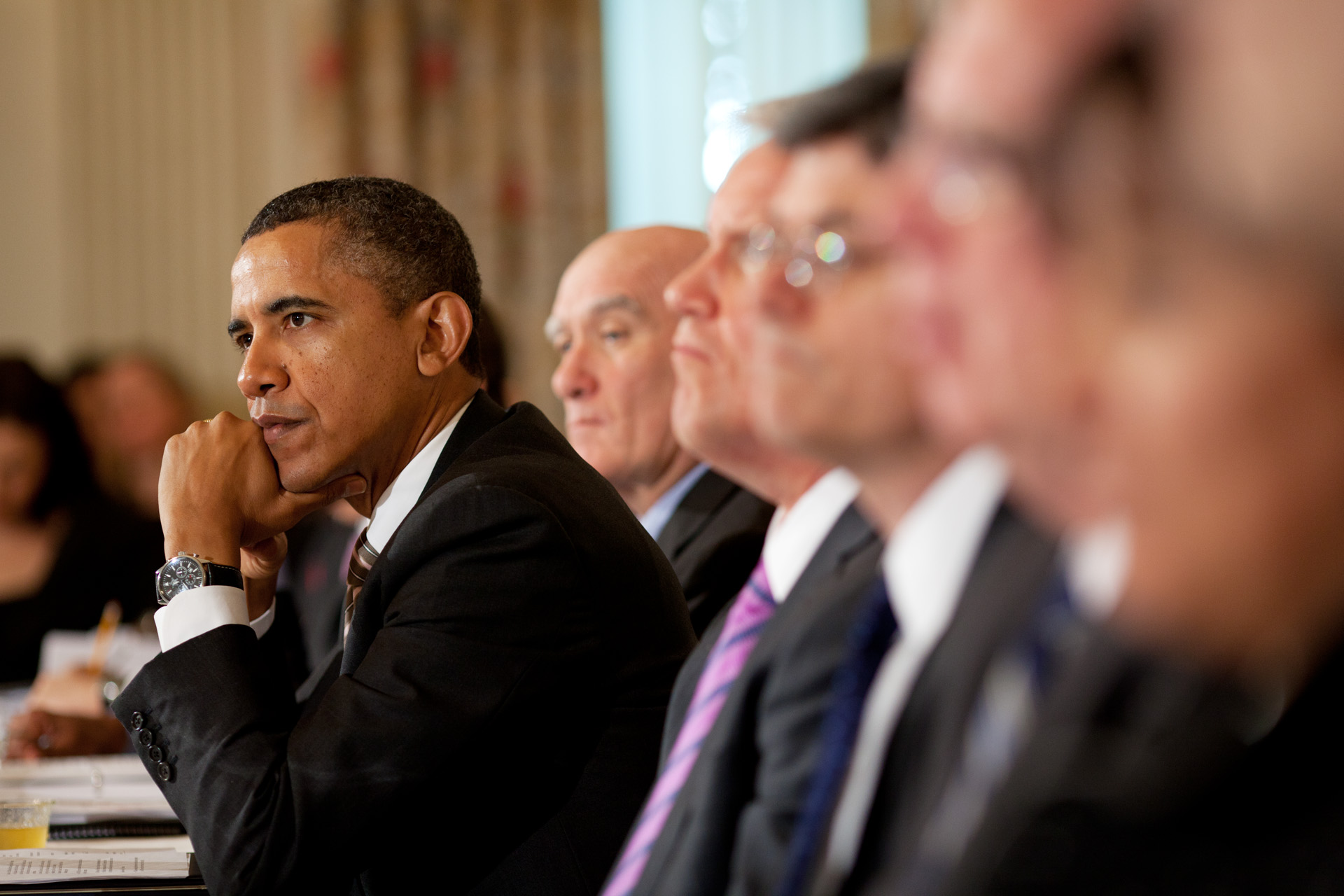 President Barack Obama meets with the Council on Jobs and Competitiveness in the State Dining Room of the White House, Jan. 17, 2012. The council made suggestions for reform of the corporate tax system, expanding and expediting the domestic production of fossil fuels, and new regulatory reforms for business. January 17, 2012. (Official White House Photo)

Today, President Obama convened a meeting of the Council on Jobs and Competitiveness, a group of 27 leaders from business, labor and academia tasked with providing the President advice on strengthening our nation’s economy.

Since its first meeting about a year ago, the Council has put forward a host of recommendations that foster growth, competitiveness, innovation, and job creation, both now and for the future. Of the 35 specific recommendations the Council has made that don’t require legislative action, President Obama has taken action on 33 of them and his Administration has already implemented 16.

Some of the implemented recommendations include proposing new tax rules that encourage businesses to invest and create jobs in the United States instead of overseas, expediting job-creating infrastructure projects across the country, eliminating inefficient and burdensome federal regulations, and streamlining government.

At today’s meeting, President Obama praised the Jobs Council for the work they are doing to help our country move forward.

I recognize a lot of these issues are difficult. They’ve proven challenging for decades. The good news is on each of these fronts we’ve made progress this year. I feel confident in being able to say that every one of the agencies in this government has been focused on how do they improve, get smarter, get better, get faster, become more focused on delivering good value to the end user. And I believe that we’ve made genuine progress on all these fronts. We would not have made this progress without this Jobs Council.

The Jobs Council released a new report in advance of today's meeting that details recommendations to improve our nation's long-term competitiveness by investing in our education system, building on our strengths in manufacturing and energy, and reforming our regulatory and corporate tax systems. Read the full report here.