Everything You Need to Know About the President's Blueprint for Manufacturing

January 25, 2012 at 4:50 PM ET by Matt Compton
Twitter Facebook Email
Summary:
Have questions about President Obama's Blueprint for Manufacturing? Here's everything you need to know. 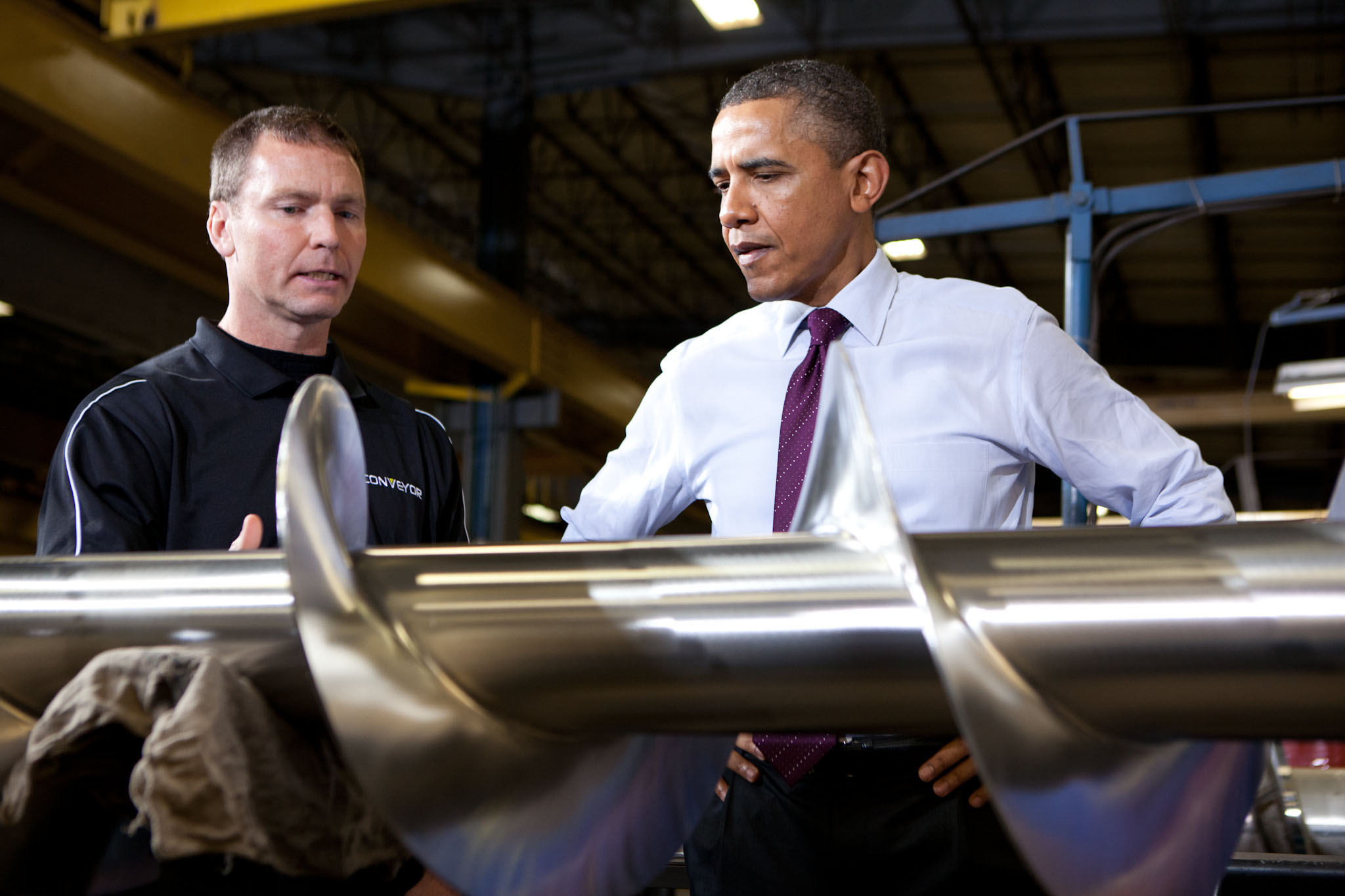 Since the end of 2009, business investment has grown by a rate of 18 percent, and exports have increased by 32 percent -- for a total of $2 trillion.

That's good news for American manufacturing, which has added 334,000 jobs in the past two years.

Last night, in the State of the Union, President Obama said that his Blueprint for an America that lasts begins with manufacturing. He talked about the revival of the American auto industry and said that what is happening in Detroit can happen in Cleveland, Pittsburgh, or Raleigh.

To achieve that vision, the President focused on three key themes.

President Obama told Congress that the U.S. needs to push for comprehensive corporate tax reform. “It is time to stop rewarding businesses that ship jobs overseas,” he said. “And start rewarding companies that create jobs right here in America.” 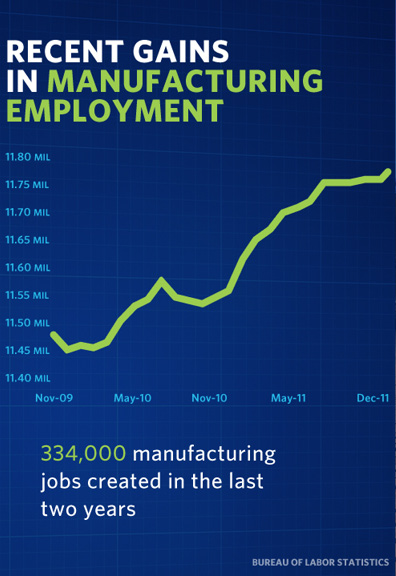 Right now, a company that packs up its factories and relocates production to another country can write off that expense from its taxes. The President said that practice should end. He also pushed for an international minimum tax, and he said we should lower rates for companies that create jobs in America.

In Cedar Rapids today, the President offered more details about his plan to reform taxes. The package he’s presenting is fully paid for—the tax credits he’s proposing would be offset by closing loopholes on companies that encourage the shielding of profits overseas. And the objective isn’t to raise taxes on business. In fact, one of the overarching goals would be to simplify the tax code so businesses can focus on investing and creating jobs, instead of filling out tax forms.

Specifically, President Obama is proposing a 20 percent income tax credit for companies that bring jobs back to the United States. He's asking Congress to create a new credit to provide $2 billion per year in incentives for three years for businesses that invest in communities that affected by job loss. He's pushing to extend tax credits to drive nearly $20 billion of investment in domestic clean energy manufacturing and a provision that allows companies to expense the full cost of their investments in equipment. The President plans to pay for those proposals with the $23 billion the government would raise from closing the loophole that allows corporations to expense outsourcing.

A changing global economy means that there are customers the world over who are interested in buying new products. Those consumers represent a huge opportunity for American manufacturers and President Obama has made opening new markets to U.S. business a top priority. Just last year, he signed trade agreements with Panama, Colombia, and South Korea that are expected to support tens of thousands of jobs.

But President Obama has no intention of standing by while our foreign competitors refuse to play by the same rules as the United States. As of this week, the Commerce Department has 285 trade enforcement actions in place, covering over 120 products from 38 countries.

To ramp up those efforts, the President announced a plan to create a Trade Enforcement Unit that will investigate trading practices in countries that attempt to circumvent international law.

He also called on Congress to do more to help American companies access financing and explore new markets.

For too many companies the state of American infrastructure creates a competitive disadvantage. We need to rebuild roads and upgrade bridges. We need to retrofit our electrical grid and expand access to high-speed broadband.

And to pay for that construction, the President offered a commonsense proposal -- use the money we’ll save by ending the wars in Iraq and Afghanistan. Half the money would go to pay down the deficit, the rest to rebuilding America.

An America that lasts

Taken together, these ideas represent one part of President Obama’s blueprint for the future. To see more details from that plan, go here.

To look at the data and charts that helped to inform the thinking that went into the State of the Union, go here.