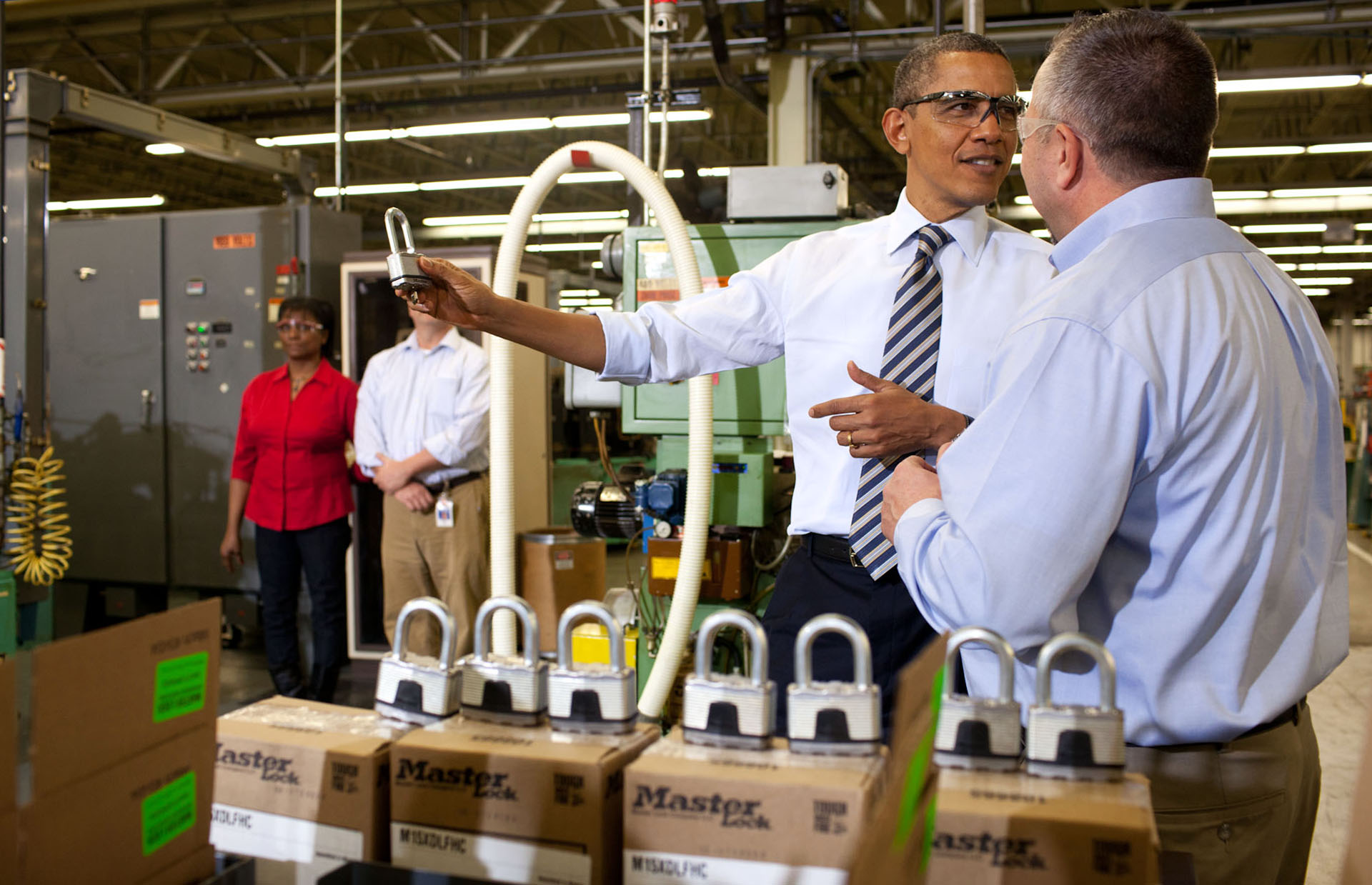 President Barack Obama tours Master Lock Company with Bob Rice, Senior Vice President for Global Supply Chain/Product Development of Master Lock, in Milwaukee, Wis., Feb. 15, 2012. The President highlighted Master Lock in his State of the Union address as an example of a company moving jobs back to the U.S. (Official White House Photo by Pete Souza)

In the State of the Union, President Obama took time to highlight Master Lock -- a company that has discovered that it can actually save money by keeping production facilities in the United States and bringing jobs back to America.

Today, he traveled to Wisconsin to visit with Master Lock workers and talk about his plans to boost American manufacturing.

Master Lock's decision to keep jobs in America is part of a growing trend. The President calls it insourcing.

And in Milwaukee, he talked about three ideas to reform corporate taxes, aimed at boosting that trend and rewarding companies that don't move overseas.

First, if you're a business that wants to outsource jobs, you have that right, but you shouldn't get a tax deduction for doing it. That money should be used to cover moving expenses for companies like Master Lock that decide to bring jobs home. Give them the tax break.

Second of all, no American company should be able to avoid paying its fair share of taxes by moving jobs and profits overseas. So we've said, from now on, every multinational company should have to pay a basic minimum tax. And every penny should go towards lowering taxes for companies that choose to stay and hire here in the United States of America. Give them a bigger tax break.

Third, if you’re an American manufacturer, you should get a bigger tax cut. If you’re a high-tech manufacturer, creating new products, new services, we should double the tax deduction you get for making products here in America. If you want to relocate in a community like this one that’s been hard hit when factories left town, you should get help financing a new plant, financing new equipment, training new workers.

Those proposals are just part of a Blueprint for an America Built to Last. Learn more.