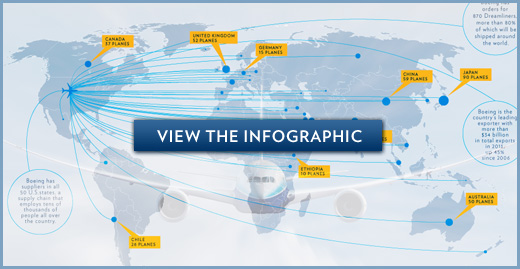 Boeing employs tens of thousands of Americans in its factories and facilities across the country, and the supply chain for its products reach into every state in the nation—supporting thousands of additional jobs. The company is also one of our top exporters, selling its commercial planes to 53 countries in the last five years.

The 787 Dreamliner, assembled in Everett, is the world’s most advanced commercial airplane. It's ligher, faster, and more fuel efficient than other planes. Nearly 8,000 people are directly employed in building the Dreamliner, and many more by the companies that supply its parts.  It was developed using cutting edge technology and advanced materials—innovations that will spill over into other industries.

And of the 870 orders already placed for the Dreamliner, about 80 percent of the planes constructed in the United States will be shipped to other countries. (View our infographic above to see which ones)

President Obama knows that manufacturers like Boeing and the products they export are vital to our economy. During his State of the Union Address, he outlined a Blueprint for an Economy Built to Last that starts with American manufacturing. In it, the President proposed efforts that will encourage more businesses to set up shop here in the United States, and create good jobs for American workers making products to be sold around the world.

Today’s announcement builds on those efforts by opening up markets for American goods, leveling the playing field for American companies selling their products overseas, and expanding support for businesses that want to export their goods. 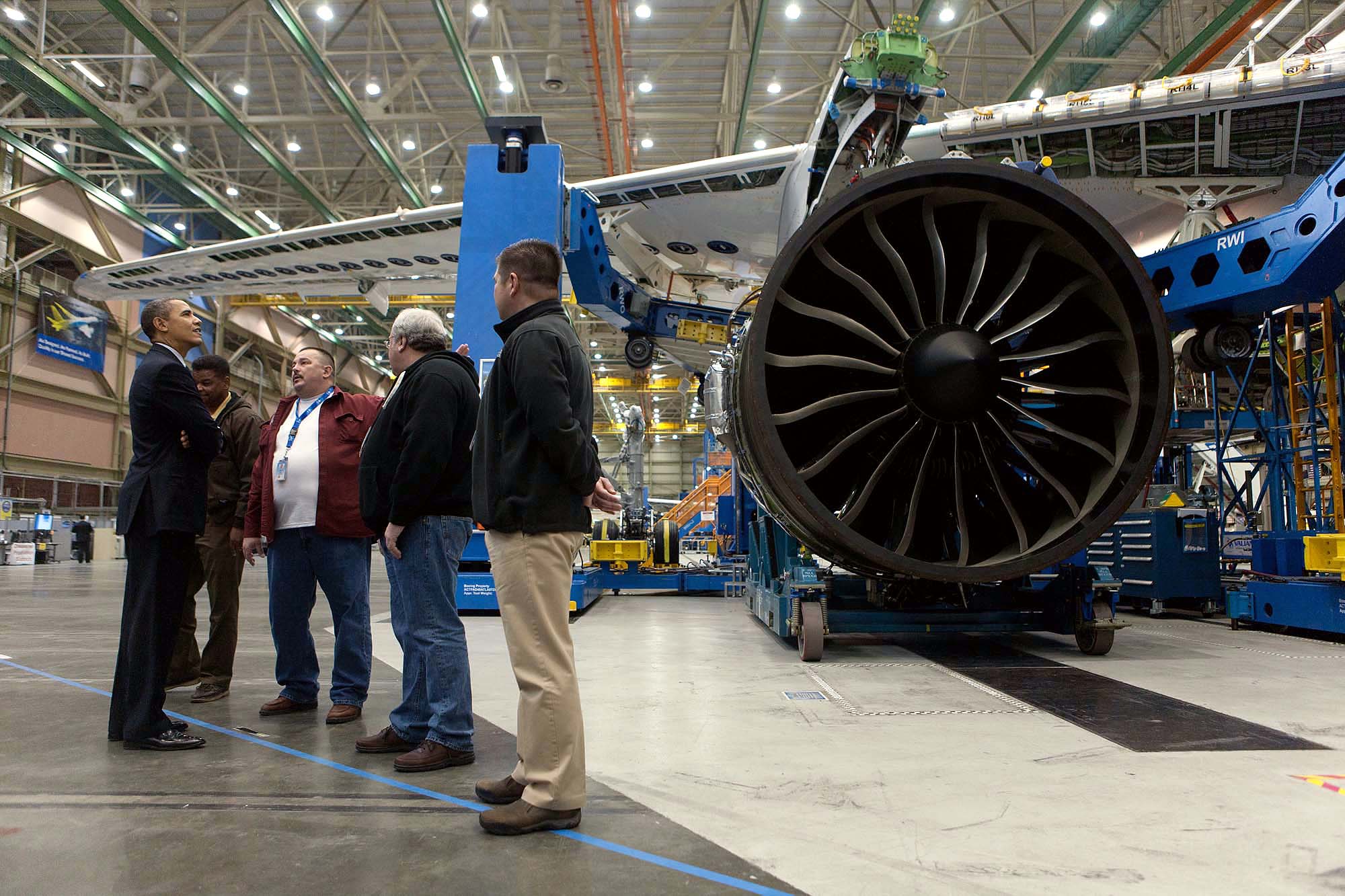