This morning, reporters and editors of sites that reach parents, students, and educators across the country attended the first ever White House Online Summit on Education.

Attendees at today's event began with a briefing and question and answer session with Secretary of Education Arne Duncan, who spoke about a range of topics, from early learning to higher education. Secretary Duncan echoed President Obama's message that higher education can’t be a luxury – it’s an economic imperative that every American family should be able to afford.

Following Secretary Duncan's session, Roberto Rodriguez, Special Assistant to the President for Education Policy, led a series of briefings with other senior officials. The attendees discussed early learning with Miriam Calderon, a Senior Advisor in the White House Domestic Policy Council, K-12 Education with Steve Robinson, a Special Assistant in the White House Domestic Policy Council, Science, Technology, Math, and Education (STEM) with Kumar Garg, a Senior Advisor in the Office of Science and Technology Policy, and College Affordability with Michael Dannenberg, a Senior Advisor at the Department of Education. 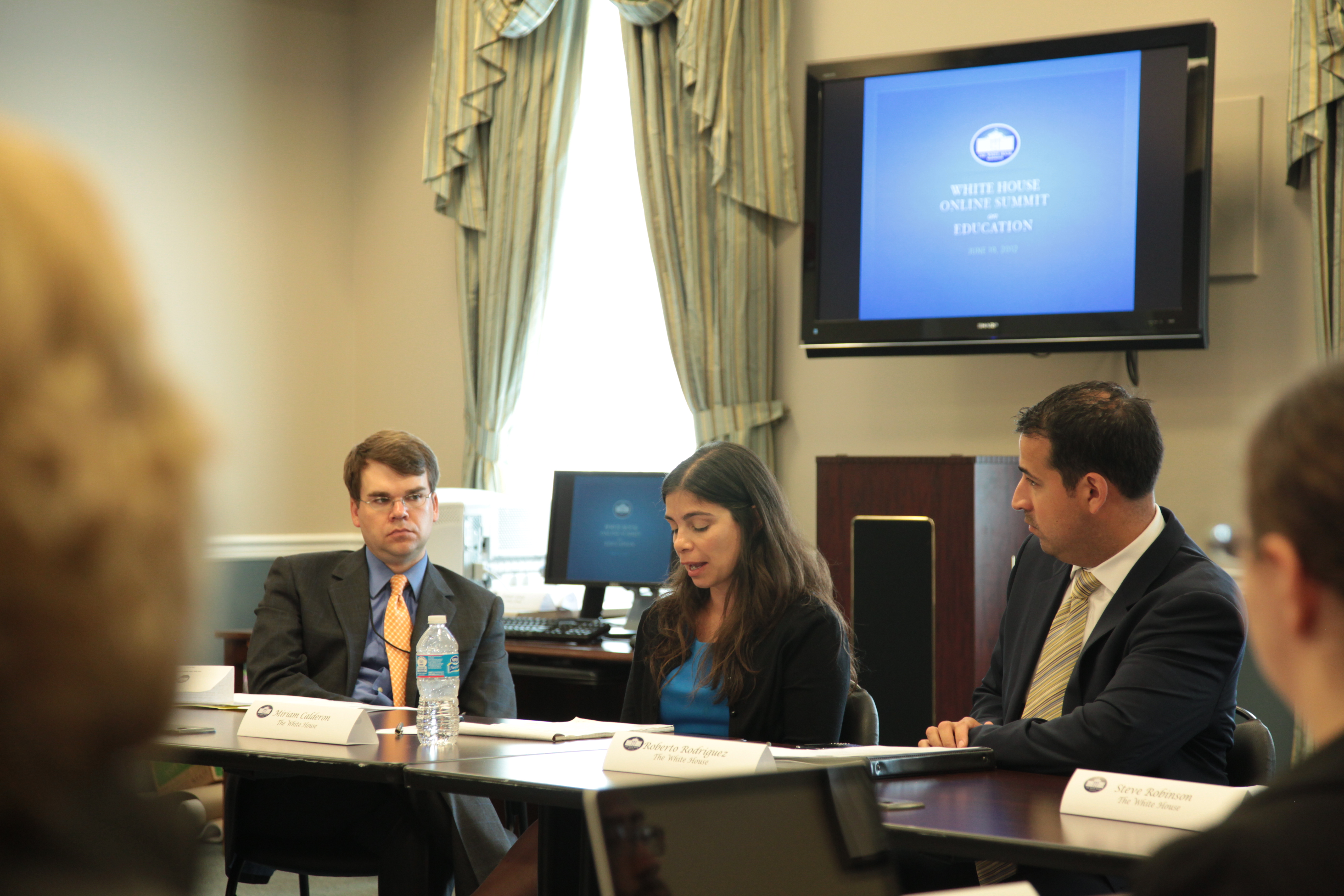 The summit was part of an ongoing series aimed to reach out to online communities. The White House hosted personal finance sites in April and also last year. Additional discussions have included African-American and Latino-focused online publishers, as well as editors of prominent women's sites.

Thanks to everyone who attended today’s event: