April 9, 2013 at 4:32 PM ET by Colleen Curtis
Twitter Facebook Email
Summary:
The First Lady invited Justin Timberlake, Sam Moore, Mavis Staples, Charlie Musselwhite and Ben Harper to join students for a conversation about a truly American art form, and the hard work involved in being a successful musician or artist.
Ed note: You can watch a livestream of "In Performance at the White House: Memphis Soul" on whitehouse.gov/live tonight at 6:55 pm ET. 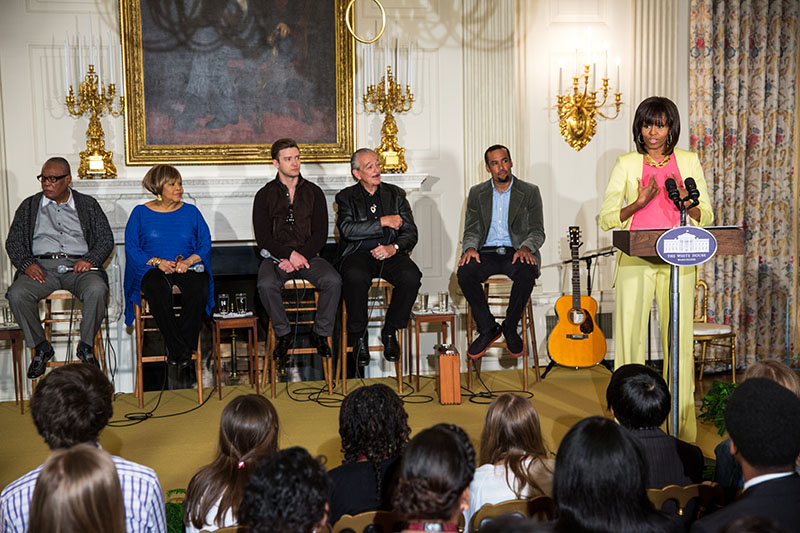 Mrs. Obama was talking to a group of students who had come from California, Tennessee, New York, Florida, Maryland, Virginia, and Washington, D.C to participate in an interactive workshop called “Soulsville, USA: The History of Memphis Soul.” And while her guests were excited to be in the State Dining Room for the event, the presence of Justin Timberlake on the panel increased their enthusiasm.

Timberlake, Sam Moore, Mavis Staples, Charlie Musselwhite and Ben Harper are all participating in the "In Performance at the White House: Memphis Soul" event later tonight, and the First Lady invited them to join the students for a conversation about this truly American art form, and the hard work involved in being a successful musician or artist.

Mrs. Obama talked about how she had learned to play the piano when she was younger, and her personal regret that she did not stay with it. But as she told the students, she took something from that experience that has helped her throughout her life. "I still remember the hours that it would take to learn just one section of a song," she said. "The discipline, the patience, the diligence I learned through the study of music -- those are all skills that I apply every single day in my life. I applied them as a student, as a lawyer, as a First Lady, and definitely as a mother. So every moment of every day, you have the chance to commit yourselves to your craft. And stick with it especially when those times -- it gets a little hard. Just stick with it."

The First Lady then encouraged the students to take full advantage of being at the White House, and to learn everything they could ask from the musicians on the panel:

You’re going to have a chance to hear some stories and songs from these folks up here on stage who have so graciously given their time.

But, look, as you listen, I want you all to keep one thing in mind -- and I try to say this to every young person that I encounter that walks through those doors -- but realize that none of these folks up here arrived here on the basis of talent alone. They’re here because they’ve been working hard to perfect their craft since they were at least your age and many of them even younger. 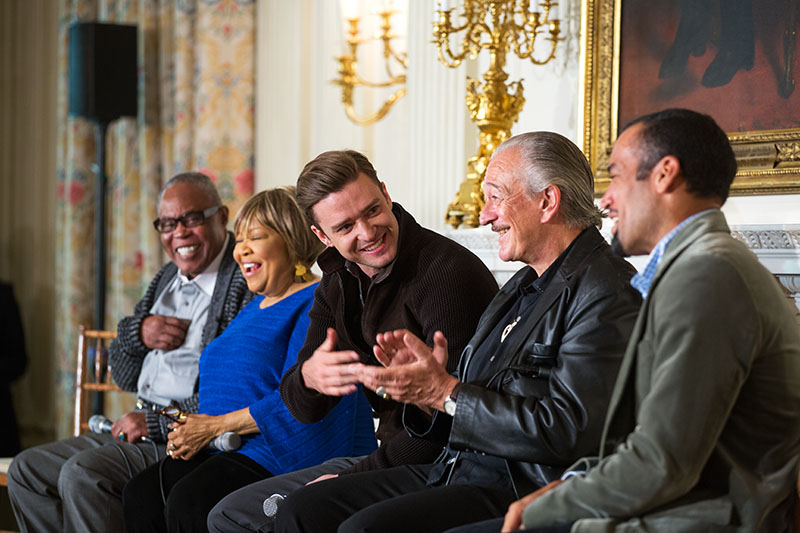