April 17, 2013 at 3:14 PM ET by Gene Sperling
Twitter Facebook Email
Summary:
Sixty percent of veterans who responded to a 2012 survey said they had trouble translating their military skills into civilian job experience, creating a significant barrier to employment. Find out what states are doing to help ease the transition to civilian life. 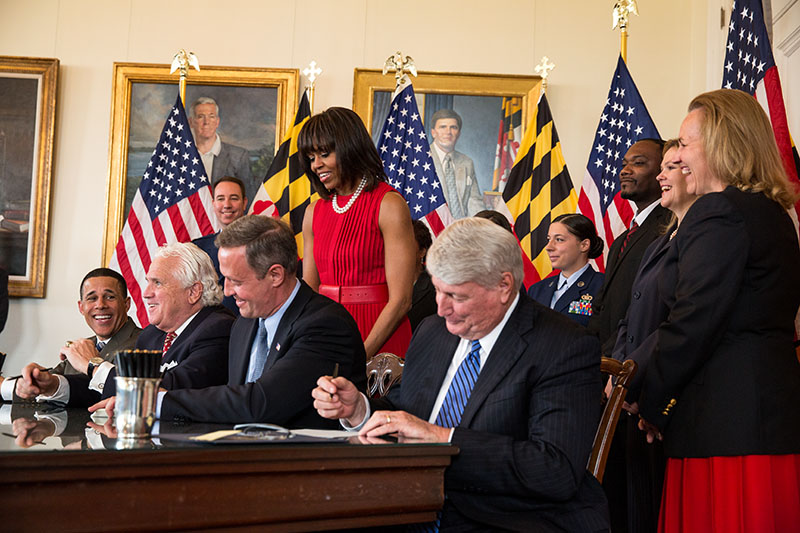 President Obama and the First Lady are committed to doing everything in their power to assist the brave men and women who have served our country in re-entering civilian life and finding employment. Over the last year and a half, the President has overseen the first re-design of the military’s transition assistance program in twenty years; created new tax credits to spur veteran hiring; expanded re-employment services, including the Veterans Job Bank and the Veterans Gold Card; and launched a series of initiatives to expand the number of veterans that get jobs in healthcare and first responder fields. Additionally, under the great leadership of the First Lady and Dr. Biden, Joining Forces has expanded hiring and training partnerships with the private sector in an effort to help our veterans and their spouses get back to work.

Yet, our veterans still face major hurdles as they transition out of the military and into the civilian workforce. According to a 2012 survey by Prudential and Iraq and Afghanistan Veterans of America, 60 percent of survey respondents said they had trouble translating their military skills into civilian job experience, creating a significant barrier to employment. Many high-demand, good-paying jobs like paramedics, truck drivers, nurses, and welders, require either a national certification or state occupational license to be hired, and currently our national and state systems make it very difficult for service members and veterans to obtain these civilian certifications and licenses that directly translate to their military training. Often times service members and veterans are required to repeat education or training in order to receive these occupational credentials, even though much, and in some cases, all, of their military training and experience overlaps with credential training requirements. And employers, many with significant needs for skilled workers, are left waiting for these military members to complete these, oftentimes lengthy, credentialing training programs – programs that many veterans could have taught themselves.

It makes no sense that our veterans should face barriers to obtaining credentials that would fast track their way into a good job. Especially when, as of March 2013, roughly 783,000 veterans were unemployed and looking for work, including 207,000 post-9/11 veterans, and, as we drawdown from the war in Afghanistan, one million service members are expected to leave the Armed Forces over the next several years.

Making it easier for service members, veterans, and their spouses to obtain civilian certification and licensure is a triple win. It’s a win for our veterans. It’s a win for our employers. And it’s a win for our economy. That’s why, under the President’s direction, the Department of Defense established the Military Credentialing and Licensing Task Force last June, tasked with identifying and creating opportunities for service members to earn civilian occupational credentials and licenses through partnerships with national certifying bodies. And that’s why, in February, the Obama Administration launched the next phase of its military credentialing and licensing efforts, partnering with the states to streamline state occupational licensing for veterans.

In remarks to the National Governor’s Association, the First Lady issued a call to action to our Nation’s governors for all 50 states to take executive or legislative action to streamline state licensing for service members, veterans, and their spouses by the end of 2015. Today, Maryland joined 12 states that have answered the First Lady’s call by passing legislation that streamlines the ability for service members and veterans to obtain civilian certification and licensure, and also joined seven states that, since February, have passed legislation that expedites professional licenses or certifications for military spouses when they move to a new state.

The First Lady traveled to Maryland today to join Governor O’Malley as he signed the Veterans Full Employment Act of 2013 into law. Maryland’s bill sets a national standard for state legislation as it covers five out of the Administration’s seven best practices, including accepting military training and experience towards licensing requirements for over 70 state licenses and certifications, and requiring public universities to translate military service into academic credit so that veterans can earn their degree more quickly.

And while states have made tremendous progress on this issue in just a few short months, there is still more work to be done. As the First Lady said in her remarks today:

We need every single state that has not already acted on these licensing and credentialing issues to follow Maryland’s lead and clear away every unnecessary obstacle facing our veterans and military spouses.

And while these bills are a wonderful first step, we can’t rest until we’ve worked with our licensing boards, colleges, and universities to make sure these bills are fully implemented so that our veterans and military spouses get the credentials and the jobs they need.

And if we all step up in this way, if we all keep coming together on this issue, we will be sending a powerful message of love and support that makes a real, concrete difference for our military families. We’ll be helping them build their careers, support their families, and find new ways to serve this country.

You can watch the First Lady's complete remarks below or on YouTube: