Meeting with Mothers and Advocates for Our Children

May 14, 2013 at 10:11 AM ET by Cecilia Muñoz
Twitter Facebook Email
Summary:
In his State of the Union address, President Obama called on Congress to expand access to high-quality pre-school to every child in America. 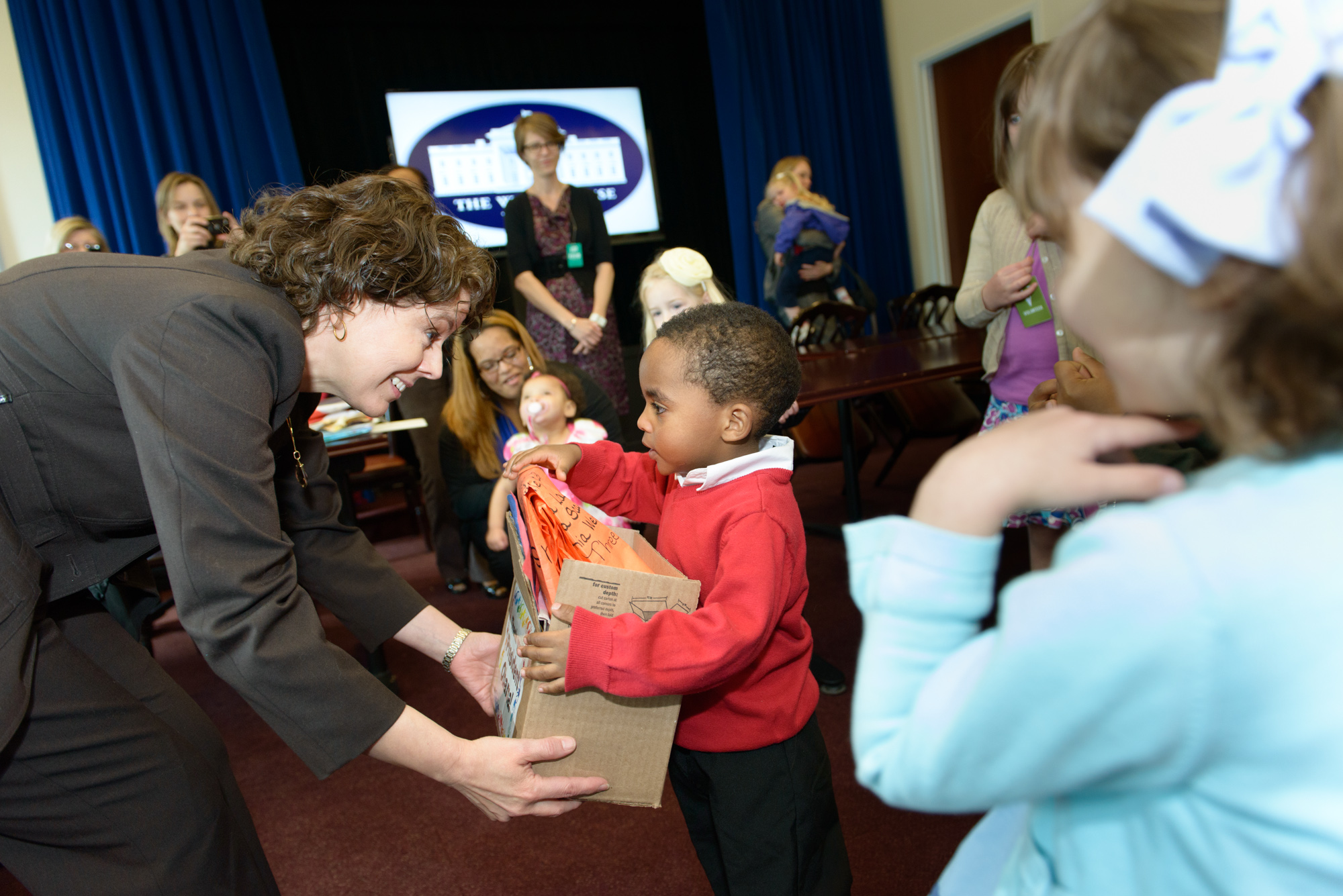 During his State of the Union address in February, President Obama called on Congress to expand access to high-quality preschool to every four-year old in America. As the President put it that day:

In states that make it a priority to educate our youngest children, like Georgia or Oklahoma, studies show students grow up more likely to read and do math at grade level, graduate high school, hold a job, form more stable families of their own. We know this works. So let’s do what works and make sure none of our children start the race of life already behind. Let’s give our kids that chance.

Yesterday, I had the pleasure to meet with mothers, leaders, and tireless advocates that understand that the best investment we can make as a country is in our children’s future.

The coalition came to the White House to deliver 30,000 letters and art work thanking the President for his proposal to make high-quality preschool available for all children – and I used the opportunity to thank them for all their hard work, and to hear from them about the work they continue to do advocating for children.

They understand that for every dollar spent on high-quality early education, we save more than seven dollars in the long run by boosting kindergarten readiness, graduation rates, reducing teen pregnancy, and even reducing violent crime. They also understand that providing our children with the best start possible in life is not only a moral imperative, but an economic imperative that will benefit our communities and our nation far into the future.

Investing in education from the earliest ages is the best way to ensure a strong foundation for learning throughout a child’s life; and despite the fact that these benefits are well-documented, our nation has lagged behind the rest of the world in providing high-quality public preschool. The Organization of Economic Cooperation and Development (OECD) estimates that the United States ranks 28th out of 38 countries for the share of four-year olds enrolled in early childhood education.

That’s why the President’s most recent budget detailed the proposal laid out in his State of the Union address, calling for an investment of $75 billion over 10 years, to create a partnership with the States to provide four-year-olds from low and moderate income families with high-quality preschool, while also encouraging states to serve additional four-year-olds from middle-income families. He envisions a new partnership between the federal government and the states that builds upon existing state investments to expand access to high-quality early learning for every child.

This is an issue that comes with strong bipartisan support. As the President noted in his State of the Union address, states such as Georgia and Oklahoma, both of which are led by Republicans, are leading the country in providing access to high-quality public preschool to families in their states. They do this because this is an investment worth making, and the President hopes to build on the success of their efforts by working with leaders on both sides of the aisle.

But, even with strong bipartisan support, policy change is never easy. As I discussed with advocates and mothers this afternoon, the more members of the public lift up their voices and make themselves heard in this debate, the sooner every four-year old will have access to high-quality pre-school.

In February, the White House launched a new tool to enable Americans to find passages in the State of the Union address that they felt were most important to them and provided an opportunity for them to tell us why.

One entry we highlighted, but which I think bears repeating, came from Gail who submitted her thoughts to our website:

Early childhood education matters and should be available to every child in America. We know the investment in quality early care and education pays for itself and we have the resources to do what is right for our children - we need leaders to make this a priority.

I certainly agree, as did the wonderful mothers, children, and advocates I met with yesterday – and we certainly won’t stop working until we can make high-quality early education a reality for all of our children.