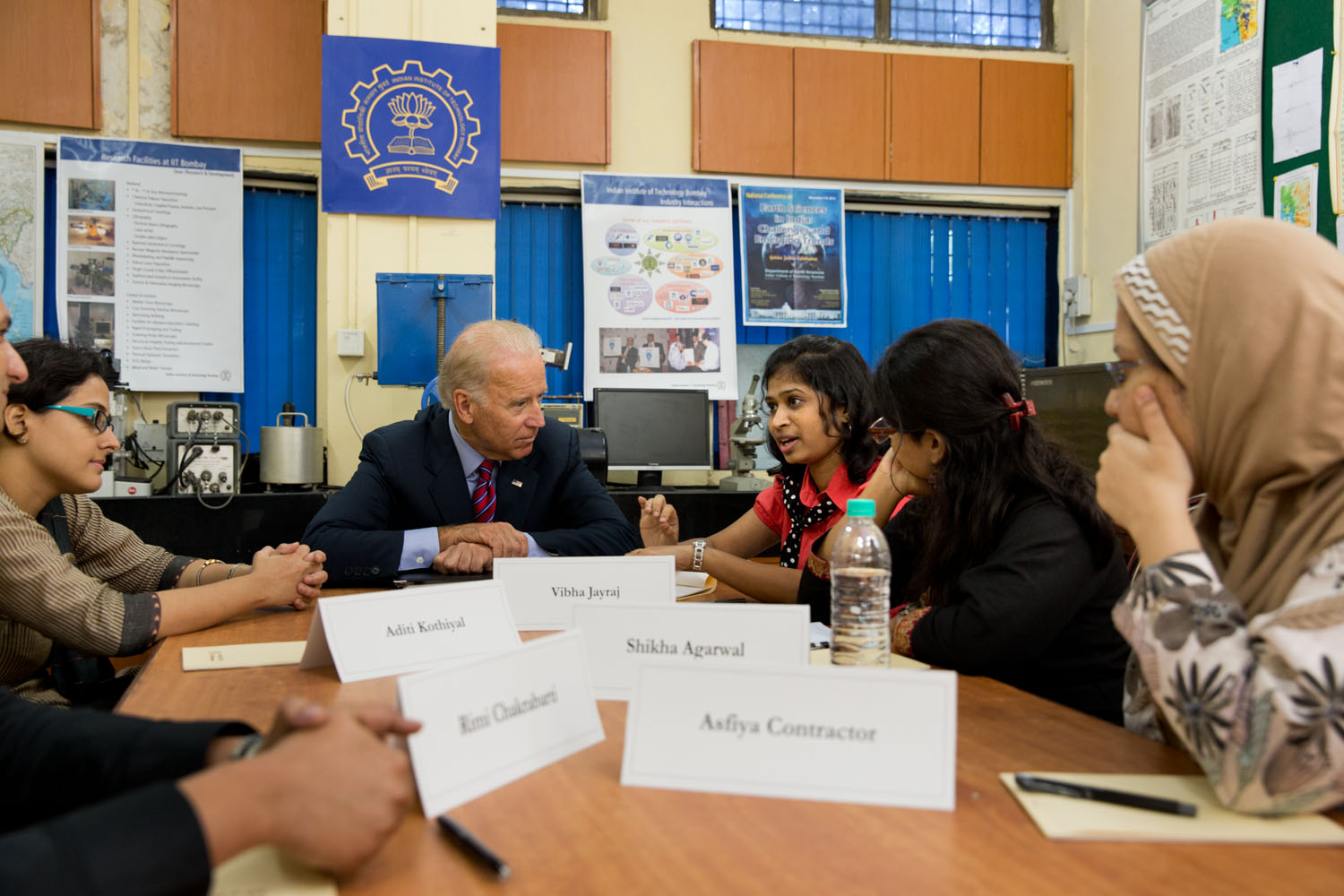 Today at the Indian Institute of Technology, Vice President Biden met a group of women he called “India’s future”—the country’s next generation of scientists and engineers.

“This is a great university, one of the leading universities in the world in technology, and these women are in the forefront,” he said.

Before a roundtable discussion with students in the Seismology Lab, the Vice President talked with young women conducting nanotechnology research and geochemistry and geochronology experiments. He commended them on “the incredible work they’re doing in a whole range of areas, from devices that may very well fundamentally alter the nature of medicine, to dealing with practical but stark problems like access to transportation.”

Engaging women in science, technology and engineering is something we’re promoting heavily in the US, the Vice President said.

In the United States, more women graduate from college than men, but only about 20percent enter the sciences, the Vice President explained. “We have to take advantage of the collective cognitive capability of our population.”

“The future goes to the country that is the most open and the most representative of the entire population,” he said.