For the Win: Puzzles To Remember

Max Wallack, a 17-year-old junior at Boston University, is the founder of PuzzlesToRemember.  He cares deeply about Alzheimer’s disease and has authored a paper on the topic in the Journal of Alzheimer’s Disease as well as a new children’s book entitled, Why Did Grandma Put Her Underwear in the Refrigerator?  He is currently a Research Intern at the Molecular Psychiatry in Aging Lab at the BU School of Medicine and plans to pursue neuroscience.  For his work, Max was honored as a 2011 Hasbro Community Action Hero, an award recognizing outstanding young service leaders presented by Hasbro in partnership with generationOn, the global youth service enterprise of Points of Light.

I was still very young when I first recognized my calling in life.  My early experiences helped me grasp the importance of what I might accomplish if I could succeed at practicing medicine with compassion.  I can still recall, at the age of nine, with sleepy eyes, taking my post for the night.  It was my turn to sleep on the floor at the door to Great Grams’ room and to sound the alarm if she should try to escape.  Great Grams had attempted several previous escapes, once—convinced that her family was trying to harm her—she made it to the corner where she flagged down a truck and hopped inside. 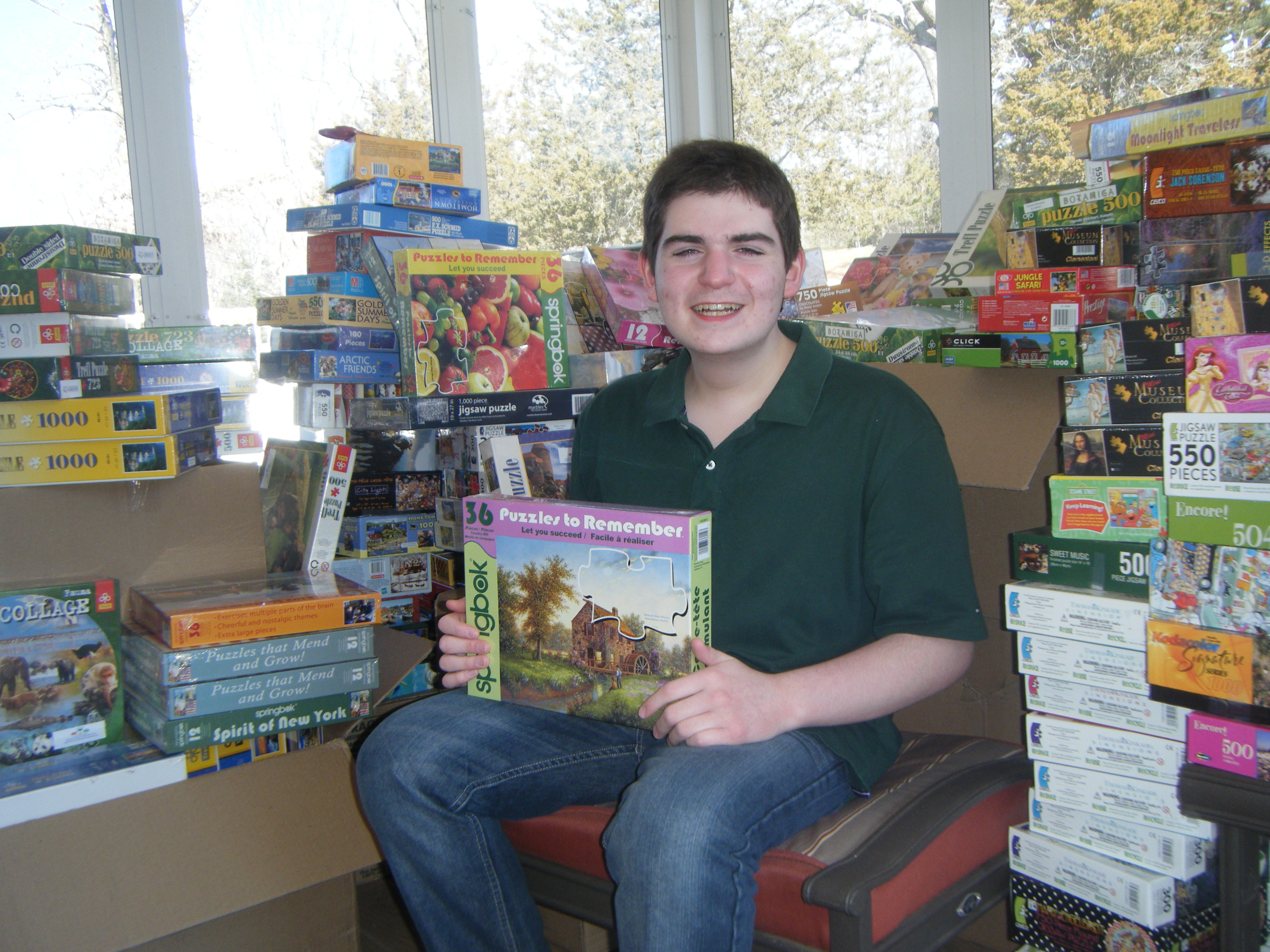 That night, years of memories danced in my dreams, most of them good, but Great Grams had no good memories to sustain her.  It wasn’t her forgetfulness, rather her insurmountable paranoia that affected every fiber of our lives.  It was understandable.  If you can’t remember moving an item, then, someone else must have moved it.  If you can’t remember what your husband looked like, then you can't tell if he’s been snatched away.  If you can’t remember putting money in the bank, then all you have are the dollars in your purse, and Great Grams held on to that purse day and night.  Afflicted with Alzheimer’s disease, sometimes Great Grams was an adult.  At those times, she advised me, protected me, and expressed concern for me.  At other times, I was the adult, watching her as we crossed the street, protecting her from harm.  Over time, as Great Grams became more child-like, I became more of a caregiver.

In 2008, I founded PuzzlesToRemember, a nonprofit organization that donates free jigsaw puzzles to facilities that care for Alzheimer’s patients.  To date, over 23,000 puzzles have been distributed around the world.  In conjunction with Springbok, I developed specialized puzzles with large piece size, colorful memory-provoking images, and low piece count, made to meet the needs of Alzheimer’s patients.  Completing these simple puzzles provided an often elusive feeling of accomplishment.

From this early start, I have dedicated my life to the disease.  A premedical, neuroscience major at Boston University, I am also a research intern in the Molecular Psychiatry In Aging Lab at BUSM, where I investigate various hormones and their relationship to Alzheimer’s.  A paper I co-authored will soon be published in the Journal of Alzheimer’s Disease and Why Did Grandma Put Her Underwear in the Refrigerator?, a children’s book I co-authored to explain Alzheimer’s disease to children has now been published.

Not only is Alzheimer’s disease difficult for patients and their families, it is also a threat to our economy, costing our nation $203 billion annually with projections to reach $1.2 trillion by 2050. We must all be proactive about tackling Alzheimer’s on multiple fronts, encompassing compassionate care of those afflicted, support for weary caregivers, and research to find treatments and, I hope, a cure.  Will you help?