Helping the Long-Term Unemployed Get Back to Work

February 10, 2014 at 11:29 AM ET by Gene Sperling and Valerie Jarrett
Twitter Facebook Email
Summary:
Although many long-term unemployed Americans could help employers fill their hiring needs if given the chance, they often face particular barriers in getting back to work.

In this year’s State of the Union address, President Obama called attention to a stubborn legacy of the Great Recession that remains despite the progress we have made in creating new jobs: a historically high number of Americans who are ready and eager to work, but have found themselves among the ranks of the long-term unemployed.

Although many of these Americans could help employers fill their hiring needs if given the chance, they often face particular barriers in getting back to work. Research shows that the long-term unemployed are frequently overlooked and sometimes excluded from job opportunities – one study found that candidates who had been out of work eight months were called back for interviews only about half as often as candidates who had been out of work one month, even with an otherwise identical résumé. 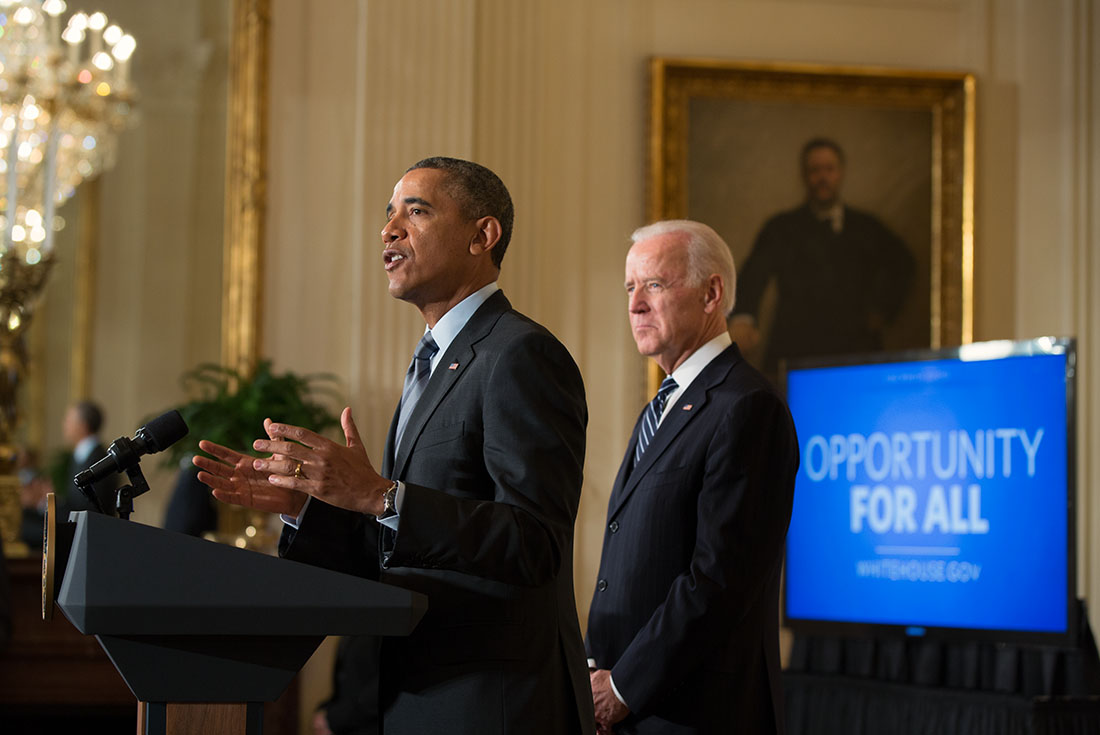 "I've heard from too many of these folks," President Obama told a group of CEOs and business leaders the week of his State of the Union address. "They fill out 100 applications, 200 applications. They’re sending out résumés, still finding time to volunteer in their community, or helping out at church. Sometimes they have more experience and education and skill than newly unemployed Americans."

"They just need that chance," he said.

President Obama has made clear that there are actions that we need to take together with Congress – from extending emergency unemployment insurance to investing in areas like infrastructure and manufacturing that would strengthen demand now – to help the long-term unemployed get back to work. But the President is also committed to taking steps in partnership with businesses, non-profits, mayors, and governors and anyone else ready to address this challenge. That’s why he came together with CEOs of leading companies who announced they were signing onto new best practices for hiring and recruiting the long-term unemployed, designed to ensure the long-term unemployed receive a fair shot in the hiring and recruiting process. These best practices include:

More than 300 companies have signed onto these best practices – including 80 of the nation’s largest businesses, 20 of whom are members of the Fortune 50. To ensure that the federal government leads by example, President Obama signed a Presidential Memorandum that will ensure federal hiring does not put the unemployed at a disadvantage in the hiring process. And he announced that the Department of Labor would use $150 million in existing resources to support “Ready to Work” Partnerships between employers, non-profit organizations, and America’s public workforce system that will provide more of the long-term unemployed individuals with services and training that can help connect them to middle and high-skill jobs.

But we’re not done yet. As the President said in his State of the Union, he is asking “every business leader in America to join us and to do the same – because we are stronger when America fields a full team.” So if your business is interested in joining this effort, click on the link below to sign on.

Add your business to the list of companies committed to inclusive hiring processes for the long-term unemployed.

Learn more about the best practices here and see the list of businesses that have already signed on.