Weekly Wrap Up: Iraq and Ferguson, Raising the Wage, and Modernizing Government

August 15, 2014 at 4:11 PM ET by Stephen Ark
Twitter Facebook Email
Summary:
This week, President Obama discussed the continuing humanitarian crisis in Iraq and the situation in Ferguson, Missouri; the White House announced progress on raising the minimum wage; and the Administration launched the U.S. Digital Service to help modernize our government.

This week, President Obama gave updates on the continuing humanitarian crisis in Iraq and the situation in Ferguson, Missouri; the White House announced progress on raising the minimum wage; and the Administration launched the U.S. Digital Service to help modernize our government.

Check out what else you may have missed this week in our weekly wrap up.

A Statement on Iraq and Ferguson

Yesterday, President Obama delivered a statement about what's happening in Iraq. He said that although conditions are still dire for Iraqis who are "subjected to ISIL's terror throughout the country," the situation for civilians stranded on Mount Sinjar has "greatly improved and Americans should be very proud of our efforts."

The President also spoke about the events in Ferguson, Missouri following the death of 18-year-old Michael Brown. He called on the Attorney General and the U.S. Attorney on the scene to work with local officials in making sure the investigation is open and transparent. "Now is the time for healing," he added.

I know that emotions are raw right now in Ferguson and there are certainly passionate differences about what has happened. There are going to be different accounts of how this tragedy occurred. There are going to be differences in terms of what needs to happen going forward. That’s part of our democracy. But let’s remember that we’re all part of one American family. We are united in common values, and that includes belief in equality under the law; a basic respect for public order and the right to peaceful public protest; a reverence for the dignity of every single man, woman and child among us; and the need for accountability when it comes to our government.

Thirteen states and Washington, D.C. have passed laws to raise their minimum wage since the President called for an minimum wage increase last year, according to a new report released Tuesday. About 7 million workers will benefit from these increases. 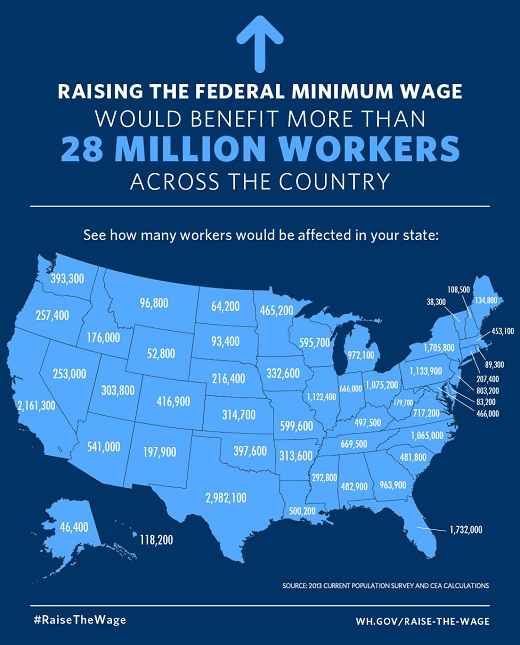 Throughout the country, states, cities, and businesses are doing their part to build an economy that works for everyone. Now it's time for Congress to do their part, too. Raising the federal minimum wage from $7.25 to $10.10 an hour would boost earnings for 28 million hardworking Americans.

Q&A with the Executive Chef

She answered questions about preparing for State Dinners with fresh fruits and vegetables, cooking for the First Family, and how Makers can create their own gardens -- at home, school, or the community.

Comerford encouraged participants to experiment with different combinations of colors and textures of produce in meals because "the more color you have in your plate, the more nutritional value you're getting out of it." 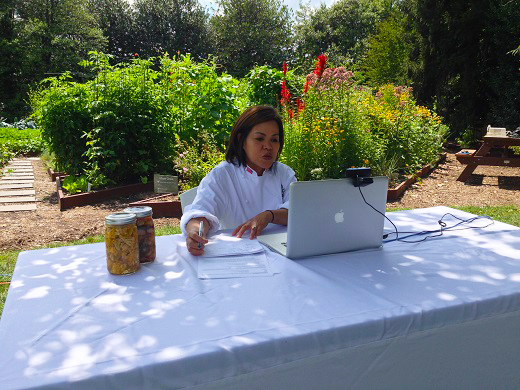 "It's a learning process," Comerford said of gardening, "but it's a cool thing because you learn a lot about nature and how it works together."

A small team of the country's most talented developers and professionals from private-sector technology companies joined the U.S. Digital Service, which launched Monday. The team will upgrade the government's online systems with an aim toward efficiency and simplicity.

"Interacting with the government shouldn't be a thing that you automatically dread," said Mikey Dickerson, a private-sector engineer who helped fix HealthCare.gov last year. He will lead the team as the Administrator of the U.S. Digital Service and Deputy Federal Chief Information Officer.

"If we are a smash success, then a few years from now you won't even know we exist," Dickerson added, "because government technology is basically fine."

West Wing Week was there for Mikey Dickerson's first day at the White House.

Check out this week's episode for a look at the brand new U.S. Digital Service and more: