Weekly Wrap Up: The Millennial Age and the Minimum Wage

October 10, 2014 at 6:33 PM ET by Kajal Singh
Twitter Facebook Email
Summary:
This week, the White House took action in our response to Ebola, explained the need to raise the minimum wage, joined Medium, and was inspired by Millennials.

This week, the White House took action in our response to Ebola, explained the need to raise the minimum wage, joined Medium, and was inspired by Millennials. Find out more in this week’s Weekly Wrap Up.

We Took Action in Our Response to Ebola

On Monday, the President met with senior staff to discuss our response to the Ebola outbreak. At the meeting:

The President also reiterated that since Ebola is very difficult to transmit and America has a world-class health care infrastructure, the chances of an Ebola outbreak in the United States are extremely low.

"We're doing everything we can to make sure...the American people are safe." —Obama: http://t.co/0RT8S8yZoB #Ebola pic.twitter.com/P5IEr5fLHT

On Wednesday, the Centers for Disease Control and Prevention (CDC) and the Department of Homeland Security (DHS) announced enhanced Ebola screenings at five U.S. airports, which receive more than 94% of travelers coming to the United States from Ebola-affected nations.

See the President’s full remarks from Monday's meeting here, and see what we’re doing to stop the disease in the United States.

We Took 2 Minutes to Talk About Raising the Minimum Wage

On Tuesday, Vice President Biden traveled to Los Angeles to meet with local business owners at L.A. Baking Company to discuss just how important it is to raise the minimum wage. Today’s minimum wage doesn’t even allow workers to cover the basic necessities, and buys about 20% less than it did in 1981 -- even though the cost of living is significantly higher.

The Vice President reiterated that "No one in America should be working 40 hours a week and living below the poverty level. No one."

We also released a video today explaining why it’s time to give hardworking Americans a fair shot at earning a livable wage. Have 2 minutes? Check it out here!

What exactly is Medium, you ask? It’s a new, self-publishing platform that encourages folks to spread ideas and stories that matter to them. Check out the President’s very first post here. 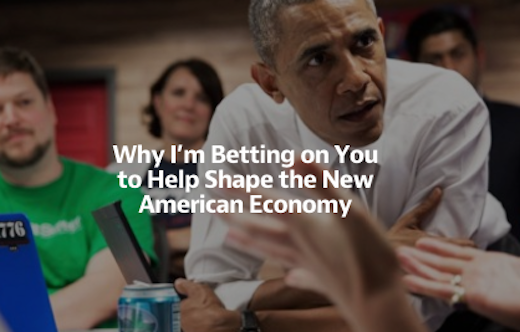 We Were Inspired by Millennials

Yesterday, the Council on Economic Advisers released a new report that looks at the so-called "Millennial" generation. The report takes an in-depth look at the trends and circumstances that have helped shape this generation.

When we think of Millennials, we often imagine a group of Americans -- mostly in their mid-20s -- that's obsessed with smartphones, ironic t-shirts, and fresh-pressed juices. But there's so much more to Millennials.

Fun fact: Did you know that Millennials are the most diverse and educated generation? To find out more, be sure to check out the report. 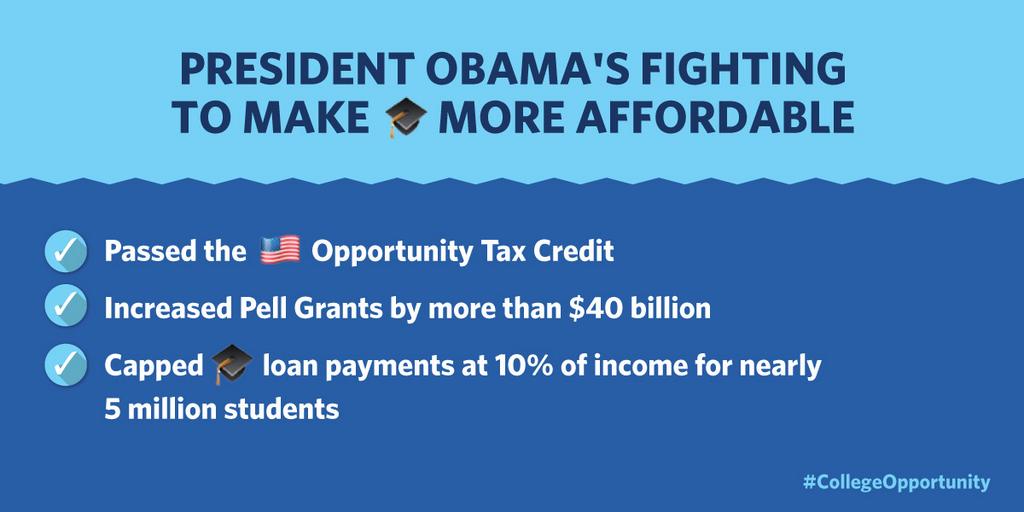 Later yesterday, the President traveled to sunny Los Angeles to speak with innovative Millennials at Cross Campus -- a collaborative tech lab that brings inventors and investors together to pursue the next big idea that will continue to power our economic recovery.

Want to learn more about the President’s visit? Find out more here.

Want to see even more? Be sure to check out the White House Blog, this week's episode of West Wing Week, and the White House's official Twitter account: