The Year in Review: Our 5 Favorite Joining Forces Moments of 2014

December 23, 2014 at 11:47 AM ET by Steve Parker
Twitter Facebook Email
Summary:
Mrs. Obama and Dr. Jill Biden came together to launch Joining Forces, a nationwide initiative calling all Americans to rally around service members, veterans, and their families. Here's our favorite moments from 2014. 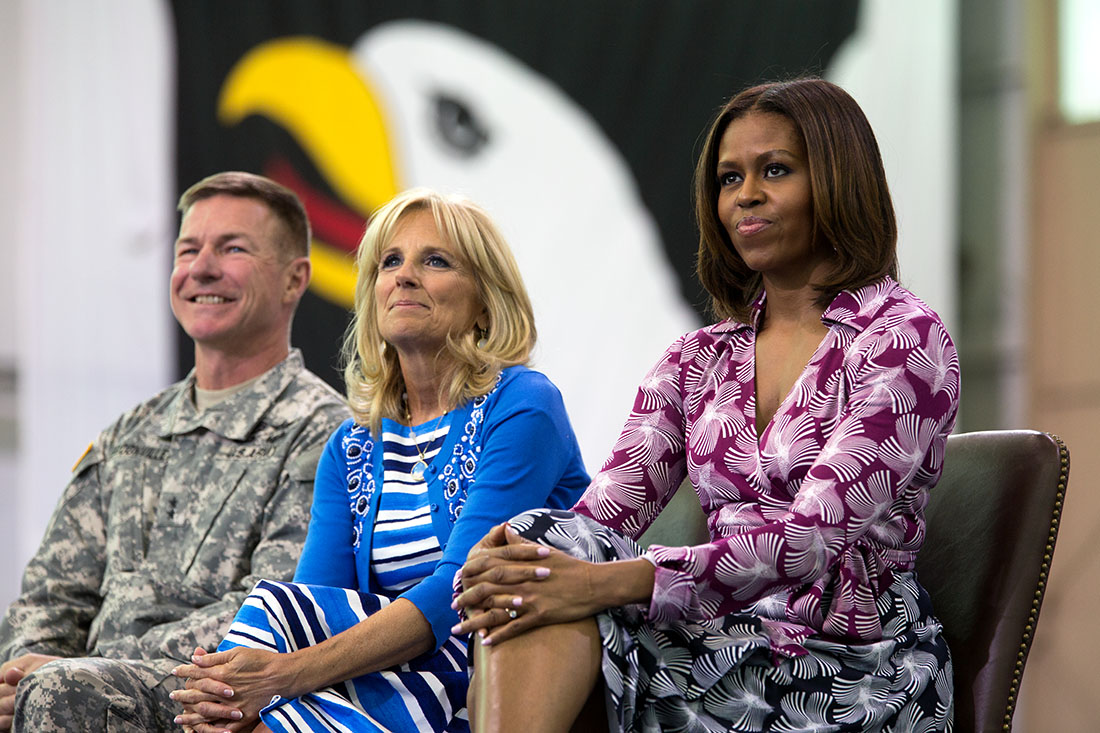 We’ve had an amazing year at Joining Forces. Here are some of our favorite moments!

In 2011, Mrs. Obama and Dr. Jill Biden came together to launch Joining Forces, a nationwide initiative calling all Americans to rally around service members, veterans, and their families and support them through wellness, education, and employment opportunities. Joining Forces works hand in hand with the public and private sector to ensure that service members, veterans, and their families have the tools they need to succeed throughout their lives.

1. Launching the VEC at Fort Campbell

In April, the First Lady and Dr. Biden visited Fort Campbell, Kentucky to participate in an Employment Summit. During the summit, we launched the Veterans Employment Center (VEC), a comprehensive online tool to connect veterans and spouses with employers committed to hiring.

2. Laying the Keel for the USS Illinois

As the sponsor of the USS Illinois, the First Lady participated in a keel-laying ceremony where she inscribed her initials into a steel plate that will be a part of the submarine for the entirety of its service. 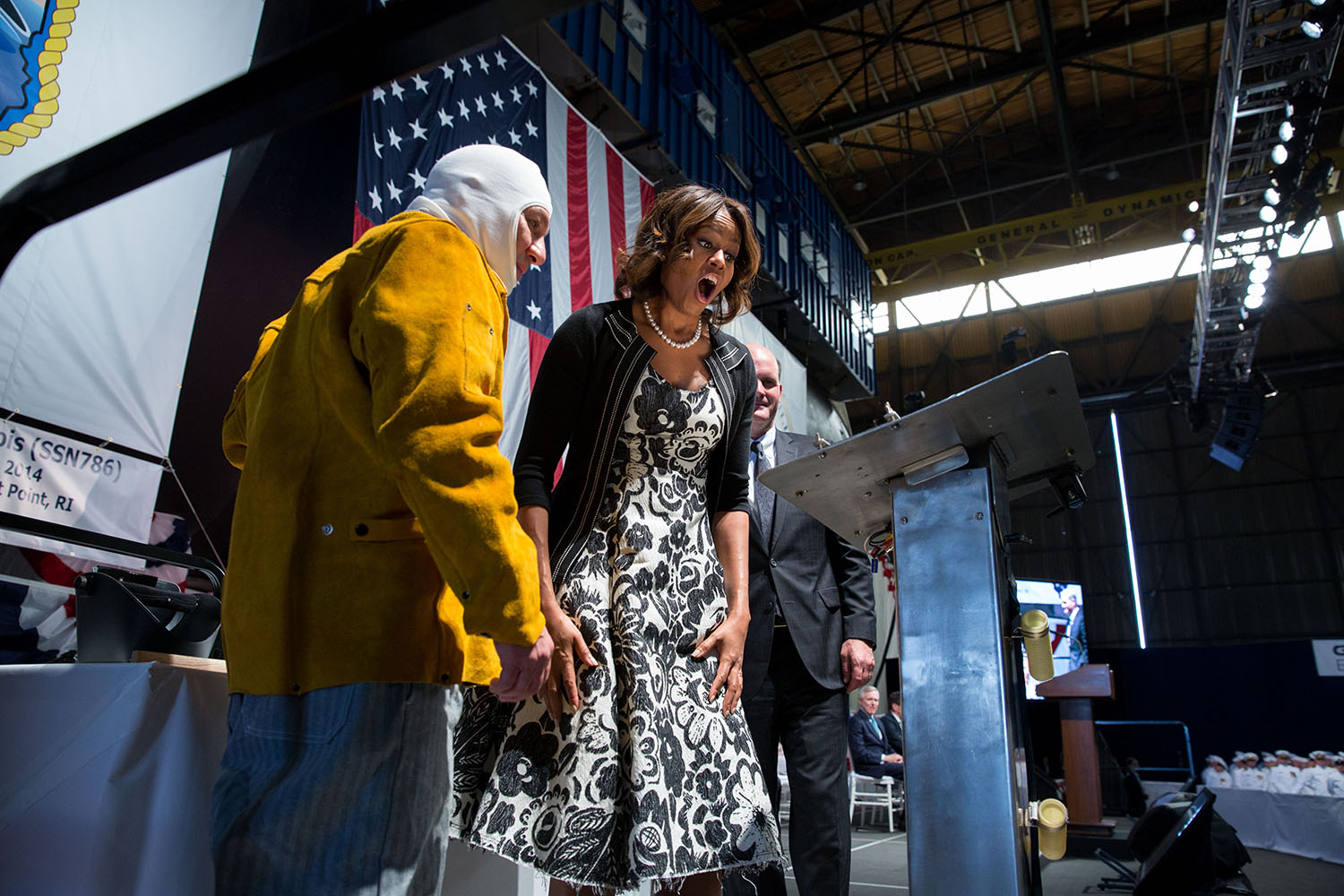 Joined by Secretary of Housing and Urban Development Shaun Donovan, Acting Secretary of Veterans Affairs Sloan Gibson, and Salt Lake City Mayor Ralph Becker, the First Lady announced the nationwide challenge, which already has the commitment of 302 mayors, 6 governors, and 43 other country or city officials to help meet this goal. 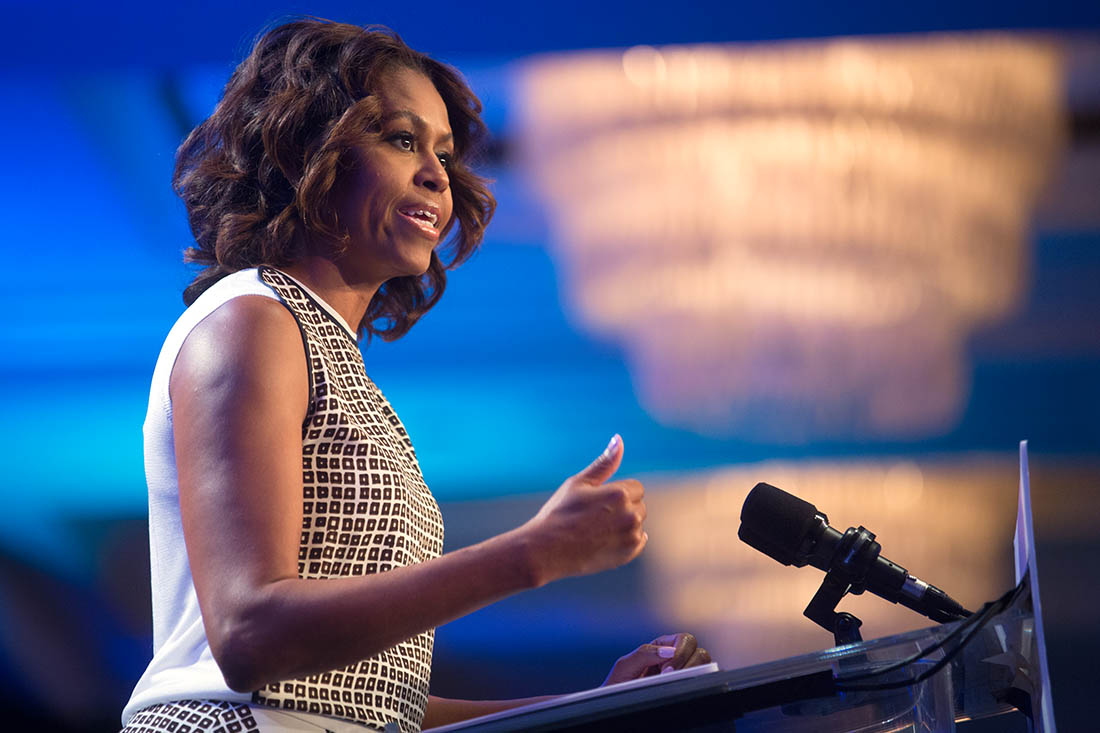 4. Supporting Team USA at the Invictus Games in London

Dr. Biden led a Presidential Delegation to the inaugural Invictus Games, held in London, England. The international sporting event for wounded, ill, and injured service members and veterans drew hundreds of athletes and thousands of spectators from all over the world.

5. Announcing Pledges of More than $100 Million to Veterans and Military Causes

In honor of our fourth anniversary, the First Lady and Dr. Biden announced that the philanthropic community pledged more than $100 million over the next five years to support veterans and military families. These commitments will fund organizations that support service members, veterans, survivors, and their families.