2015 in Review: The White House’s Year in Science and Technology

January 4, 2016 at 7:01 PM ET by Kumar Garg, Kristin Lee
Twitter Facebook Email
Summary:
As we kick off 2016, we’re taking a look back at some of this year’s top moments for science and technology at the White House.

Join us at taking a look back at some of the most notable science and tech moments from the White House in 2015:

March 23, 2015: President Obama hosted the 2015 White House Science Fair, welcoming young scientists and engineers from across the country to showcase their inventions, robots, and discoveries:

June 3, 2015: First Lady Michelle Obama welcomed students to the White House to help with the White House Kitchen Garden Harvest and celebrate the important role of pollinators in the healthy food we grow and consume.

July 14, 2015: The President congratulates NASA on the New Horizon mission to Pluto. 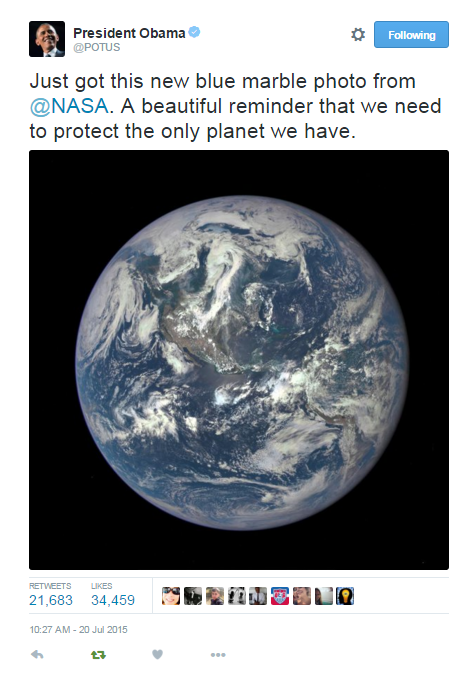 August 4, 2015: The White House hosted our first-ever Demo Day focused on entrepreneurship, where we showcased the wide-ranging talents of innovators from across the country.

August 17, 2015: President Obama issued an Executive Order making the Presidential Innovation Fellows program permanent, helping to ensure a way for American technologists and innovators to serve a tour of duty in government.

September 2, 2015: When President Obama visited Alaska to shine a spotlight on the impacts of climate change:

September 15, 2015: The Administration announces new actions to improve the effectiveness and efficiency of Federal programs by leveraging behavioral research insights on how people participate in, engage with, and respond to programs.

In addition, the White House hosted the first-ever White House Tech Meetup, Mapathon, and Mental Health Hackathon; launched the Strategy for American Innovation on Back to the Future Day; secured critical increases in R&D in the budget agreement signed by the President; and wrapped up the year by encouraging more students to pursue science, tech, education, and math by celebrating Computer Science Education Week.

To engage with us and keep up on the latest science and technology issues policy news in the year ahead, follow us here on the White House Office of Science and Technology Policy blog and on Twitter at @WhiteHouseOSTP.