June 28, 2016 at 9:30 AM ET by Jason Furman
Twitter Facebook Email
Summary:
Real GDP growth was revised up to 1.1 percent at an annual rate in the first quarter.

First-quarter economic growth was revised up 0.3 percentage point to 1.1 percent at an annual rate. Strong growth in residential investment boosted real GDP growth, but weakness in business investment—exacerbated by weak foreign demand and low oil prices—weighed on growth. Going forward, increased uncertainty, including uncertainty regarding the consequences of British voters' decision last week to leave the European Union, underscores the importance of proactive policy steps to strengthen the U.S. economy. The President will continue to take steps to strengthen economic growth and boost living standards, including promoting greater competition across the economy; supporting innovation; and calling on Congress to support investments in infrastructure and job training and to pass high-standards free trade agreements like the Trans-Pacific Partnership. 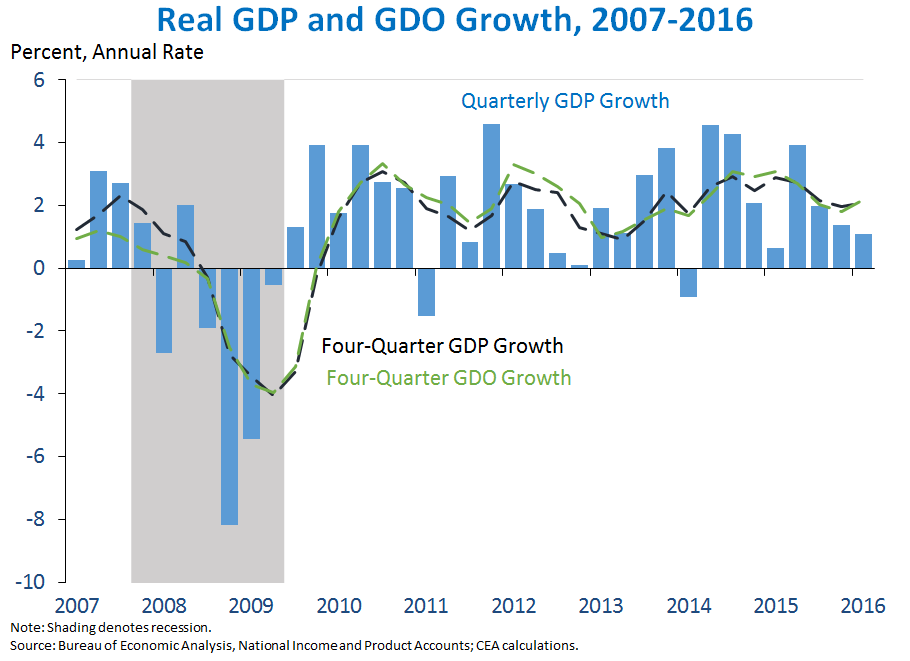 2. First-quarter GDP growth was revised up 0.3 percentage point at an annual rate. The upward revision to GDP growth was largely accounted for by upward revisions to exports and investment in intellectual property products, with a partially offsetting downward revision in consumer spending on services (reflecting the incorporation of new data from the Census Bureau’s Quarterly Services Survey).

In today’s release, BEA also revised up its estimate of real GDI growth in the first quarter from 2.2 percent to 2.9 percent due to an upward revision to corporate profits. As a result, first-quarter GDO growth was revised up to 2.0 percent, a stronger pace than the previously reported 1.5 percent. 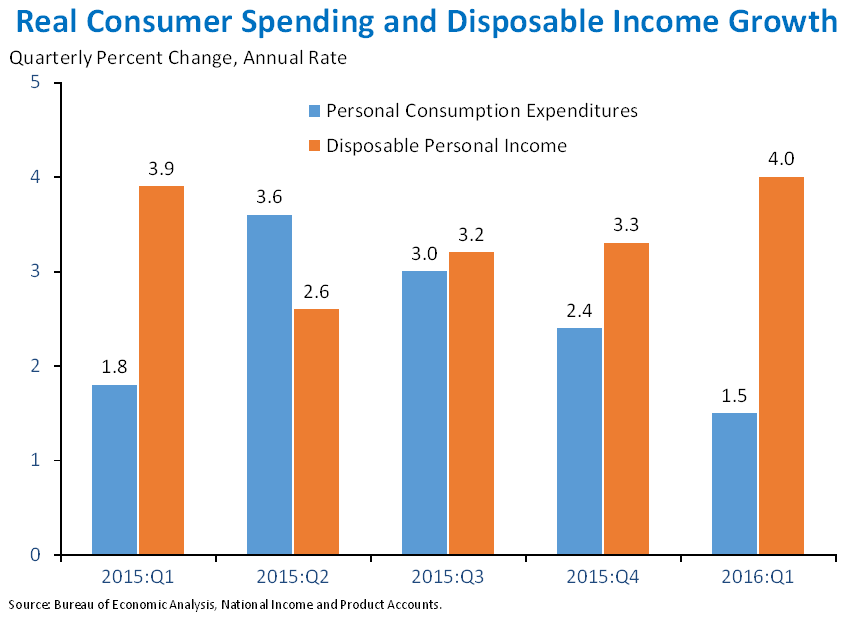 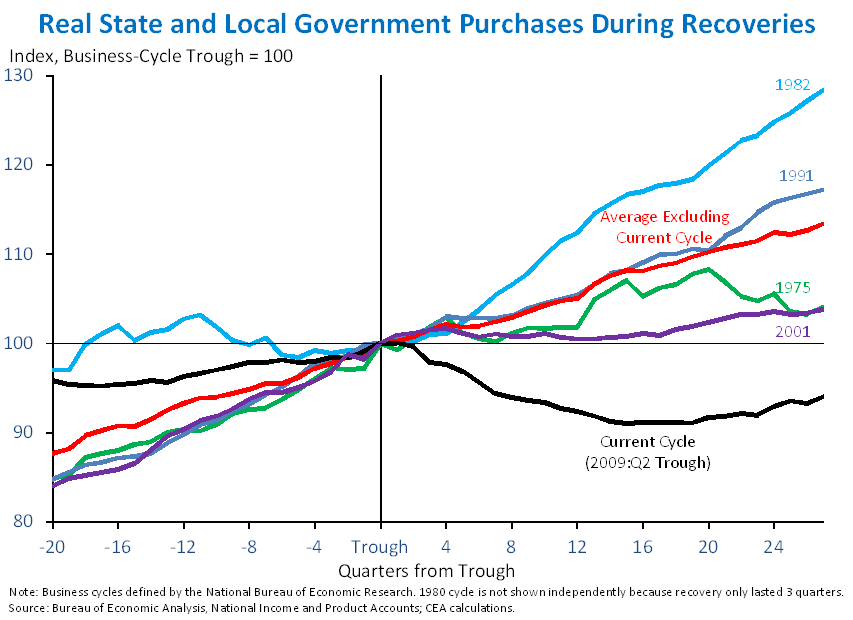 5. Real private domestic final purchases (PDFP)—the sum of consumption and fixed investment—rose 1.1 percent at an annual rate in the first quarter, a slower pace than in recent quarters. PDFP—which excludes noisier components of GDP like net exports and inventory investment, as well as government spending—is generally a more reliable indicator of next-quarter GDP growth than current GDP. In recent quarters, weaker demand abroad has dampened business investment, and low oil prices have weighed on energy-related investment, both of which have led to slower PDFP growth. Overall, PDFP rose 2.5 percent over the past four quarters, above the 2.1-percent growth in GDP over the same period. 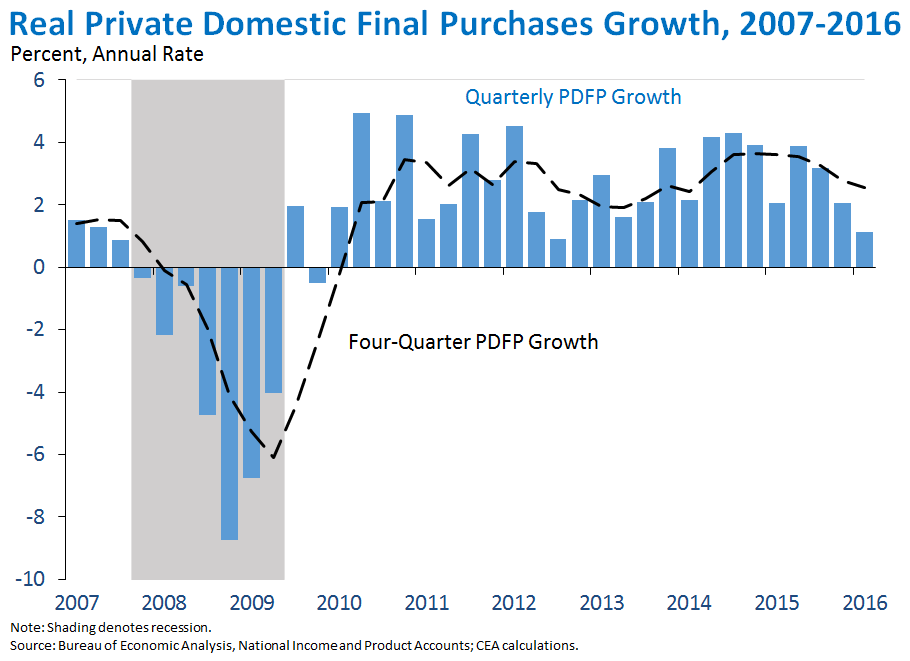