Holidays at the White House: The White House celebrates Simple Gifts this holiday season. You're invited to tour the Christmas decorations, watch behind-the-scenes videos, share a Season's Greetings message with the troops and more. 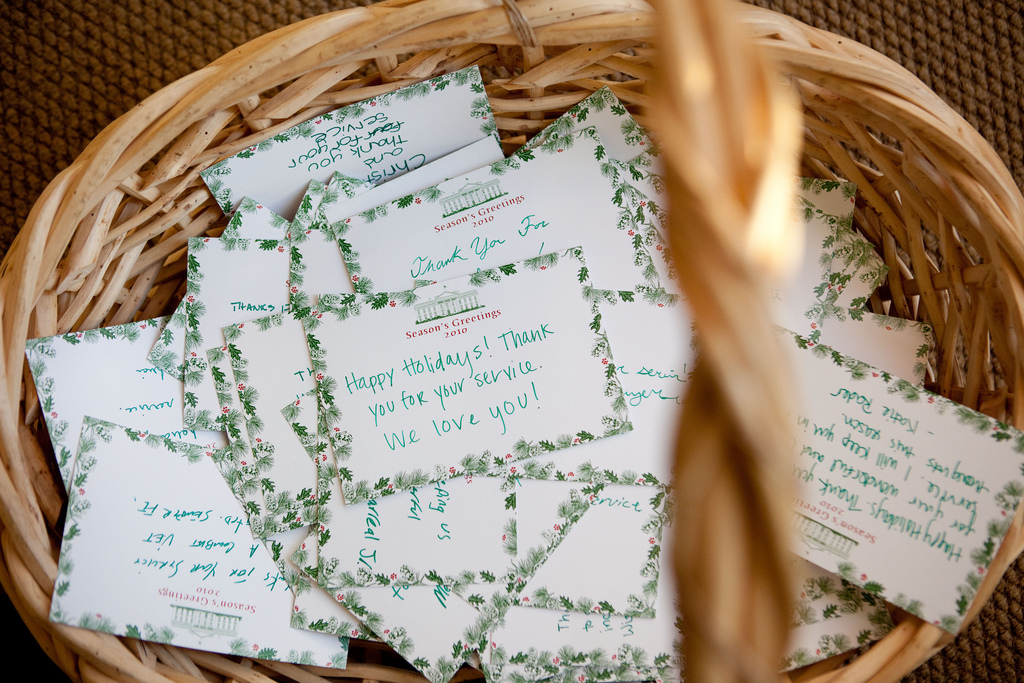 Thank you cards for servicemen and women are collected during a holiday tour in the East Wing Entrance of the White House, Dec. 8, 2010. (Official White House Photo by Samantha Appleton)

Tracking Santa: The Department of Energy's Los Alamos lab uses state of the art technology to track Santa Claus as he circles the globe.

West Wing Week Video: “AKA Santa Claus” -- walk step by step with the President as he signs the repeal of “Don’t Ask Don’t Tell,” reads to kids for the Holidays, and receives the Census report.

The President’s Press Conference: As this session of Congress draws to a close, the President reflects on the flurry of productivity for the American people during the final stretch.

Behind-the-Scenes Video: A day of service with President Obama and the Los Angeles Lakers.

My American Story: Americans step up to be a part of the solution – watch the video, then visit Serve.gov to find a volunteer opportunity that’s right for you.