Meet the Women of the Administration: Latifa Lyles

March 25, 2011 at 10:50 AM ET by Monique Dorsainvil
Twitter Facebook Email
Summary:
For our Women’s History Month Meet the Women of the Administration series, the Council on Women and Girls is delighted to feature Latifa Lyles, the Deputy Director of the Women's Bureau at the Department of Labor. Check out this new post and hear about Latifa's love of sports, her role models, and the inspiring work she's doing at the Women's Bureau.

For our Women’s History Month Meet the Women of the Administration series, the Council on Women and Girls is delighted to feature Latifa Lyles, the Deputy Director of the Women's Bureau at the Department of Labor.  Check out this new post and hear about Latifa's love of sports, her role models, and the inspiring work she's doing at the Women's Bureau. 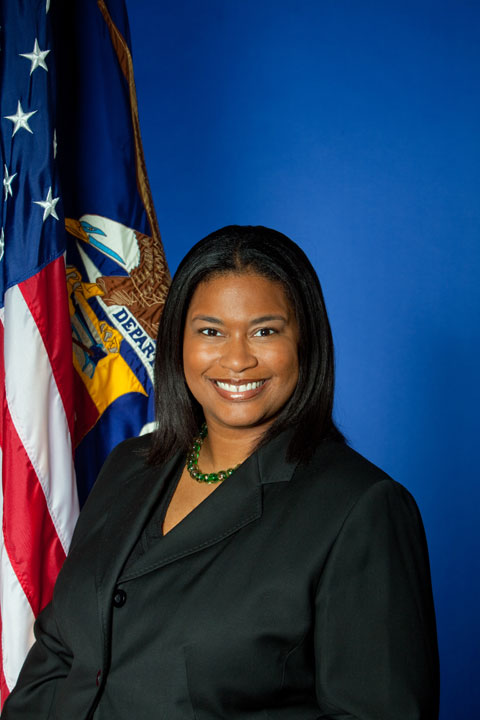 How did your childhood influence you?

I grew up in a small apartment in the Bronx with my mother and younger brother.  And I have a large extended family, and everyone worked hard and supported each other.

I was also fortunate enough to have the encouragement to engage in sports.  Being an athlete was exciting.  It was a new idea for my family, and I didn’t know any women who played sports.  There is nothing like the feeling you get from friends and family cheering you on from the sidelines when you’re at the free-throw line.  Being on the court and on a team can be a very empowering experience, and I’m glad more young women have opportunities and role models today.

Growing up, who were your role models?

The women in my family were my strongest role models without question.  My mother and grandmother Zella were my first champions; both independent single mothers raising children on their own and in my grandmother’s case raising seven children.  I watched them both move through their lives with confidence and creativity against many odds.

Also, there was my great aunt Aline.  She was an educator and the first clergywoman I’d ever known.  It was from her I developed a commitment to community service.  One summer, at age 15, I worked with her at a homeless shelter for young adults in Harlem she helped run.  It was by far the most interesting thing I had ever done, and it deeply influenced my world view.

How did you become interested in working for the Federal government?

This is my first Federal job.  I worked for non-profits for 14 years.  I became interested when I saw that women’s issues were becoming a top priority throughout Federal government agencies and the White House.  During these past two years, I’ve been amazed at the number of women leaders in leadership roles who come with similar backgrounds in women’s rights advocacy.

I’ve worked in the areas of women’s rights and civil rights my entire career.  There are many things that have inspired this path, including my participation in a women’s rights march in Washington with classmates when I was 15.  Really, I can’t imagine a time growing up when I wasn’t interested in doing work on behalf of others and advocating for equal rights and opportunity.

I’m motivated by the young women I meet who have taken up the torch and set out to work for change in their communities.  Whether they are running for office or organizing against domestic violence on their campuses, I’m always inspired.

What has been your favorite moment since you’ve been working for the Department of Labor?

It’s great to meet working women across the country whose lives have benefited in some way by the Department of Labor’s programs and initiatives.  It’s important to learn the real stories of the people you serve and the impact your work is having on them.

One of the Women’s Bureau’s priority issues is promoting opportunities for women to find a path to higher-paying good jobs, including those where women are often underrepresented.  The Women’s Bureau is coming out with great new resources this spring for women seeking careers in green and clean energy jobs.

Very early in my career, I learned how easy it is for work to take over, especially working on issues about which I’m passionate.  It’s easy to burn out.  Over the years, I’ve been able to establish priorities.  I’m lucky to have a large family, and I know that they are most important.