After a full day spent talking and listening to Americans at town halls in Cannon Falls, Minnesota and Decorah, Iowa yesterday, this morning the President's economic bus tour pulls into Peosta, Iowa for the White House Rural Economic Forum at Northeast Iowa Community College. President Obama and members of his Cabinet will meet with private sector leaders, farmers and small business owners to discuss ideas to grow the economy, accelerate hiring and spur innovation in small towns across the country.

The focus of the forum is how we can create good jobs that put more Americans back to work, and President Obama will announce new job initiatives for rural America that will do just that. The initiatives will include recommendations from the White House Rural Council that include helping small businesses in rural areas access capital, expanding rural job search and training services and increasing rural access to health care workers and technology.

Watch President Obama's opening remarks at 12:50 p.m. EDT and closing remarks at 3:30 p.m. EDT on WhiteHouse.gov/live to learn more about the President's plan to create jobs in small cities and towns across America. 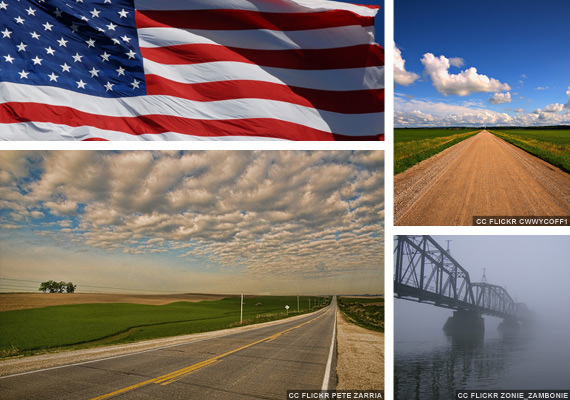 Located about 10 miles west of the Mississippi River, the fast-growing town of Peosta is an example of a community that would benefit from the President's new jobs initiatives. Before President Obama's visit, Mayor Dick Avenarius said, "I think that it's quite an honor to have the President choose our town...[It] is pretty neat because he's going to be in a farm community. It's going to be small businesses and farming that create job growth in this country moving forward."

Advanced education or new skills training at institutions like Northeast Iowa Community College, which offers technical and applied sciences degrees in categories from agriculture to welding, can prepare workers in towns like Peosta to keep the economy moving. As President Obama said this June in Bettendorf, Iowa, it's the investment in new skills that will keep America competitive in the 21st century so the products of the future "bear the proud stamp that says 'Made in America.'"